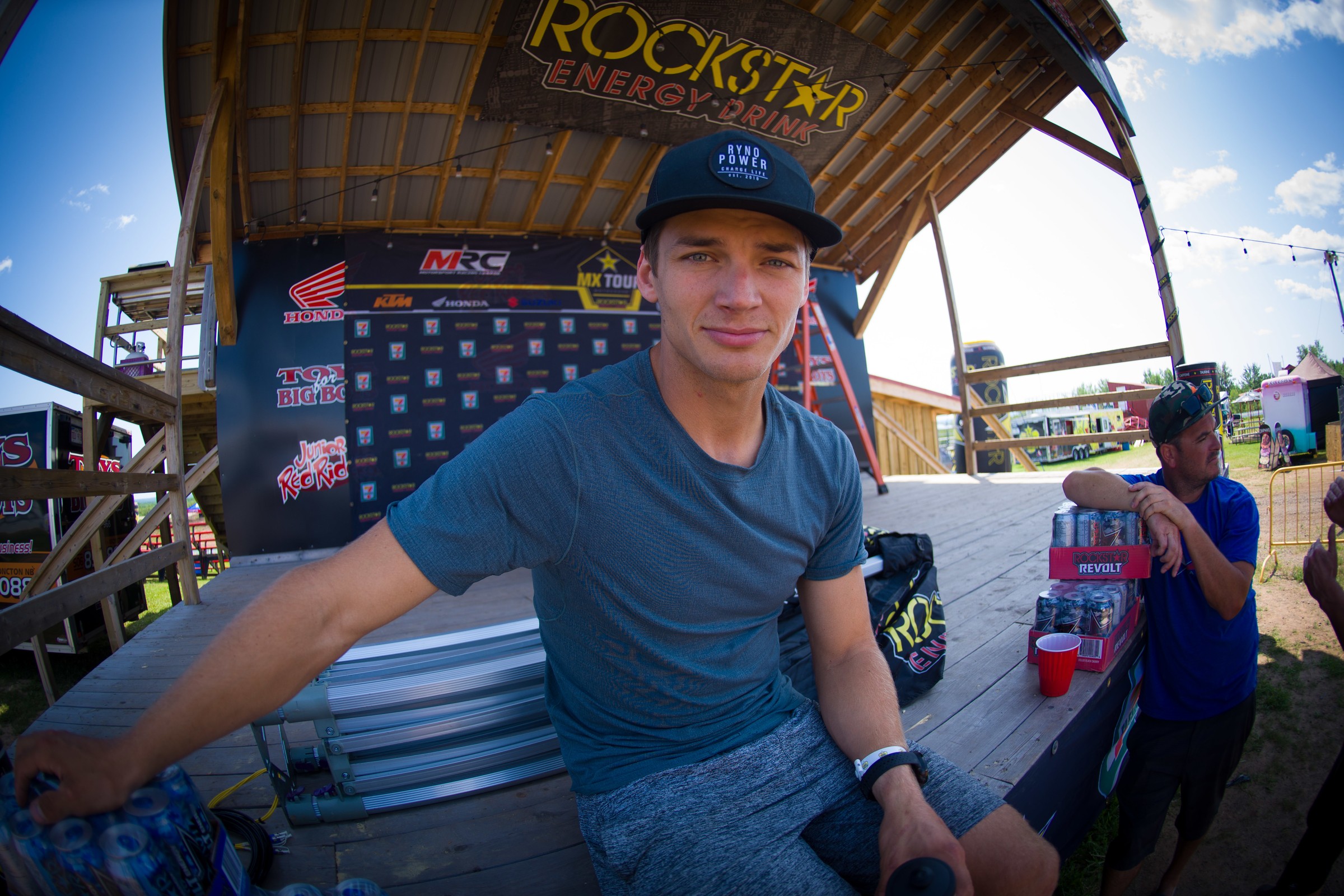 The MX Sports Pro Racing office next door to us at Racer X received an email on June 27 from the AMA, which stated that Cade Clason's FIM suspension, due to a failed anti-doping test in 2017, had expired. The email stated that Clason is "now cleared to apply for any professional racing license and cleared to compete at any level both Nationally or Internationally as a professional athlete.”

Steve Matthes caught up to Clason following his first Pro Motocross race since the 2016 Ironman National, 1,078 days ago.

Racer X: Welcome back. What was it like? Were you a little nervous? Were you a little excited? How was it back being on the line at an AMA race?
Cade Clason: I wasn’t really nervous. It was weird. I was actually really excited. I was just kind of happy to be here. Everyone was really welcoming. They all love my butt patch. Everyone was laughing about that. That was good. I liked it. I was really just here to have fun and see where I was. It was weird. The intensity of the first laps here are so much crazier than in Canada, and I kind of forgot that. Second moto I started up front and I just couldn’t deal with it. My heart rate got super high and I was riding like a total squirrel. I guess it’s going to have to come back with time.

We were talking before the day and I thought both motos in the points, you should be very happy. You said you would be happy. Despite starting 13th, you were close to that goal. So, I think that was okay.
Yeah. Like you said, points was the goal. First moto I was going forward. I started 40th and got 22nd. Second moto I started 13th and I think I got 23rd or 24th or something. Like I said, second moto I just couldn’t handle the first few laps and I started getting sketchy and it cost me a lot at the end of the moto. It sucks, but it is what it is and I’m just glad to have fun. I’m glad I made it in.

You got the last spot in.
Qualifying did not go great. I did not ride well at all in the last qualifying time. I was happy to get to race. My race speed was obviously way better, so I was happy with that.

I didn’t think the track would get as rutty and as railroad-trackish as it did, but I guess the rain last night and the night before or something really made it soft.
Yeah. Usually I like that kind of stuff, but I got really uncomfortable the second moto. There were some really big holes. They didn’t really groom anything, which is cool. I’m not opposed to that. Like I said, I got uncomfortable. When I was battling with those guys, I was trying new things and it wasn’t working. That’s my own fault. Like I said, it will come back with time. I just got to keep going.

There was honestly a point in time when I never thought I would get to race in the states again. But man today was fun and I don’t think a smile ever left my face. Qualifying was a little rough and a small bike issue towards the end of moto two hinder my moto finish a bit but, that’s the way it goes, thanks everyone for your support this weekend. Everyone seemed to love the butt patch @c_soviak105 ?? one more race in Canada next weekend and I hope to see everyone in. Indiana in two weeks. ? @sdenzlerphotography @skyracing17 @skyhelicopters @vestaproperties @parkridgehomes @internationalmotorsports @fxrmoto @6dhelmets @sidimotousa @mikametals @yoshimura_rd @superior_suspension_settings @mobiusbraces @rekluse_motorsports @rekluse_motorsports @husqvarnamotorcyclescan @worksconnection @ssidecals @ride100percent @rynopower_canada @rynopower @polarglobal @lrxperformance

What were some of the reactions you got from officials or riders or team members or anything else that you were racing again?
A lot of the officials, [Jeff] Canfield and all the starting line guys, they all came up and shook my hand and were like, “It’s good to see you back.” They were all super welcoming. Fans were coming up and saying hi and that kind of stuff. That’s cool. It’s good that I’m not just a ghost that everyone forgot about.

Next week you got Walton. You’ll finish your Canadian round. What do we think about Indiana?
It’s up in the air. It’s hard for the team because they’re from out west and have been on the road for two months now for the Canadian stuff. They want to go home. Marshal [Weltin] had a really good day. I had an okay day. We’re going to try and talk them into it. If not, it’s up in the air. I don’t really want to ride my practice bike because it’s got some time on it. So, we’ll see. I’d love to be there. I love that place. I got my career-best finish there. I’d like to be there. We’ll see in the next week or so.