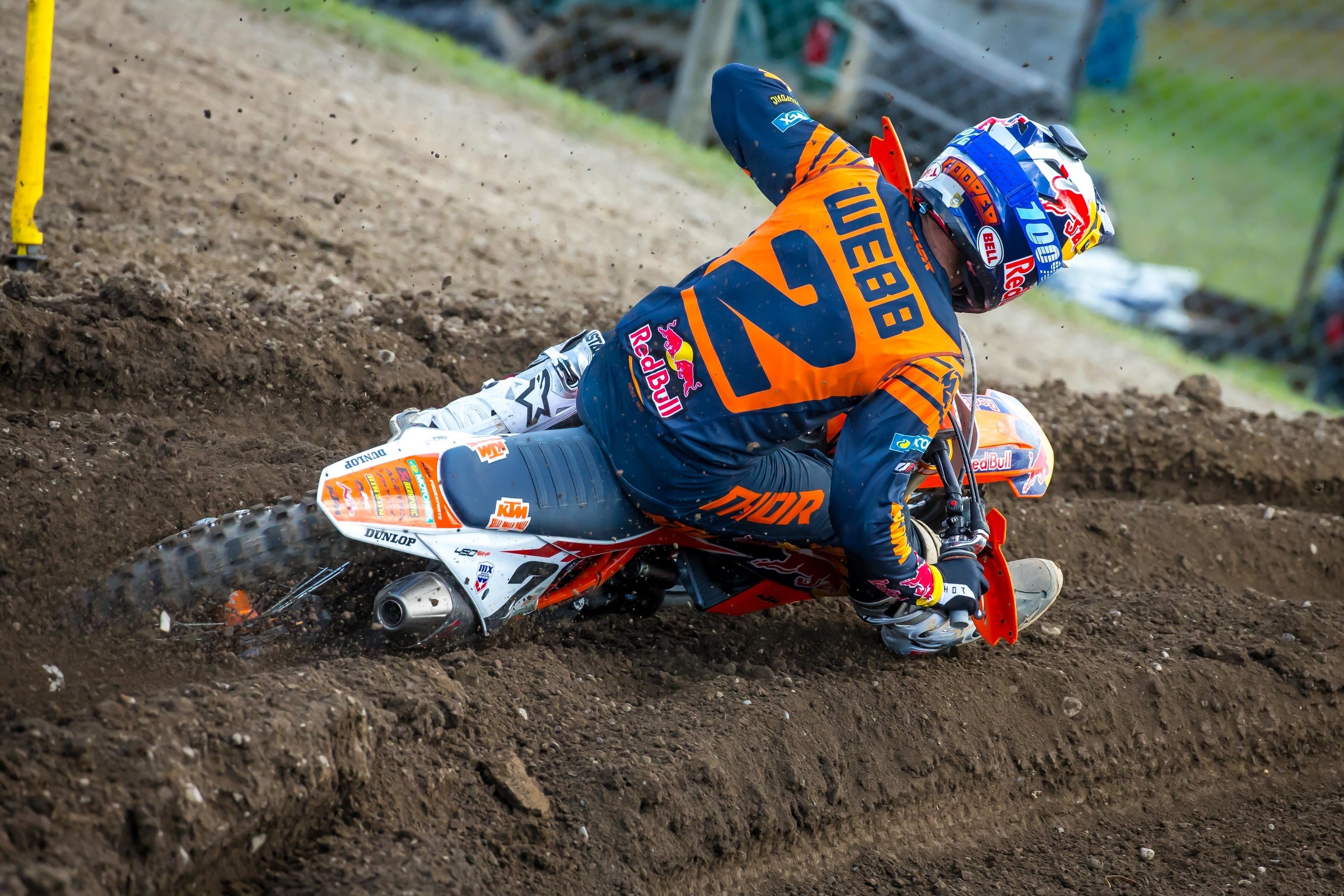 Comment: Like last week, we haven’t received an official word on Blake Baggett’s status for the weekend—although as of this morning he wasn’t on the entry list. He missed Unadilla due to an illness he’s been dealing with this season, and if you’re making bets on who lines up at Budds Creek, he probably wouldn’t be a good one (Hint hint for those PulpMX Fantasy players).

Saturday morning Update: The Rocky Mountain ATV/MC-KTM-WPS team announced last night on social media that Blake Baggett will miss the remainder of Pro Motocross “due to a lingering sinus infection that eventually turned to a staph infection in his right eye.

Comment: Hill is out for the season due to a shoulder injury. He’d hoped to be back for few races at the end of the season but it didn’t work out.

Comment: Merriam is out for the season after breaking and dislocating his pinky in a collision with another rider at Washougal.

Comment: Peick isn’t ready to return after sustaining major injuries at the Paris Supecross in November.

Comment: Seely is out for the season after tearing his labrum and fracturing his glenoid socket. He recently announced his retirement.

Comment: Webb is out for the season after suffering a bone contusion at Unadilla.

Comment: Auberson will return to racing this weekend after missing multiple races.

Comment: Covington hasn't raced since the Thunder Valley National on June 1 after being diagnosed with the Epstein-Barr Virus in early June. He’ll make his return this weekend at Budds Creek.

Comment: Crown came back at Unadilla following a thumb injury but the rough track aggravated the injury even more. He’ll sit out Budds Creek and come back for the finale at Ironman Raceway.

Comment: Forkner will not compete in the 2019 Lucas Oil AMA Pro Motocross Championship due to a torn ACL suffered during supercross.

Comment: Hayes tweaked his knee at Unadilla and will miss Budds Creek. He may be back for Ironman Raceway.

Comment: Lawrence had surgery on his collarbone recently following a practice crash before Washougal. He missed last week’s racing but will return for Budds Creek.

Comment: Martin had a complicated recovery after sustaining a burst fracture in his back last year at Muddy Creek. He posted to Instagram yesterday that he was back on his bike for the first time since the crash. he’ll be back racing in 2020.

Get the Latest racer x brand

Comment: Shimoda came into Unadilla with a sore shoulder, which he banged up more in a couple of crashes on race day. He’s in for Budds Creek.

Comment: Smith is recovering following surgery to fix damaged tendons in his wrist. He’s more than likely out for the season.

JALEK SWOLL – BANGED UP | OUT

Comment: Swoll will miss Budds Creek with what the team says are complications from a previous injury. Whether or not he’ll be back for Ironman is yet to be officially decided.