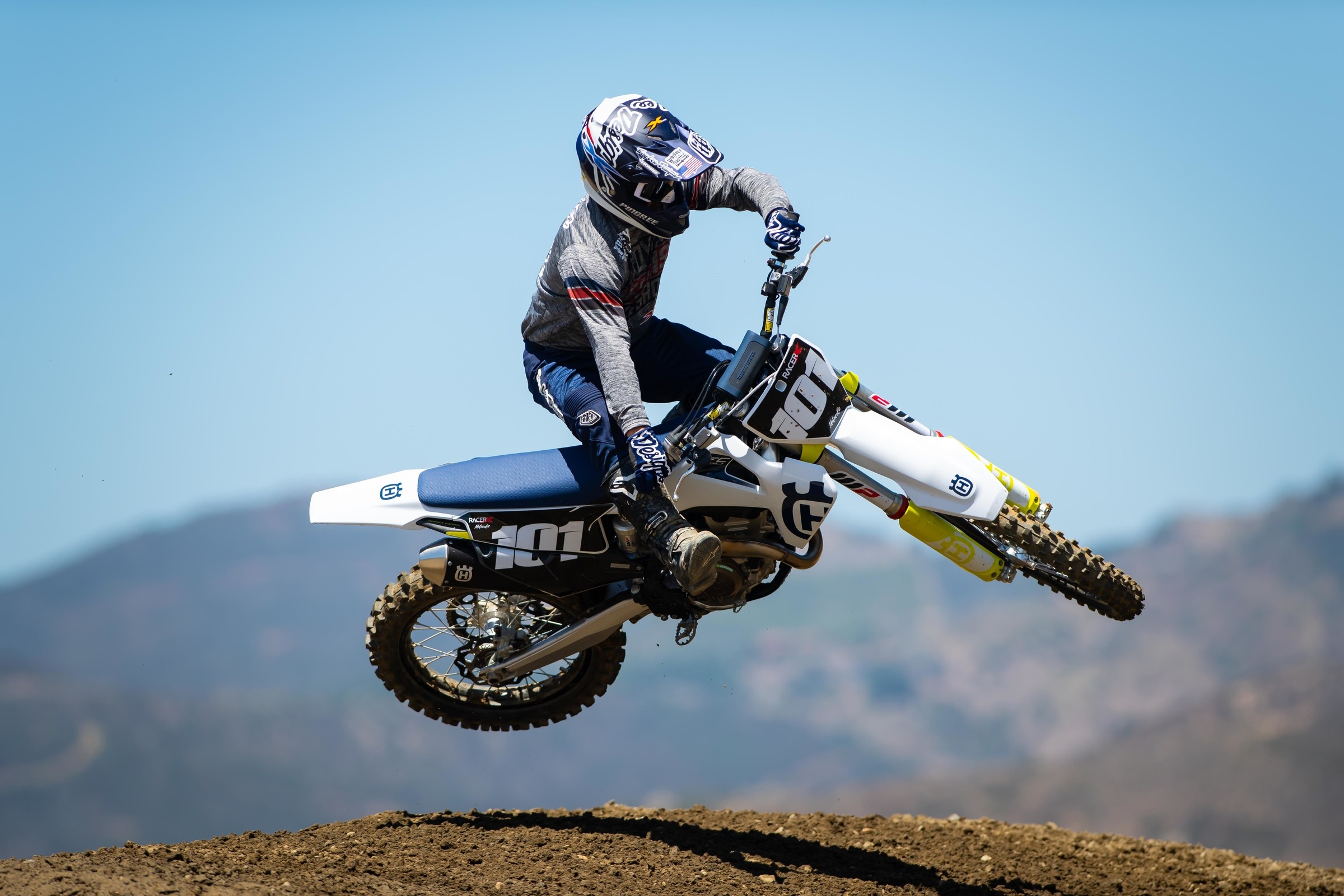 Just want to jump in the fray on the training/recovery topic that seems to have a lot of attention right now. Eli Tomac trains in high altitude and seems to handle the different regions and weather very well. Olympic teams train at altitude and seem to do well. I live in the Southeast and while I may be acclimated it still is tough to do outdoor stuff without suffering. When I go to Colorado to dual sport in the summer, I pack an oxygen tank and defibrillator and write my name and address on my forehead before I head out, yet they come here and just complain about the humidity but still perform well. Do you think the high altitude is a big advantage to an athlete going all over the country? Does Aldon Baker need to move the camp from Florida to Nepal in South Asia and hire a Sherpa for an assistant?

There are more factors at play in regards to Tomac’s fitness than just geographic location. Yes, many athletes train at elevation, and there is science behind that practice. But there is also something to be said for being acclimated to the climate you’re going to be competing in. Riders training in Florida will find every race north of them a more hospitable environment than what they ride in daily, with very few exceptions. And you needn’t look further than the scoreboard to see that Aldon’s techniques work; he’ll need to build another structure soon to house the number one plates he’s accumulating with his riders.

Tomac has chosen to stay at home and he’s making it work. But let’s not downplay the fact that both of his parents were elite-level athletes in their day, providing a wealth of knowledge to Eli in regards to training/nutrition/recovery/etc. And there is also something to be said for genetics. I don’t know his data offhand, but I’d venture a guess that ET’s VO2 max numbers and his anaerobic threshold—both of which are largely predetermined by genetics—are in a range that only a lucky few possess. I’m thinking his resting heart rate is in the 30s, not much quicker than a hibernating bear. So, regardless of where he calls home, Eli has the tools and DNA structure to be a successful athlete in any realm. Another consideration is your own personal makeup. For example, I sweat like Kim Kardashian trying to squeeze into a pair of skinny jeans any time the temperature climbs above 75 degrees. So, for me, the humidity was a killer because my body’s cooling mechanism was less effective. The elevation wasn’t that tough for me because temps were typically cooler. So, I believe I would be better off staying in a humid location and adapting to that environment, while a rider who is less affected by heat could live at elevation and not struggle as badly when they get to a race.

Anyway, maybe you should consider a neck tattoo with your pertinent information and blood type included if you’re going to continue the Colorado trips. Best of luck.

My question is about qualifying: How motivated are riders to qualify fastest? It seems to me, especially in supercross, that anything in the top six or eight gets a rider a good gate pick. An eighth fastest time in supercross gets the fourth pick in either heat. Surely the fastest guys can work with that just as well as the first pick.

I ask because of Austin Forkner's experiences in supercross this year. The kid quite literally took himself out of the season with a series of wild practice sessions. Why not settle for third fastest each week, with a virtually equal chance at a holeshot, and make it through the season and win it all?

According to the team, @austinforkner will undergo more tests on Monday to “get a more detailed diagnosis and timeframe for returning.” ? @supercrosslive

I have to believe that if Austin could rewind the clock, he’d be a little smarter about pushing it during timed qualifying. It was telling that he admitted he crashed every weekend trying to push so hard, and yet he didn’t make an adjustment. What it told was that he’s a teenager who’s all testicles and testosterone and not enough experience. You’re right about starting position: the difference between first gate pick and fourth isn’t the difference between winning or finishing off the podium. I think some of the drive to be fastest qualifier has to do with confidence. Riders believe if they qualify well, it will translate to a good finish, and often times it does. There is always a limit, however, and Austin found it… then he went, like, five miles past it. Forkner is insanely talented and he’s a hard-working kid, so he’ll be fine. Sometimes lessons like these have to be learned the hard way. Hopefully he makes a complete recovery and picks up where he left off this season… minus about five percent during qualifying.

Thank you... the recent episode of The Whiskey Throttle Show with David Bailey was, by far, the best interview I have ever heard. I’m 48, so Bailey’s era was when I was 12 to 16 years old. All I wanted was motocross in my life and I was a big fan of his, and many others. I remember so much about that time and hearing him talk about it was wonderful. He has always been a class act guy and I was fortunate to meet him a few times and have dinner with him when he came to town for a Manchester Honda rider appreciation night. His recount of that horrible day of his injury brought me to tears all these years later, just like it did when I was 16 and found out about his crash. Thank you and Grant for just letting him talk and not steering him so much down a path of conversation. It was a great listen and it must have been awesome to be there. Thank you both again and a big thank you to David Bailey for his openness.

Thanks for the kind words. Like many fans who grew up watching that era, those riders were larger than life. Sometimes the people we look up to when we’re young can be a disappointment when you finally get to meet them; I’ve certainly had that happen to me. But with David, I’m more impressed with who he is as a person now than I ever was when he was a racer. He is humble, professional, funny, articulate, and more honest than any rider I’ve ever met; who else have you ever known who would make excuses for why he WON a championship?! And you’re not alone about the emotional roller-coasted he took you on; GL and I were fighting back tears several times. David Bailey has never been more “The Icon” than he is after hearing his whole story. Champions in sport are rare, but not nearly as rare as genuinely amazing people. David Bailey is both of those things.