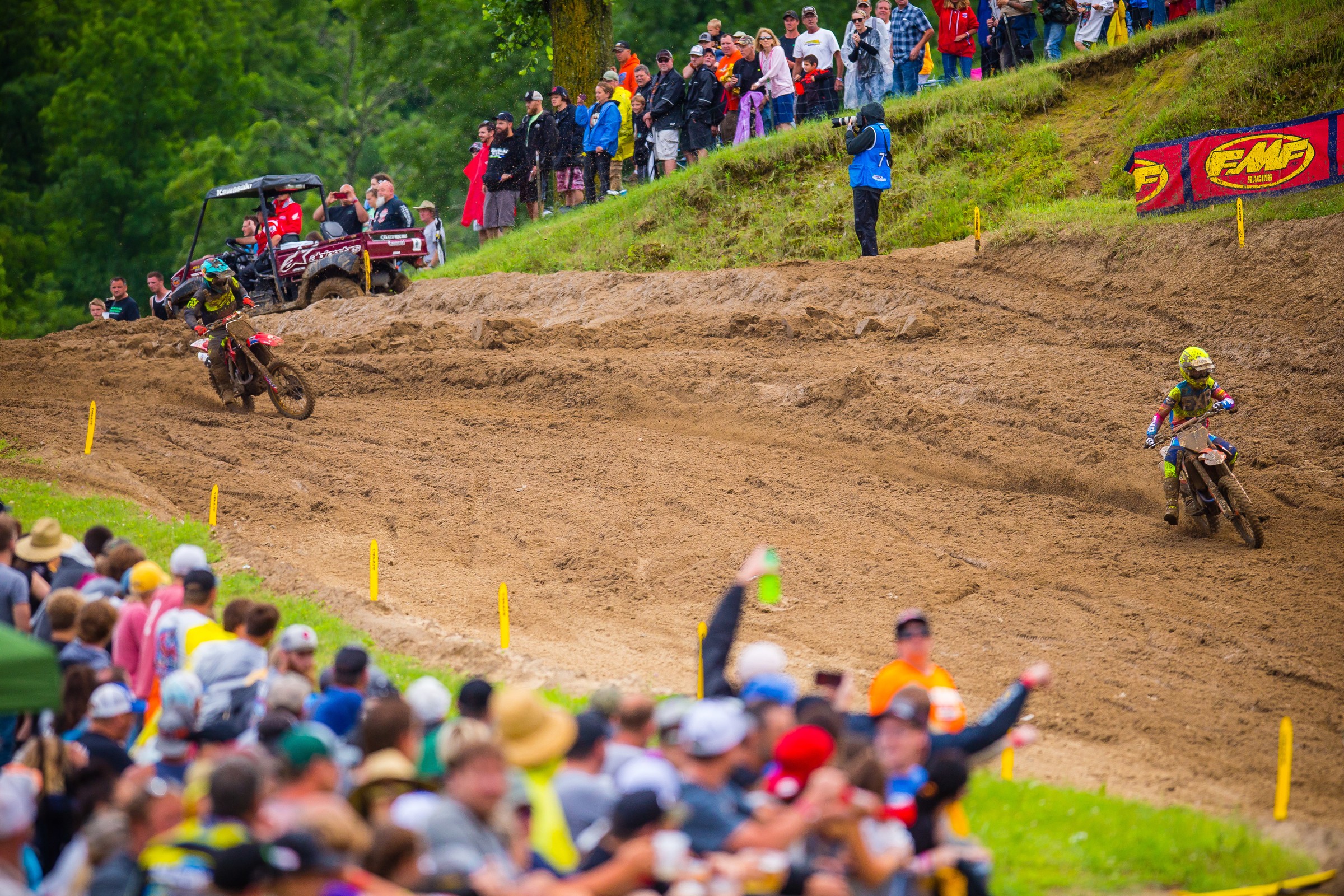 Simply put, round eight of the 2019 Lucas Oil AMA Pro Motocross Championship was gnarly. There was rain, lightning, more rain, and more lightning and the race day schedule had to be adjusted due to the lightning. It was just a challenging day for everyone.

Generally whenever conditions are tough like they were in Millville, Minnesota, at the Spring Creek National, privateer riders seem to pop up in places we don’t usually see them—near or at the front of the pack.

It seems that the “moto gods” have a way of restoring order whenever privateers attempt to make their way to the front. An example? Ramyller Alves almost gets the holeshot—he had it until he went wide on the first turn and ended up in the water truck lane, taking away his chances of getting an actually good start to the moto.

Example two: Zane Merrett finished 13th in the first moto. At the start of the second moto, Merrett was right behind a rider who went down—being in the wrong place at the wrong time—and ended up catching a rear wheel to the face (luckily, he is okay, just a little banged up).

Very fortunate to walk away from @scmxpark this weekend Q12th Ran 8th the whole first moto untill last two laps fell a few times finished 13th CAREER BEST... and then off to a awsome start on moto 2 and then it was over... nothing I could do, just glad god was watching over me?????? we’re safe super sore and cut up but there’s tomorrow??????

Alves actually was caught up in the crash as well, endoing over the downed bike. It turns out he's okay, too!

See, order restored. But then there’s a guy like John Short who laughs at said “moto gods” and threw down 6-8 moto scores for seventh overall on the day. So, there's that.

So we decided to put them all together for a nice Privateer Island powwow as I set up a group chat with Merrett, Alves, and Short, as well as Henry Miller and Isaac Teasdale. Each of the riders in this group chat—completely spontaneous by the way—had stellar moments, and not-so-stellar moments, this past weekend at Spring Creek Motocross Park.

What could go wrong?