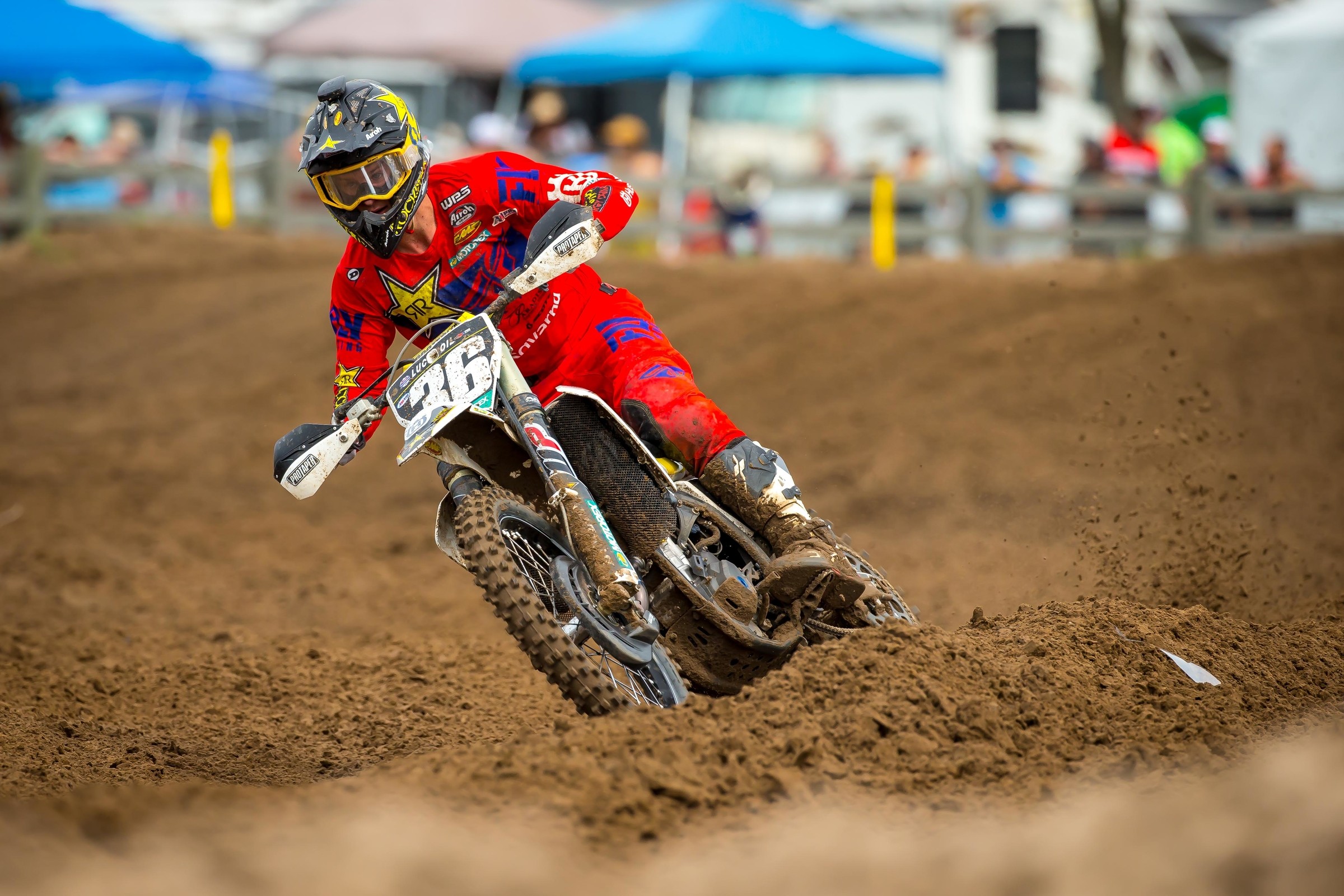 Comment: Hill underwent surgery to fix ligaments in his shoulder and is out for the immediate future. If his recovery goes well, he could be back for the final three nationals.

Comment: Merriam suffered a broken collarbone, fractured T1 vertebrae, fractured rib, bruised lung, and pulled groin at Thunder Valley. He posted on Instagram yesterday that his first day back on the bike was successful and that there would be "three weeks and we go racing."

Comment: Seely sustained a torn labrum and fractured glenoid socket while practicing before High Point and is out for the season.

Comment: Wilson will make his 2019 Lucas Oil AMA Pro Motocross Championship debut this weekend after missing the first six rounds (and the last several supercross races) due to a shoulder injury.

Comment: Auberson missed Southwick after suffering a concussion at Thunder Valley but at the time of posting his status for this weekend was unknown. Update: Auberson posted on Instagram that he was ready to race this weekend at RedBud but suffered a hard crash on Wednesday and will now keep him out this weekend. "Disappointed is the only right word to describe how I feel the last past month," he said in the post.

Comment: Cantrell is looking to return for Spring Creek after breaking his wrist.

Comment: Covington was diagnosed with the Epstein-Barr Virus in early June and will not race at RedBud.

Comment: Crown will make his 2019 Lucas Oil AMA Pro Motocross Championship debut this weekend after missing the first six rounds due to two compressed vertebrae in his back.

Comment: Falk is back on the bike after breaking his collarbone at Hangtown but he is out for this weekend.

GARRETT MARCHBANKS – BANGED UP | OUT

Comment: After suffering a bad crash at High Point, Marchbanks will miss his third-consecutive race this weekend at RedBud.

Comment: Mosiman suffered a minor crash in practice last week that sidelined him for this Southwick but he is in for this weekend at RedBud.

Comment: Sexton overheated after winning the first moto in Florida, and was unable to race moto two. He was also unable to race moto two at Southwick. He took a battery of tests this week and was waiting on blood work to determine his status for the weekend. However, we received word from today the team that Sexton will race this weekend.

Comment: Smith is recovering following surgery to fix damaged tendons in his wrist. Depending on his recovery time, he might return to the championship for the last few nationals.