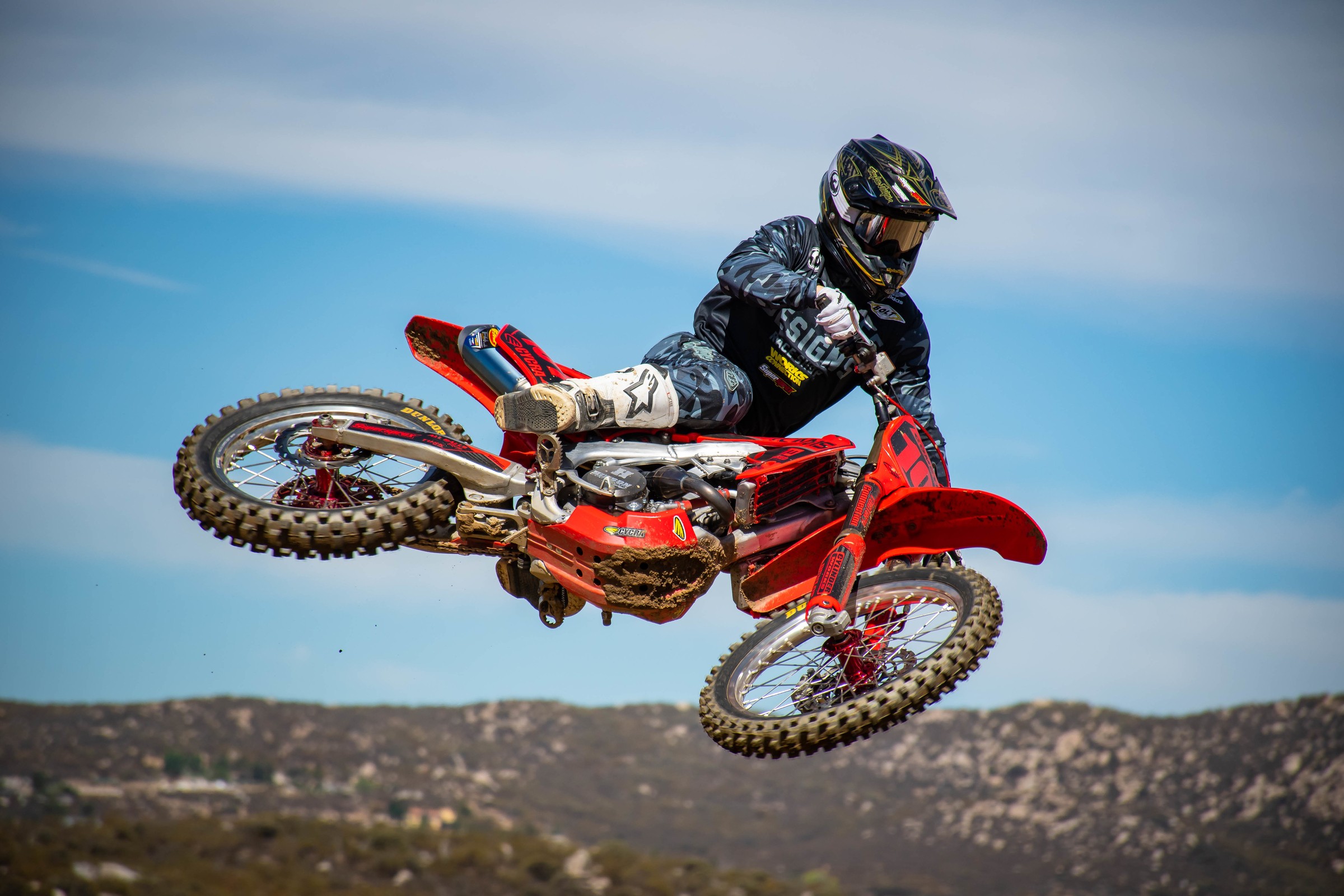 Something that's been rattling my cage as of late. I was recently seeing that Suzuki's new lineup of 2020 steeds consisted nothing more than BNGs and the public's reaction was "Suzuki's place in motocross is coming to an end" to "Who would want to pay the same price for last year's bike that still doesn't have electric start?" I think it would be a sad day to see Suzuki shut its doors in moto so, in my opinion, I think all the OEMs should follow the same path and not go too crazy with developing their machines every year, but every two years so that, 1) a bike the regular Joe buys the first year has some trade in/selling value or keeps it two years instead of putting the house up for collateral to buy one every year and 2) it would not only save the OEMs a lot of money that way but would allow them to have time to develop a way better machine after two years and not rush something that might not work very well. I even think a bike being carried over from the year prior would allow professional racers to feel more comfortable allowing more time to get in tune to it, hence maybe less crashes. One full year of motoing on the same bike allows more develop time than a few months in my opinion. Yeah yeah, I'm familiar "Everybody wants the latest and the greatest,” but society needs to slow the heck down and start having the mentality to live within our means. This idea could keep dirt bikes from skyrocketing in price year after year, let a company like Suzuki catch up with development, and allow a year-old bike to hold its value being its still the same thing other than the famous BNGs changes.  Just sayin’.

You make a good point and, for the most part, that’s the way it has been. Companies will release an all-new machine and then fine tune it for two to four years before releasing another revised version. KTM have cut that time way down by essentially releasing two bikes per season, drastically steepening their development curve. It’s hard to say if they will continue down that path or if that was just a good way for them to get caught up back in the early Ryan Dungey era. Remember, it wasn’t that long ago that KTM was the laughing stock in the premier class over here. Flash forward, they have won the last five supercross titles in a row. Not much laughing going on now. Suzuki seems to be having trouble getting their feet under them the last handful of years, but they’ve had incredible success in the past. Obviously, it would be bad for the sport if they were to fold, but I don’t see that happening. Things have a tendency to change, if you haven’t noticed. Honda, for instance, used to be the superpower in the 1980s and 1990s, but they are on a dry streak right now that would send the most self-respecting man to the showers with a Sports Illustrated swimsuit edition and a bottle of Jergens faster than you can say “hairy palms.”

Give it some time and the tides will turn once again. #yellowmagic

Long time reader here first time asking a question. Actually, I have some questions about the practice bikes. How do they (the teams) keep updated the setups between the practice bikes and the race bikes? Do they use the same bikes for SX and MX? At the end of the season the rider has to return the practice bike to the team? What do the teams do with the bikes from previous seasons? Thanks in advance.

This isn’t a cut-and-dry answer. Each team does it a little differently based on their budget, where the riders live, how many riders they have, etc. For the most part, teams do their best to keep the practice bike and race bike very similar. There are often small differences for better reliability or simple cost, but for the most part they are close. Riders will often go through a couple different race bikes during each series and the old race bike will replace the practice bike, so there is a rotation. Again, not all teams do it this way, but it has been a common practice. At the end of the season all bikes are returned to the team and they put them back to stock and sell them. Factories send those bikes to a loan pool to be sold to dealers as used bikes and support teams sell the bikes and pocket the money.

How many times have you seen this unfold during a race? Rider crashes—not necessarily a bad crash, maybe just a simple washout in a turn. Rider picks up his bike, remounts and takes off. Rider immediately realizes the front brake/clutch lever has been rotated up/down in the crash and is essentially unusable in its current position. Rider starts banging the front brake/clutch lever up/down in order to try and get it into some position where he can actually use said lever during the remainder of the race. Rider keeps trying, finally giving up (or pulling into the mechanics area if it happens to be close by at that moment) to get assistance.

I wish I had a dollar for every time I've seen the above play out. Why do mechanics insist on torqueing down these pinch bolts to 300ft/lbs when the levers routinely get knocked out of position in a crash anyway and then it's impossible to get the lever back into a usable position by the rider? This is probably one of those questions where you now go on to explain a really obvious reason I'm not thinking of but I'm at a loss here. Seems like you should be able to have the levers tight to the point they don't move during a race but if you fall and they get moved (and they almost always do move), you can hit them a couple of times with an open palm and you're good to go.

I’m guessing you haven’t actually brought a torque wrench to the races to check the specs on different race bikes. Some teams run foldable levers that snap back into place, others run bendable levers that actually flex and return to their original form and still others run stock levers and have to smack them with their hand to move them back into position exactly as you described. These are all the riders’ personal preferences. I’m sure the mechanics tend to err on the side of too tight rather than too loose when it comes to bolts. Can you imagine how pissed the rider would be if his lever just started dropping mid-race because his bolts came loose? I’d come apart like Tomac’s pants at A1 last year. Besides, if the lever is loose enough to move in a crash it should be able to be smacked back into place, right? I think the problem is that riders just aren’t patient enough to take the few extra seconds and get the positioning right. These mechanics and teams aren’t idiots so have a little faith that they are making good decisions based on past experiences.