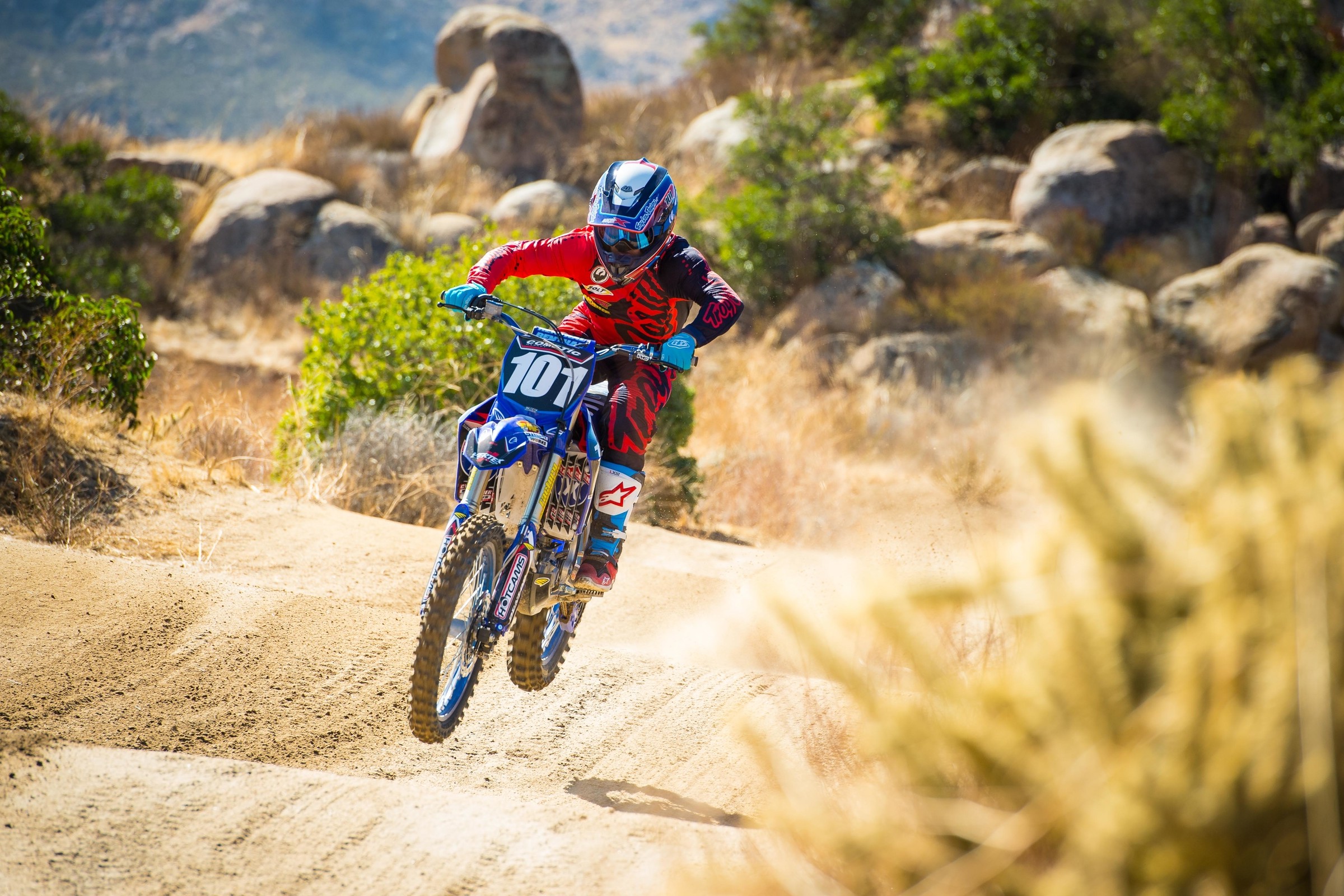 After reading the recent repost of your electric dirt bike article I had a question. It seems like the biggest benefit of electric bikes is their lack of noise, since building and charging batteries is about as bad for the environment as pumping and burning gas. Why can't manufacturers just agree to make their bikes quieter? Obviously, power would be reduced, at least initially until they developed new technologies, but 450s make more than enough power now, and besides slower bikes doesn't mean less fun. Riding is what we all got into this sport for, and if quiet bikes means more places to ride then I'm all for it.

I also have a question about your project bikes. I have a 2011 KX250F that I bought new and is mostly stock, but now as it is getting older, I want to refresh it and build it into a 2011 Monster Energy/Pro Circuit team tribute bike. I have the team gear from that year but finding older sticker kits is harder than a vegan's weekly poo. Do you know of a source?

Thanks,
Jeremy the quiet Canadian

Have you ever heard the expression that you can’t put shit back in the pig? Can’t smush the toothpaste back into the tube? Well, there were a ton of mistakes made when environmental zealots ushered in the four-stroke era, including sound. Yes, they overshot the cubic centimeters and totally screwed up racing as we knew it. Yes, they ushered in a massive spike in cost associated with motocross. They also didn’t think about how obnoxious four-strokes were in the sound department. It took years before they even addressed it in the professional racing arena. I remember sitting in the stands in Anaheim in 2005 watching Ivan Tedesco ride by; I had to bury my fingers in my ears because his bike was making my ears bleed. They made a slight adjustment but if you dropped the sound levels down to where they would need to be people would freak out. They would find one that was loud or modify an existing system to make it sound loud again. If they had made them quiet from the beginning you might have gotten folks to buy off on it.

As far as graphics go, I recommend calling DeCal Works. They are a go-to for me when I want a specific look and they can match exactly what you need. Just send them some images of the bikes from that year and they’ll get you sorted out. Good luck and send some pics of the finished project.

Perhaps you can provide some insight as to a possible reason for so much LAME stuff at the checkers in SX this year? I admit that I can understand the reasons that the sport is trying to adopt more NASCAR like practices with regard to teams having a very corporate look on the bikes, gear companies seemingly requiring all their sponsored guys on a particular team to wear matching colorways every weekend usually corresponding with the newest release the company has coming up, and helmet manufacturers making sponsored riders run stock style helmet graphics that a consumer could purchase in efforts to increase sales.

As much as I miss the days of wild, crazy graphics on the factory bikes, (that aside from the fender kits, really just said "YZ" OR "RM" etc. in some early ‘90s neon awesomeness), riders having the free reign to go get any gear/equipment sponsor and gobble up as much endorsement deals as possible, and last and DEFINITELY most important run the most bad-ass custom paint lid Troy Lee could dream up.....there is something that has changed in the sport recently that is absolutely driving me nuts.....

WHAT THE HELL IS UP WITH THE LAME CHECKERED FLAG CELEBRATIONS?!?!?!

I miss the good old days when Jeremy McGrath graced us with a Nac-Nac every weekend, Kevin Windham had his clickers, and Ricky Carmichael would whip it so upside down he could kiss the roof with his back tire and wink at the trophy girls down on the ground at the same time.

Now we have this strange epidemic that I can only call the finish line convulsion. For all I can tell, this year's winners are just so overcome with the emotion of winning that they whip into a strange seizure, unmistakably recognized by the rider crouching down low on the seat, throwing back the left arm over their head into either a number 1 sign or fist pump, and then vigorous and simultaneous motions resembling throwing a headbutt and trying to elbow themselves in their own stomach at the same time.

Ping, you've won. Perhaps there is something we non-winners do not understand about a main event victory that forces the current riders to act so nerdy.

I can’t speak for any of the guys doing the winning now, but back when I was winning, I didn’t even think about throwing a whip or doing a trick; I just wanted to get my ass across the finish line and make it official! I think at one of the races I did a victory lap and then hit the finish line again and threw it sideways. Winning races is so tough to do, I think most guys are just mentally and physically tired by the time they cross the line. Guys like RC and MC were doing so much winning that it wasn’t such an accomplishment for them. They were probably bored the last lap or so and thinking about what they could do over the finish line. I also think our sport has taken a turn in the past decade or so where it’s gotten much more serious. It just takes the right personality to make that stuff popular again. Who is it going to be?

Did you choose #101 because it was Bad Billy’s hotel room number when he hooked up with Sydney in Winners Take All? If not...then why?

No, but that is a great reason to run the number. When I quit racing, I wanted to pick a number that I could stick with for as long as I kept riding dirt bikes. I thought about going back to my amateur number or running my lowest national number, but I didn’t want to pick a number that a pro racer was using. I know how hard I worked to earn a national number back then and I thought it was disrespectful to the guys grinding it out at the races every week to steal the number they earned with their own blood, sweat, and tears. The top 99 numbers are earned and Josh Hansen had a lock on #100, so I went with 101. So, here’s to all the men who’ve dedicated their lives to racing dirt bikes and the national numbers they’ve earned along the way. And to everybody else using the number 101… piss off. That’s my number!