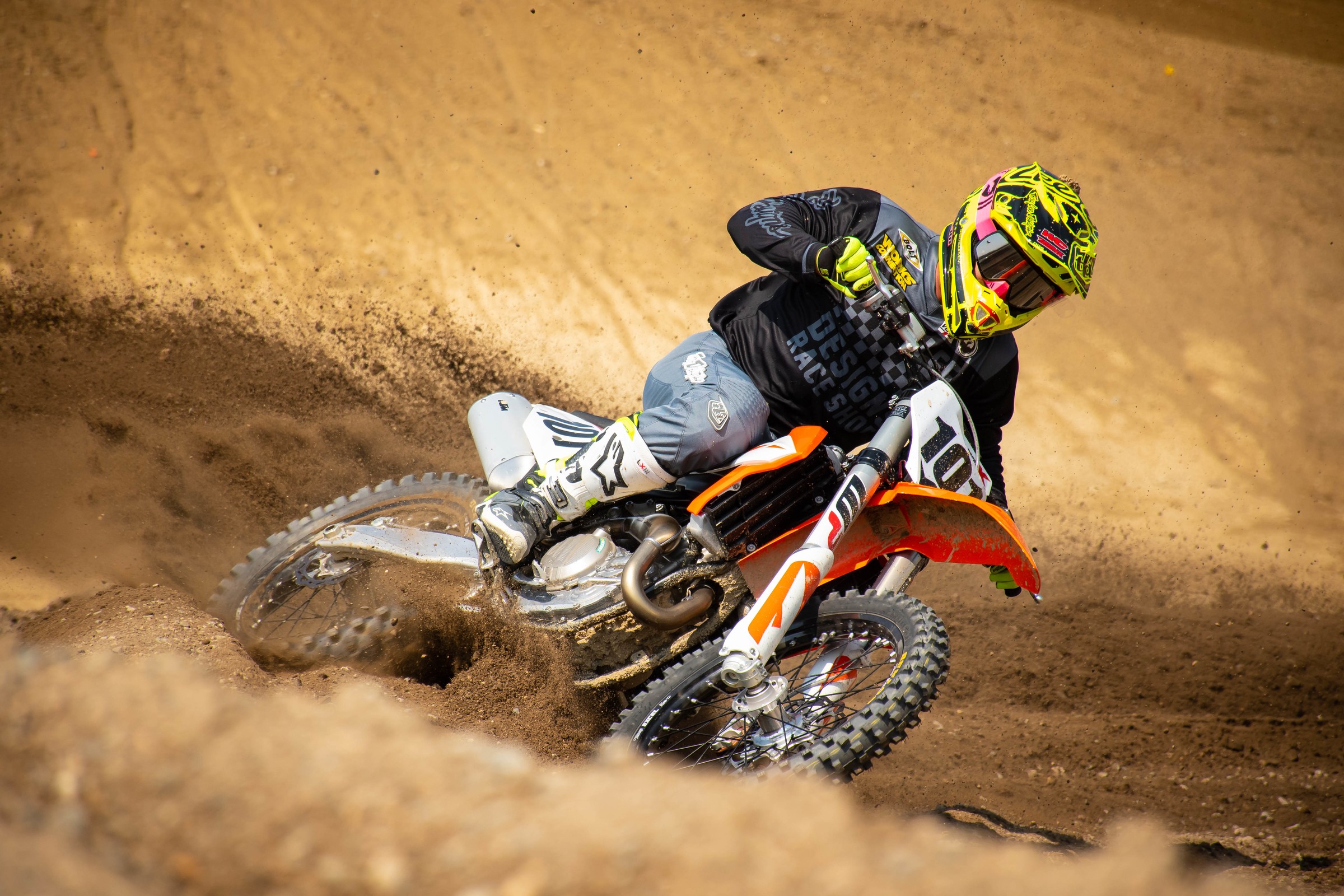 Love The Whiskey Throttle Show. Helps me survive the commute, mowing the yard, hours on the indoor trainer, etc...

Just listened to Grant’s background and it sounds like yours will be soon. It just reminded me of one time down in Costa Rica when you raced inside the bull ring arena. I am not sure what year it was, but would have been early ‘90s. There was one year when the fans of Adrian Roberts (the Costa Rican champ) were throwing beer bottles at the gringos. I would love to hear some crazy stories of racing like this before you had the Pro Circuit ride.

Great to hear from you my man; it’s been a long while. Glad you are liking the show. We’re about to grab another gear and go hard again and I’m excited for people to hear the guests we have coming up. I’ll go through my career at some point, maybe in June or July.

I remember vividly the races in San Jose, Costa Rica. The years I went down were 1993 and 1994. A couple of Texas boys, Terry Tinney and Billy Whitley (who would later go on to be my team manager at Primal Impulse/Suzuki) got me set up with the promoter down there. It was the first time I’d ever been out of the country and, man, it was a culture shock. Erik Kehoe, Pedro Gonzales, Jimmy Gaddis, and a few others raced those events as well and I was just following their lead and trying not to kill myself. The track was super tight, as you can imagine. Bull arenas are a small circle so all the berms were built up against the walls of the arena to utilize all the floor space. As a result, the fans could literally reach out and hit you if you went to the top of the berm. At one point an American rider, maybe Jimmy Gaddis, took Roberts out and the fans were losing their minds. They were throwing beer bottles at all of us and, if I remember correctly, bags of urine. It’s a different world down there and back then it was even worse. I was only 18 at the time but gambling was legal so they all took me to a casino and taught me to play blackjack after the races. I think I won $1,000 and I remember thinking that gambling was an easy way to make money; Vegas straightened out my way of thinking once I turned 21. Anyway, that was a really cool experience so thanks for bringing it up. Hope you’re doing well, Caleb.

I hope you’re doing well. Thank you for all your incredible journalism and the amazing The Whiskey Throttle Show podcast. I absolutely love listening to them, it's the best motocross podcast available and I honestly mean that. I am a B class level motocross rider and am looking at getting into hare scrambles races here in the southeast, which I've never done before. I've rode and raced both two and four-strokes and while I love both bikes the cost, simplicity, and fun factor of two-strokes has me leaning towards them. I just sold my 2018 KTM 250 SX-F and am looking to get a two-stroke for racing/riding in the woods. My last bike was a KTM 250 SX two-stroke and while I loved it on a motocross track it was too powerful on the trails/GNCC style tracks I rode it on. I'm leaning towards getting a KTM 150 since I'm new to woods riding and I figure it would be a fun, light, easy bike to learn riding woods on. I've only rode KTM’s the last 10 years so I'm super comfortable on them. I haven't ruled out Yamahas yet but I prefer KTM. I have read that the KTM 250-300 xc models are much tamer than a KTM 250 SX like I had but I've never ridden any XC models. I'm wanting to get a bike that I will only ride hare scrambles and trails on so it wouldn't be ridden on motocross tracks and would only be set up for woods. In your opinion what bike do you feel would be best for me to start woods racing on?

Thanks for your time.

I don’t think you can go wrong with the KTM 150 but your getting another bike that is designed specifically for motocross when you’re going to be riding off-road. They are very similar but bike setup is totally different for the two disciplines and I think you’d be better off with one of KTM’s off-road offerings. The KTM 250 or 300 XC with TPI would be really good choices. The power is designed to roll on a little easier, making it the perfect weapon for the woods or trails. Plus, the fuel injection makes jetting a thing of the past. I would at least try one out if you can before you pull the trigger on a new bike. Look for one of KTM’s ride days; those are perfect for figuring out which model you want to go with. Honestly, you can’t make a bad choice here.

I love your column, I find myself laughing out loud alone like a homeless guy in NYC. My question is what are your thoughts on newer bikes replacing the kick starter with electric only? Now I've had several dirt bikes over the years and they all had both. I'm a woods guy and I believe every bike should have e-start. I can tell you from experience that you'd be lucky to get three years out of a starter, and my 300 will not e-start before being warmed up. New bikes are coming e-start only and they cost MORE $$$, no surprise there. I think it’s a bad move; at some point you're going to need that trusty shin slapper. I personally will never buy a dirt bike without one! Thanks, keep up the good work.

You make a good point but the manufacturers had to make a choice between keeping two starting methods or dropping some weight. Most of the racing models are opting with the lighter weight because it is something they can eliminate without giving up any reliability. The big four Japanese brands have very stringent durability requirements. As you can imagine, they get sued left and right any time some kook breaks a part and hurts himself. Kawasaki has an entire team dedicated to durability testing and they require each bike to have an insane number of hours put on it to see what breaks and/or wears out. Mitch Payton used to encourage us to do it as prep for the nationals. I spent one day at Carlsbad doing three 40-minute motos on a bike that already had about 900 hours on it. It was a great assignment if you want to hate riding motorcycles. Anyhoo, if you ever find yourself on a bike that won’t start with a dead battery or broken starter, just find a little downhill and bump-start it. Works like a charm.