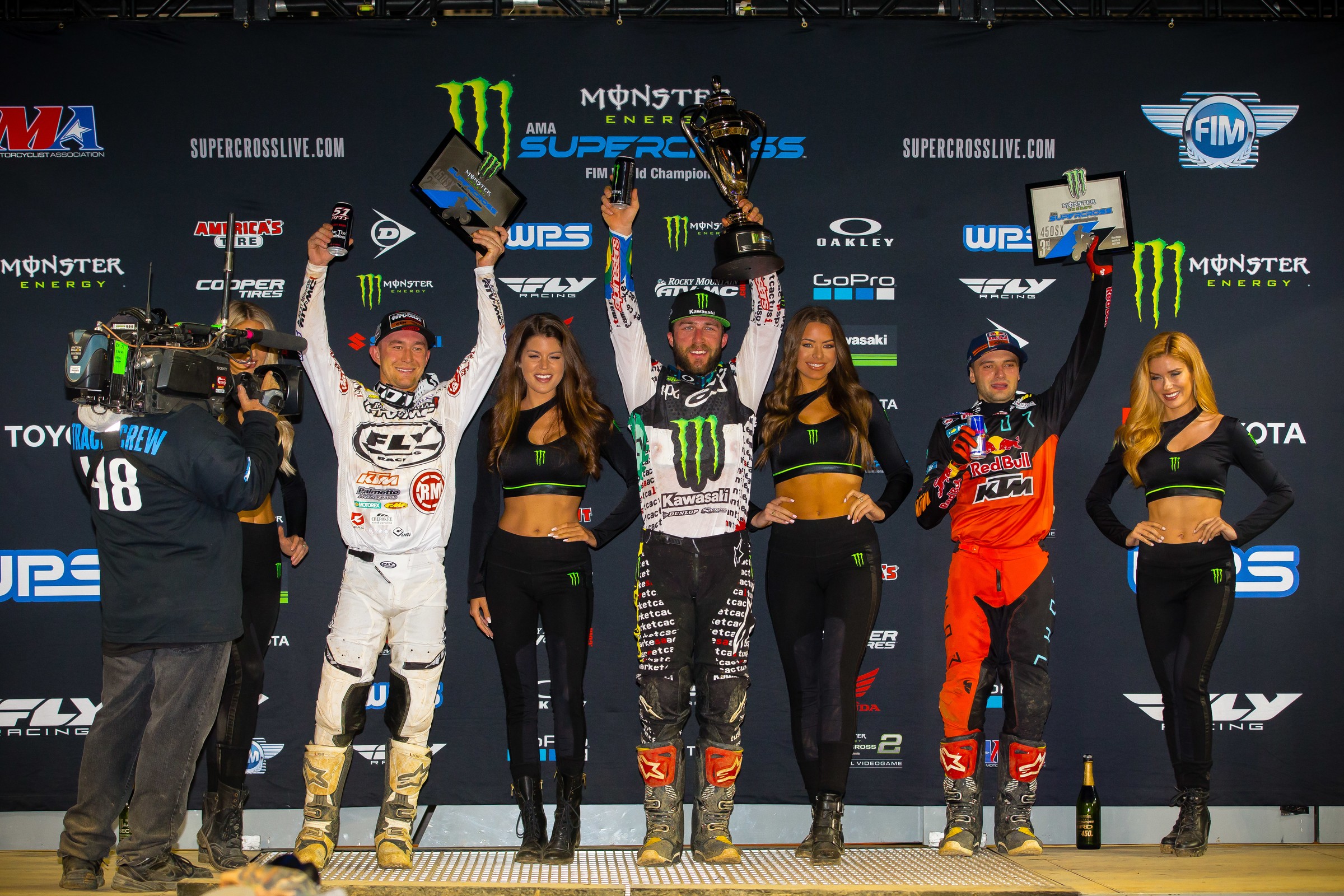 The Conversation Nashville 450 and 250 Podium

Tomac came from behind to secure his fourth win on the season and he moves into a tie for second in points with Red Bull KTM’s Marvin Musquin. They both trail Cooper Webb by 21.

Monster Energy Kawasaki’s Martin Davalos picked up his first win of the season in 250SX East Region. GEICO Honda’s Chase Sexton came back after being taken out by Justin Cooper to get second. With Austin Forkner out with a knee injury, Sexton is now just three points back. Cooper finished third on the night.