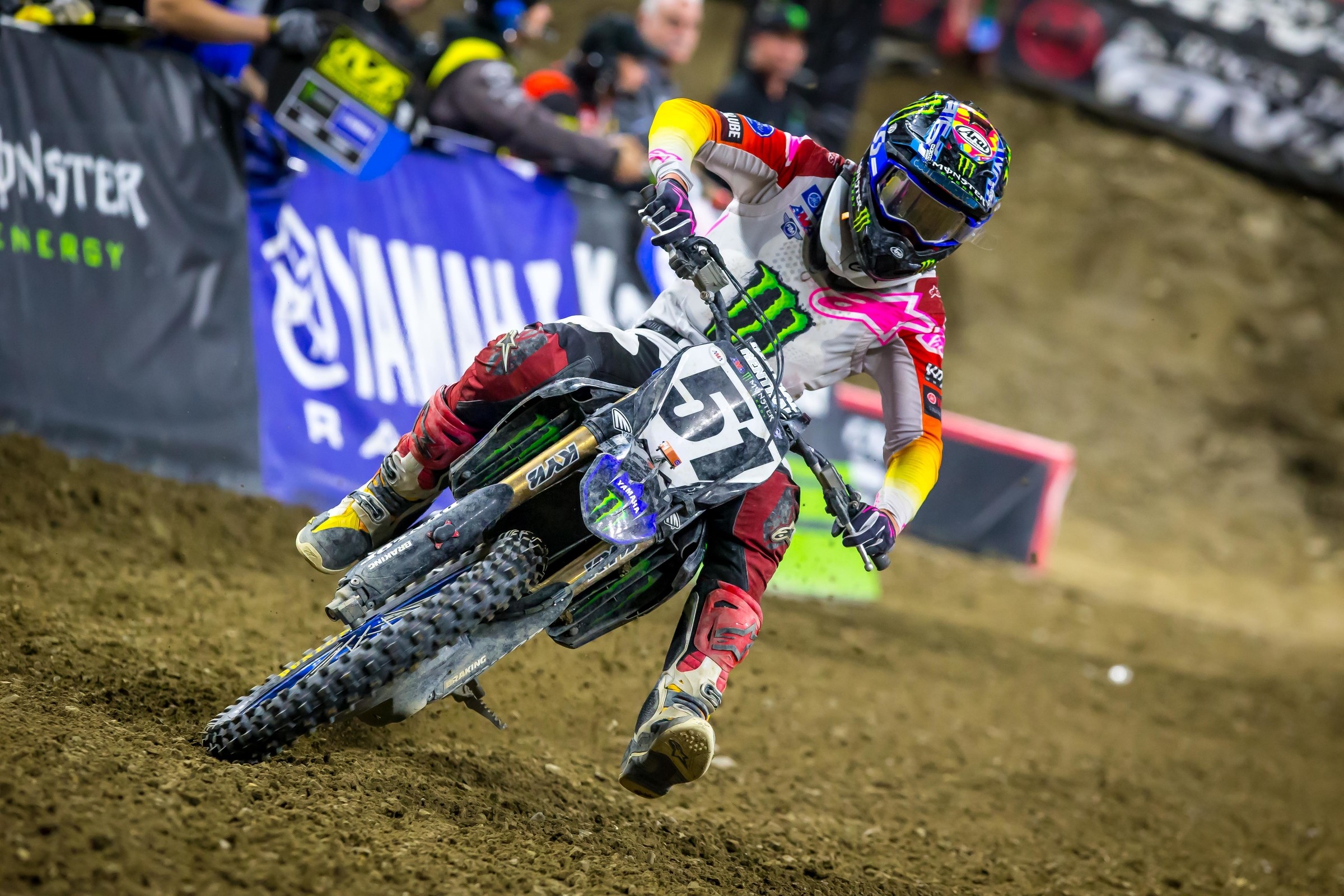 Do you ever read the Injury Report and wish there was something you could do to help these athletes? There is! Head over to Road2Recovery.com, where you can donate money not only to many of the athletes in this report, but also to injured unsung industry heroes who work behind the scenes to keep the sport we all love moving along.

Comment: If you’ve been going crazy waiting to see current footage of Anderson riding a motorcycle, you can relax, he’s back on the bike after breaking his arm and ribs, lacerating his liver, and sustaining a partially collapsed lung and injuring his back early in the season. He’ll be back for the Lucas Oil AMA Pro Motocross Championship.

Comment: Barcia crashed in Houston and hurt an already injured shoulder. He’s in for Nashville.

Comment: Apparently Brayton, who seems to get better with age, also heals faster the older he gets. After tearing his MCL and straining his ACL in a nasty crash in Seattle, Brayton is considering returning to racing in Nashville. An official decision is yet to be made.

[Update: Brayton is out for Nashville.]

Comment: Need proof most motocross racers are tougher than a barrel of angry barracudas? After breaking ribs, puncturing a lung, and fracturing his scapula in Houston, Catanzaro tried to get clearance to race in Nashville. Fortunately he didn’t receive it, but that didn’t stop him from hopping on his road bike and going for a 30-mile ride earlier this week. He hopes to be back for Denver, to which we say, “Settle down, AJ.”

Comment: Friese tore his ACL in Arlington and is out for the remainder of supercross. Mike Alessi, who has been filling in for him, will race his last fill-in round in Nashville.

Comment: Grant crashed in Houston and tweaked his neck, causing him to pull out. He’s in for Nashville.

Comment: Peick is doing much better after sustaining serious injuries at the Paris Supercross before the season. He’s back training and riding his road bike and is just waiting for his eye to heal more before he can get back on his motorcycle.

Comment: Reed triggered a chain reaction crash in Seattle that ended up with him getting landed on by Kyle Chisholm. Reed sustained eight broken ribs, a broken scapula, and a collapsed lung in the crash. Nothing is official, but Reed mentioned on Instagram he’d like to try to make it back to race Las Vegas.

Comment: Tedder is back on the bike but his wrist hasn’t been healing quickly. He’d hoped to be back before this point, but if he comes back at all in 2019 it’ll be in Las Vegas.

Comment: Ames is out for the season after suffering a compound fracture to his left radius and ulna.

Comment: Craig is back on the bike and hopes to make it back for the last two rounds of supercross.

Comment: Crown had hoped to be back for Nashville after dislocating his ankle after Atlanta. We were unable to get an official word on his status as of posting, but we do know he’s back on the bike.

[Update: Crown is out for Nashville.]

Comment: Lopes crashed during practice in Houston and popped his shoulder out of place and sprained his wrist.

Comment: McElrath’s team says he’s been dealing with nerve pain in his back since press day in Atlanta. In Seattle, it got bad enough to prevent him from participating in the night program. No timetable has been set for his return, although more than likely it won’t be until the gate drops on the 2019 season of the Lucas Oil AMA Pro Motocross Championship.

Comment: Smith was hoping to be back for Nashville but when he tried get back on the bike his wrist wasn’t up to the task. He’ll miss the rest of supercross.

Comment: Wharton crashed in Atlanta and tore his ACL, MCL, and meniscus. He’ll miss the rest of supercross.