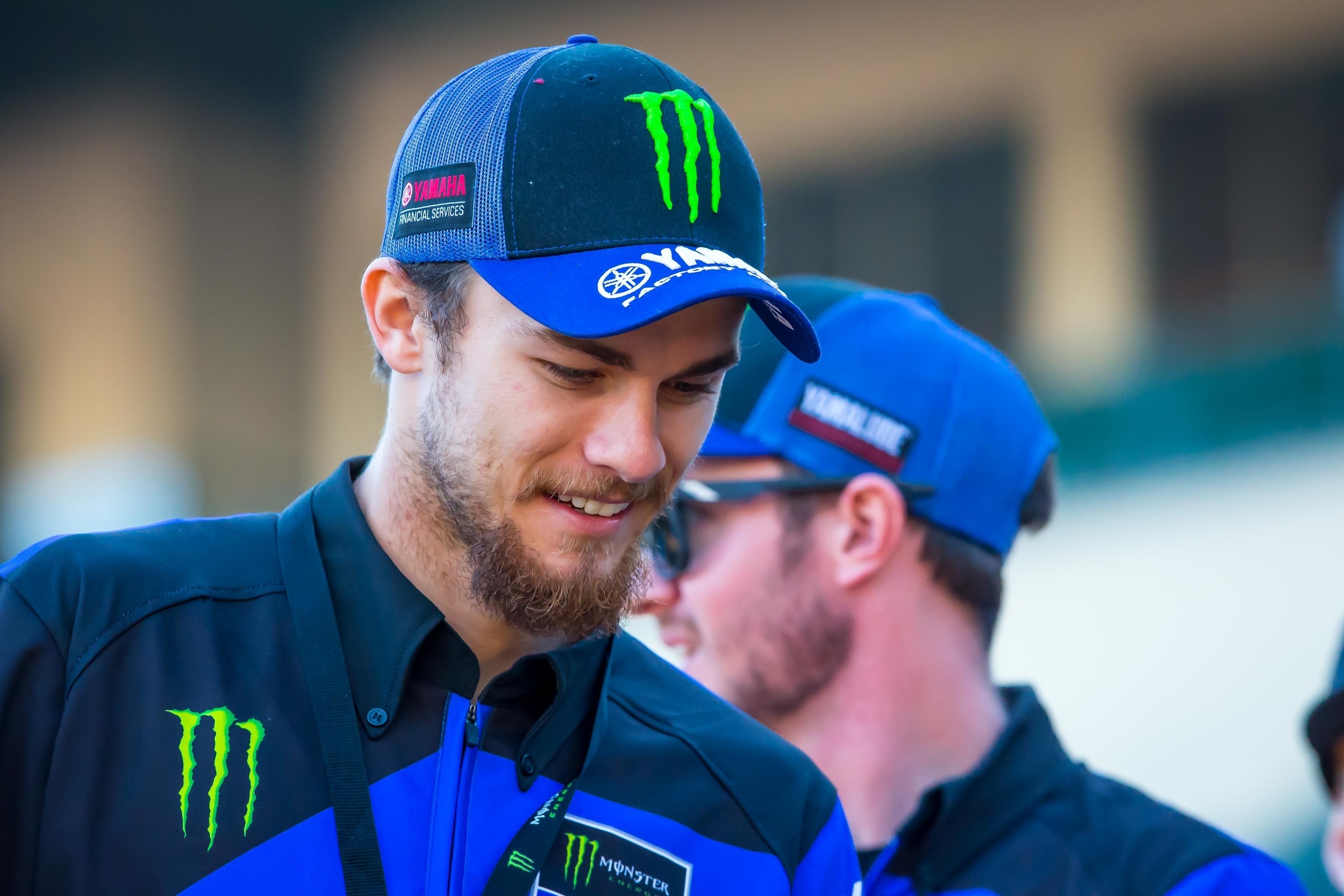 Comment: Anderson is close to being able to get back on the bike after sustaining a broken arm and ribs, lacerated liver, partially collapsed lung, and back injuries during a practice early in the season. His goal is to be 100 percent ready for the Lucas Oil AMA Pro Motocross Championship.

Comment: Bloss told us earlier this week his recovery is going well after tearing his ACL before the season. He’s now able to be more physically active and plans on being back on the bike in about a month. Right now, the plan is for him to return to racing at the High Point National.

Comment: Friese tore his ACL in Arlington and is out for the remainder of supercross. Mike Alessi has been filling for him at select rounds.

Comment: Peick is back to fulltime training and says he’s feeling great after a bad crash at the Paris Supercross left him with major injuries. He’s also still waiting on his eye to heal. To lend him a hand, head over to Road 2 Recovery.

Comment: Plessinger recently had surgery after a crash in Daytona left him with a broken heel and on the sidelines for the rest of the season. In the meantime, Josh Grant will fill in for him.

Comment: Raper broke his pelvis, a pair of vertebrae, and his nose in late November. He recently got clearance to ride and plans on racing in Houston. To help him go to Road 2 Recovery.

Comment: After Stewart broke his femur in Glendale, he was given a three-month recovery time. He’s been working hard toward recovery though and said on SwapMotoLive.com that he’d set a personal goal of being ready to race by the finale in Las Vegas. If he’s not ready to race by then, he at least wants to be back on the bike.

Comment: Tedder is back on the bike but his recovery after wrist surgery isn’t going as quickly as he’d hoped. He’s out for Seattle.

Comment: Ames is finally clear of the infection that stemmed from a compound fracture to his left radius and ulna before the season but isn’t expected to race any supercross this year.

Comment: Cantrell broke a bone in his wrist at press day in Atlanta. He’s out for Seattle.

Comment: Craig fractured his thumb before the season. He later dislocated it and had to have another surgery. He hopes to be back on the bike soon, but currently there is no timetable on his return to racing.

Comment: Crown hopes to be back for Nashville after dislocating his ankle after Atlanta.

Comment: Fleming had surgery on his femur after breaking it, his clavicle, tibia, and fibula in Atlanta. To help him with his recovery go to Road 2 Recovery.

Comment: Lawrence is out for the remainder of the season due to a collarbone injury. He’s back on the bike and is working on being ready for the Lucas Oil AMA Pro Motocross Championship.

Comment: Owen hopes to be back for Nashville after fracturing a lower vertebrae in Daytona.

Comment: Smith took some time off to deal with a wrist that’s been hurting ever since he crashed in Arlington. He could be back as early as Nashville, but a final decision has not been made.

Comment: Weltin injured his shoulder at Daytona and will miss this weekend. He hopes to be back for Nashville.