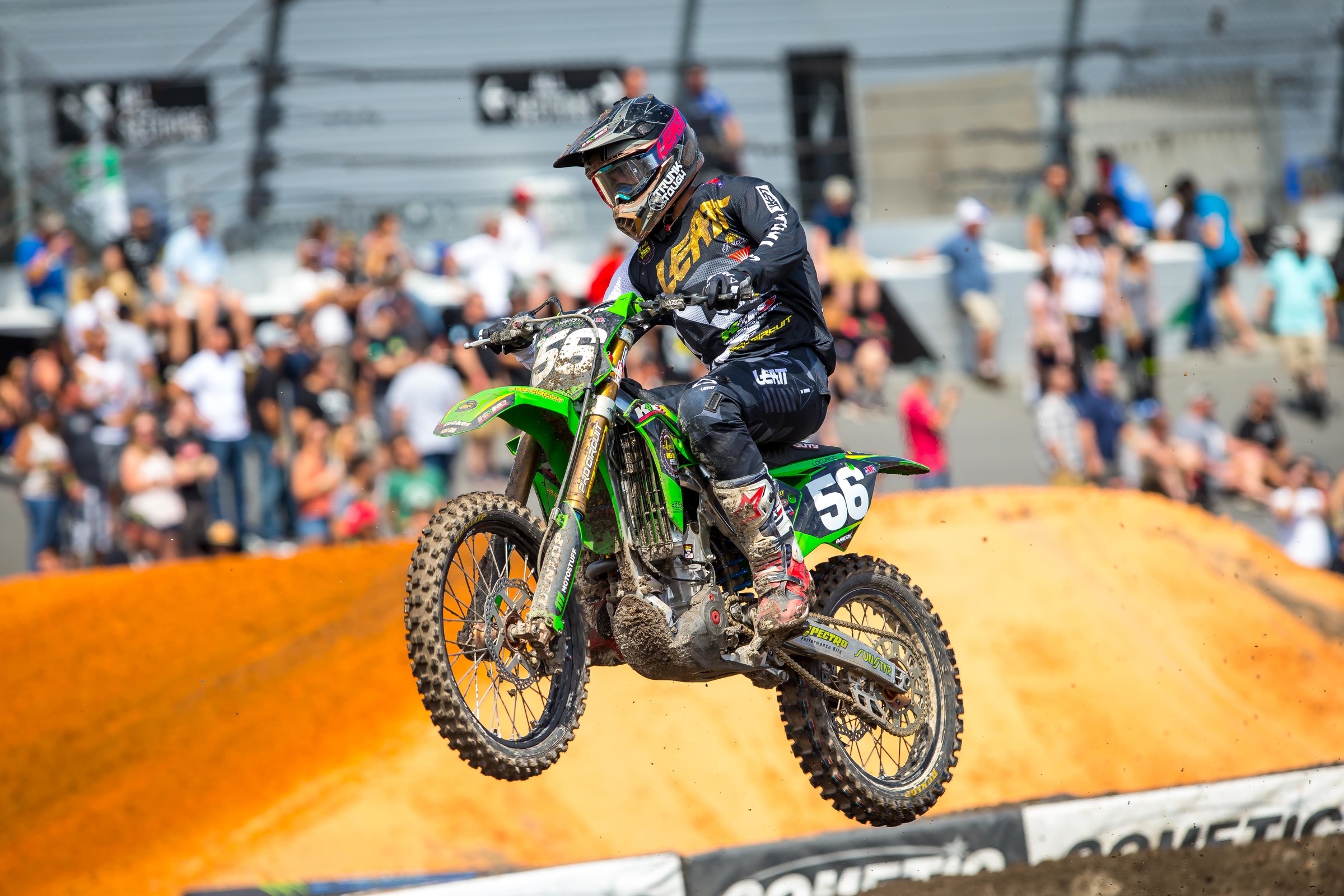 Lorenzo Locurcio might be a native of Venezuela, but he's spent considerable time in the U.S., including the last few years of his amateur career, and then a few pro seasons as well. Thus, he's become familiar to fans here, first as a CycleTrader.com/Rock River Yamaha rider, then with his own privateer Honda program last year, and on a Kawasaki with support from Legends and Heroes/Kissimmee Motorsports this year. However, his U.S. run has at least come to a temporary end, because Locurcio just signed a deal to go race MX2 in the MXGP World Championship.

Daytona marked his final race here in the United States, and he won the 250SX LCQ to make the main, where he finished 13th. Steve Matthes caught up to him after the race to ask about his season, and his move.

Racer X: You’ve been going to too many of these LCQ’s lately, by the way.
Lorenzo Locurcio: I know. I was in the perfect position to go into the main and then I hit false neutral in the sand and I went over the bars.

But the main event, how’d it go for you?
It went okay. I was really far outside and then I was dead last and I came back to 12th. Then last lap I made a mistake.

That was where John Short got you?
Yeah, then Short got me. Thirteenth on the night. However at the end, I think it’s pretty good.

How’s your program this year? Legends and Heroes Kawasaki—how’s all that going?
Yeah, it’s pretty good. I got Pro Circuit equipment. Like I said, they bought all that for me. They’ve been taking it to the races. It’s been cool. Just learning the bike and just working the kinks out of it. Now I’m feeling pretty comfortable on the Kawasaki, so I’m pretty pumped on it.

Going to the LCQ like you have recently, you come through. You’ve always done it, but it’s a little stressful, huh?
Yeah. It kind of pisses me off, honestly. But like I said, I was in the perfect position and I just threw it away. Just to get the holeshot in the LCQ is kind of cool. I haven’t led laps ever.

I hear you’re going to MX2?
Yes. I leave on Monday.

Oh wow. So this is it?
Yeah, this is my last supercross for the year.

Okay. How’d that opportunity come about?
Just Stefan from Bud Racing contacted me last week and said they had an opening for the rest of the season. Pretty much what they offered me it’s a lot better than what I have here, so I couldn’t turn it down. So I talked to the guys in Legends and Heroes, Kissimmee Motorsports, and they told me if I turned it down I was an idiot. So I’m looking forward to it. It should be fun.

Yeah, it will be exciting and some people for the American fans to track, somebody that they know.
Yeah. Like I said, it’s fun. I like outdoors a lot. Looking forward to bang the bars with the Europeans.