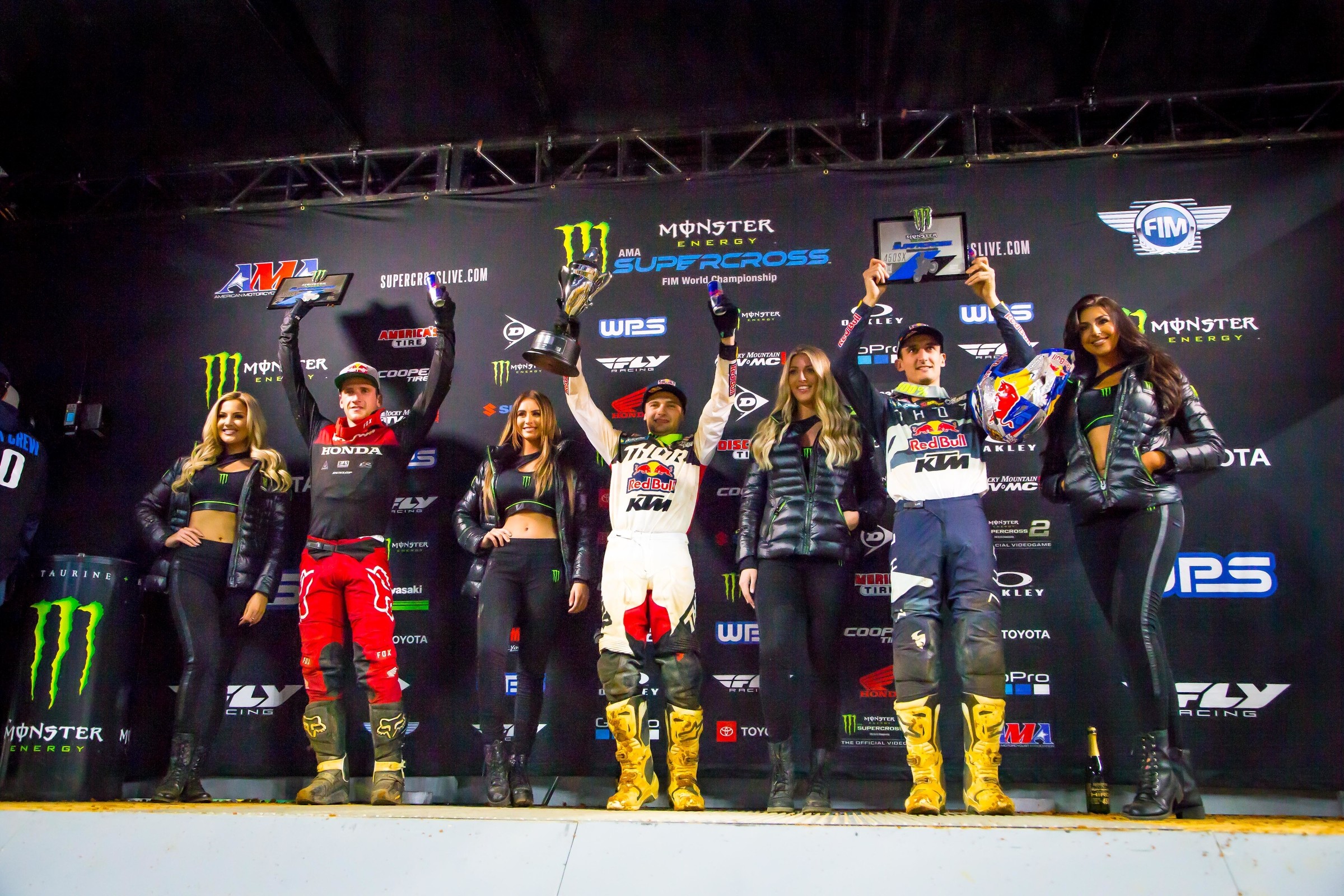 The Conversation Arlington 450 and 250 Podium

Another incredible night of racing at round seven of Monster Energy AMA Supercross in Arlington, Texas.

All six podium finishers spoke with the media after the race.