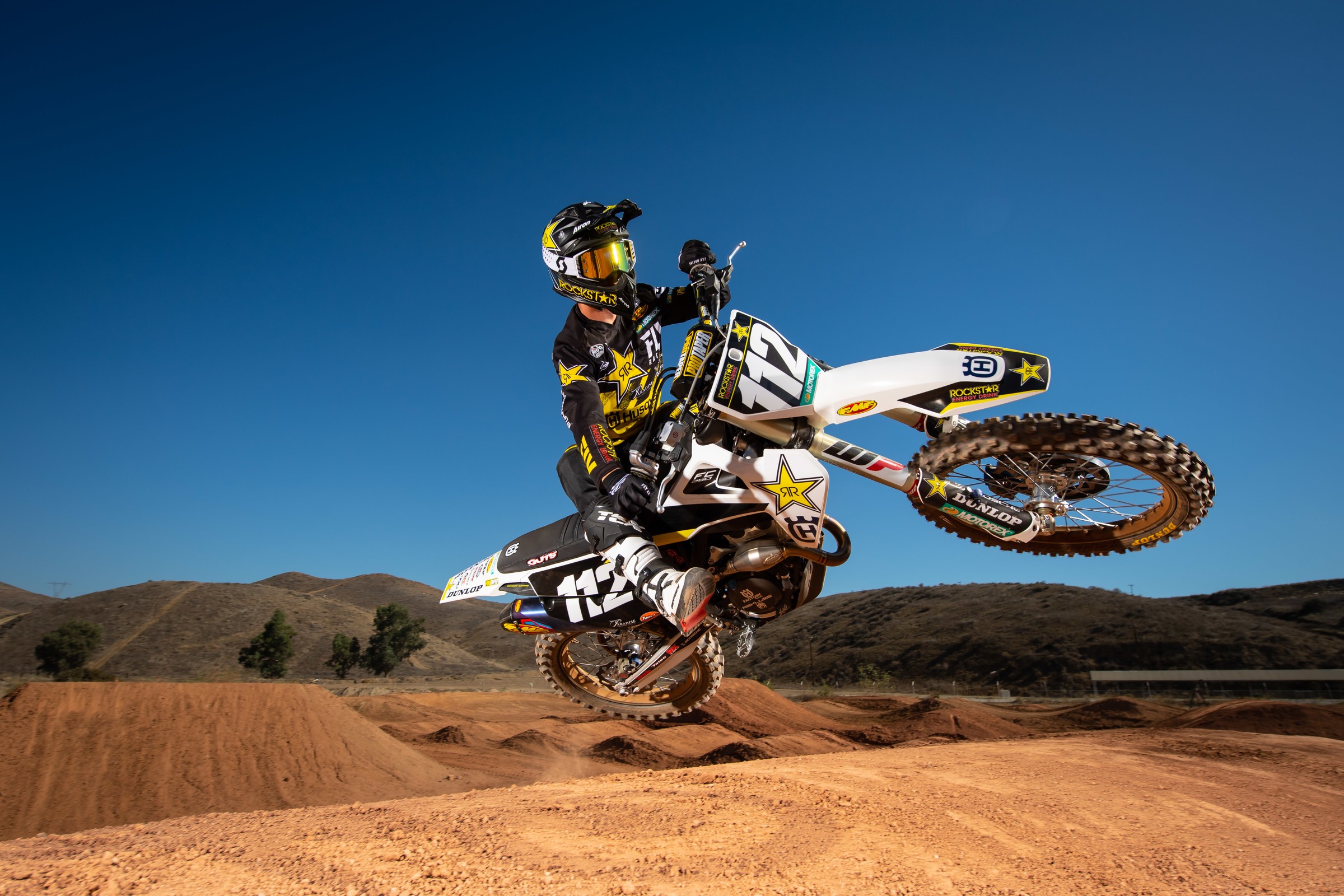 For most, this season will start with the right phrases. Better than ever, more comfortable than ever, fitter than ever, faster than ever. It’s a little different for GP convert Thomas Covington. The Rockstar Energy Husqvarna rider was born in Alabama and raced through the AMA amateur system, but when he turned pro, he took a deal to race the FIM Motocross World Championship, and thus never raced supercross. Now, years later, he will get his chance, as he’s back in the U.S. with a full-time deal.

Learning supercross is not easy. Yesterday, we checked in with Covington on the eve of his first race in Monster Energy AMA Supercross.

Racer X: Are you a supercross guy now?
Thomas Covington. I guess I don’t have much of a choice now! I’ve got to be.

Where were you with supercross earlier in your career? Did you plan to do supercross coming out of amateurs or did you want to go to Europe? Where you cool with doing supercross?
I was cool with it before. I had a deal to race supercross with Kawasaki, but I went over to do the first few GPs as a warm up for outdoors, because I was going to turn pro for outdoors. I did really well and a lot of the teams were asking if I wanted to stay. I already had things lined up in the U.S., but the teams in Europe kept pushing me. I was like, “Man, that would be kind of cool.” So I talked to Kawasaki about it, and I stayed with them in Europe for the first couple of years.

So this was never a situation where you tried supercross and realized you’d be better off going to Europe to focus only on motocross?
No, not really. I did ride supercross at the test tracks and stuff, and Monster Cup, but just like any other amateur coming up, it takes time to learn it. I think it’s better for me now, because I’m more mature, more confident on the bike. I think it’s coming more quickly for me now than when I was younger.

Yes, it’s like you’re not the traditional rookie, in a way.
Yeah, but at the same time it has definitely been a steep learning curve! Luckily I have a good team around me and good riders to learn from. That helps a lot, but at the same time, nothing replaces getting experience here at the track. I’m not putting any pressure on myself, and neither is the team. I’m just trying to learn here in supercross, then focus on outdoors and then supercross next year.

How have you felt in the pre-season?
I’ve felt really good at times. Depends on the track. Sometimes we’ll go somewhere and I’m really competitive, or even the fastest guy, but then another track might have two sets of big whoops and I’m pretty far off—like quite a bit off, really. So really I’ll just be happy if I make the main event tonight.

Come on!
Yeah. Just being realistic. I just want to keep it on two wheels and not kill myself in the first round.

We have a new site! Sign up for our newsletter and get content directly in your inbox.

But you don’t mean you’re not sure you have top 22 speed, and you just hope to make the main. You mean you just want to make the main and not worry about the result? Right? Making the main isn’t going to be a challenge, right?
I mean it could be! You never know!

Come on!
I’ve never done one of these before, so we’ll see!

The whoops have been the hardest part for you?
I’d say so. I’m not used to coming out of a corner and seeing those things in front of me and then hitting them wide open. Also the bike setup—just even setting your bike up for the whoops—is something I’m not used to.

Let’s talk bike setup. Thanks to Team USA’s struggles at the des Nations and RedBud—by the way they barely beat the team you were on in England and you had a torn ACL—everyone talks about the differences in setup between GP bikes and in the U.S. So you’ve seen both sides now. How do you see it?
It’s completely different. I can’t compare any of my settings in Europe to here, but I guess that’s good in a way because I can start fresh. I’m not trying to start with my GP bike. But yeah I definitely struggle getting the thing to turn but also be good in the whoops, but I guess that’s something everyone struggles with. Also, I just don’t know exactly what I want. I don’t know what a good supercross setup feels like, yet. I’m figuring it out, how to be really fast in the corners, which I think is my strong point, and still be good in the whoops.

I talked to [team manager] Bobby Hewitt and he said you sure can put in a lot of laps in testing and practice. I figured, hey, don’t they all do a lot of laps? But he said you can only do that if you’re not clipping jumps, making mistakes, and wasting energy. He said you’ve been smooth. Do you see it that way?
Yeah but I’m not a guy who is going to go out and do junk laps, either. I do feel like my fitness, I think it’s pretty good. That’s helped me get a lot of time on the bike. The last two months I just said, “I’ve got to get in all the time I can get. These guys have been doing it for years.”

Hunter Lawrence has gotten jacked up a few times here and won’t even race here. Have you had some moments?
Oh yeah! I told my buddy the other day, I feel like I’m riding a bull instead of a dirt bike. I’m pretty beat up a sore, too. Just this last Tuesday I got sent over the bars in the whoops, knocked my front tooth off, had to get that fixed. It’s been tough, just pushing the limits. I was going through the whoops probably better than I ever have and I just missed one with my front wheel. Every time you get comfortable with something, it seems like it just reaches up and bites you. I guess that’s part of it.