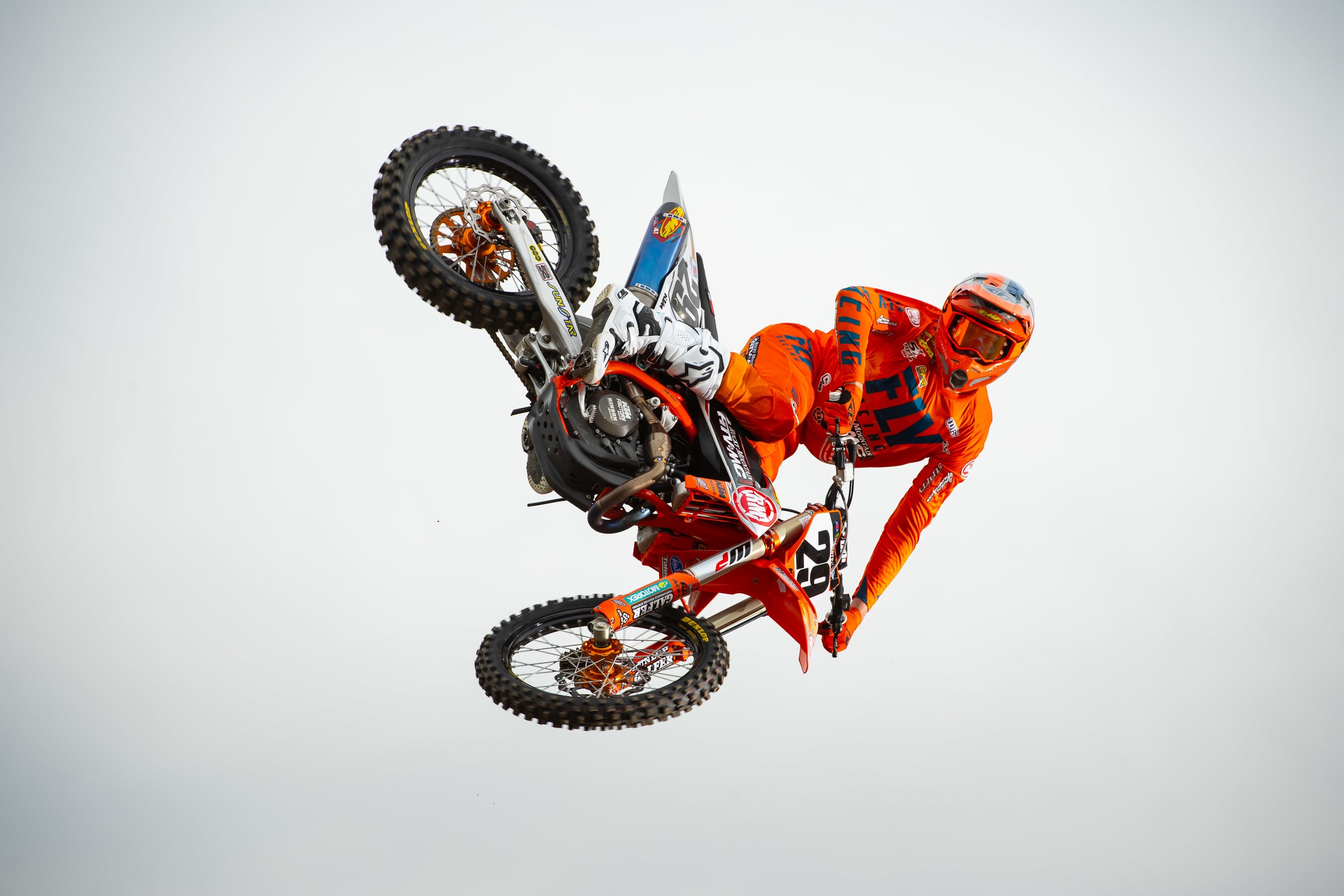 Comment: Bloss will miss all of supercross due to a torn ACL. He recently had successful surgery and will focus on getting ready for Lucas Oil Pro Motocross. In the meantime, Justin Bogle will fill-in for him.

Comment: Peick sustained major injuries while racing the Paris Supercross. He’s undergone several surgeries and is facing a long and difficult recovery. If you wish to help him with his road back to health there are two ways to do so. First, you can donate money directly to his Road 2 Recovery fund right here. Secondly, you can purchase Surface Sunscreen and use the code, WP18, on checkout to donate 40 percent of your order to Peick.

Comment: Osborne crashed before the season and bent a plate in his collarbone that had been there since he was a kid. He had surgery to fix the problem and, according to a team release, is expected to miss four to six weeks.

My surgery was a success and this is the plate that came out and was replaced with a new one. Obviously it’s supposed to be straight-ish to follow a normal collarbone. I feel much better and am back to training today. Absolutely bummed to miss @supercrosslive tonight but I’m headed in the right direction and I’ll be back ASAP!

Comment: There is currently no clear timetable on Raper’s return to racing, thanks to a broken pelvis, pair of vertebrae, and nose suffered in late November. To help him through Road 2 Recovery, click here.

Comment: Tedder was hoping to be back for Monster Energy AMA Supercross, but a nagging wrist injury is taking longer to heal than expected. He was also forced to have his ulna broken and shortened because it was rubbing on his radius. He’s out for Glendale.

Comment: Before the season started Ames suffered a compound fracture to his left radius and ulna, and later, compartment syndrome. Earlier this week during his fifth surgery a budding infection, as well as dirt, was discovered inside of his forearm. Ames has one more surgery planned and isn’t expected to line up to race any time soon.

Had my 5th surgery to fix my wrist cause the previous doctor didn’t do a proper job on my radius/ulna but when doctor viola opened up my forearm he noticed an infection starting to spread and still had dirt in the wound, pain has been just excruciating and constant 24 hours a day. I have one more surgery planed to fix everything in my hand so then I can start my road to recovery. Thanks for the prayers ??

Comment:  Craig will focus on being ready for the 250SX East Region after sustaining a Bennet Fracture in this thumb while practicing.

Comment: Martin suffered a burst fracture to his vertebrae last year at Muddy Creek that will prevent him from competing in 2019. He underwent another surgery on his back earlier this week.

Comment: A collarbone injury suffered while mountain biking will keep Sexton from competing in the 250SX West Region. Cameron McAdoo will fill-in for Sexton while he focuses on being ready for the 250SX East Region.

Comment: Starling had a rough crash last week during practice at the season opener and suffered torn muscles in his abdomen. He’s also dealing with deep bruising in his abdomen and left side. He’s going to attempt to ride press day on Friday before making a final decision on whether or not he’ll race in Glendale.