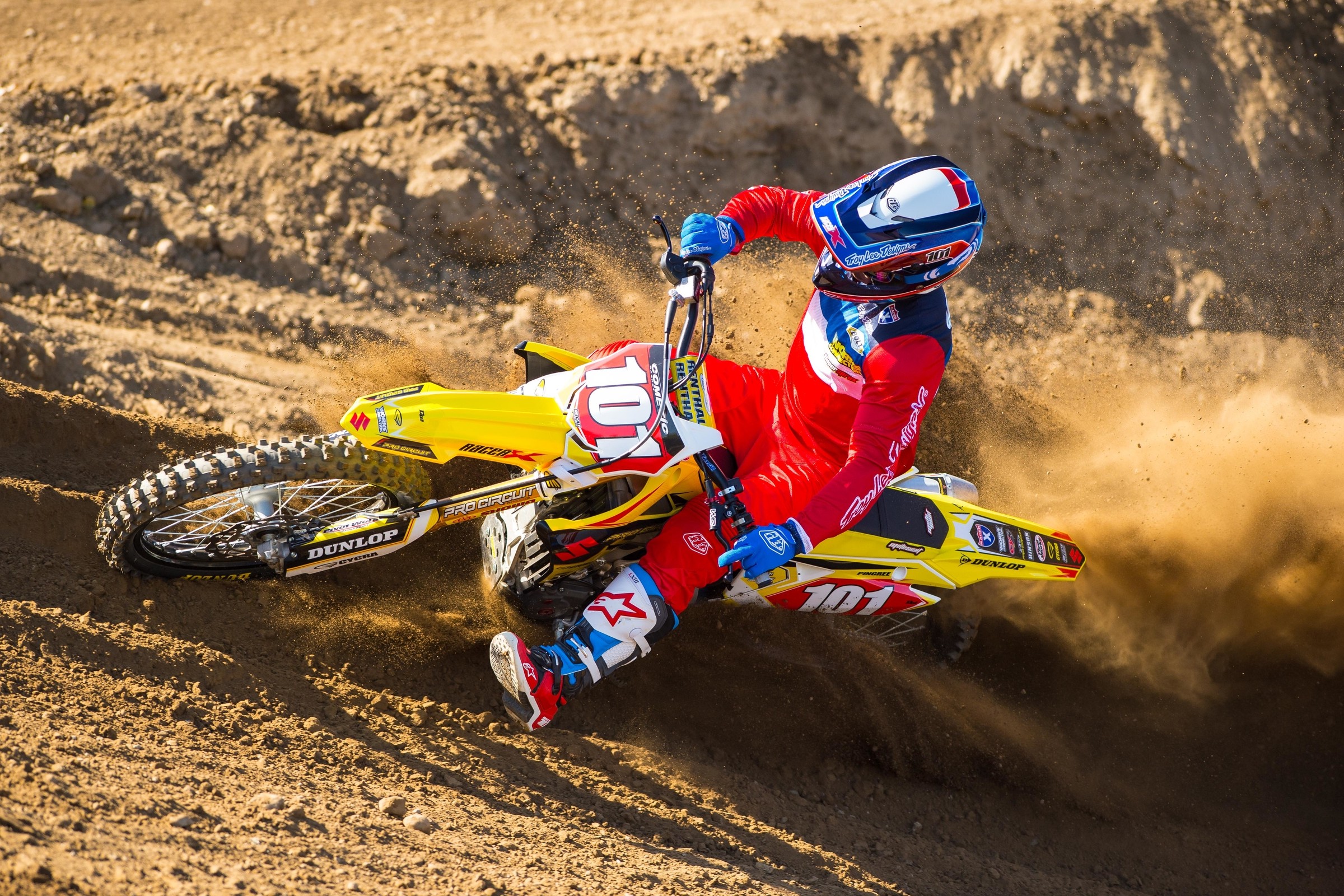 I was just checking out a photo on Cycle News of Ricky pulling the holeshot in ‘97 and then proceeding to crush everyone. You were listed as being in the pack but I couldn’t pick you out. My question is, given how great of a rider you were, what do you think kept you and many others from getting to Ricky or Jeremy’s level?

Respectfully, writing as someone who never made it out of intermediates, what’s the magic that they had that you didn’t?

I was #57 that year and to say that I didn’t light the world on fire would be an understatement. It’s like saying Guns N’ Roses album, Chinese Democracy, didn’t break any sales records. Sorry for the old reference but… I’m old.

I contend that there are few things that make all the difference between guys with championships coming out their ears and, well, guys like me. The first thing is they stay healthy. In Ricky Carmichael’s entire pro career, he had a torn ACL and he didn’t crash when it happened. Sure, he had some diggers and cut his leg on his footpeg at San Diego his first year, but he avoided injury like a bum avoiding a job.

That matters for a couple reasons, the first of which is your fitness continues to build year after year and you never get knocked back down to square one. It also let’s your confidence continue to build because getting hurt isn’t in the back of your mind. I never completed two full seasons in a row without missing at least part of a series with injury. The other characteristic, and they all tie together a little bit, is crazy amounts of self-belief. Chad Reed is a great example. Here’s a guy who hasn’t won a race in years, he’s closer to 40 than 30 and if you asked him right now if he can win this Saturday he will tell you, emphatically, yes. When I was in my prime in the best shape of my life I didn’t have that much confidence. I’d be up on the podium after winning and still not be sure I could do it again. I can’t tell you how to have confidence like those guys but if I knew how to bottle it I would be a rich man. Roczen, Tomac, and Musquin all think they can win this weekend. The weather might prove them all wrong.

Will we ever get a new 125 on the market from the likes of Suzuki or Kawasaki? Or is the rest of the world leaving the smaller two strokes behind? Also, whatever happened to Alta after halting productions? Is it possible that they find a buyer?

Sincerely,
Man with a bike problem

I’m not sure. The manufacturers contend that they will build what the people want them to build. Personally, I think that’s a bunch of political horse shit, but that’s their story. I do believe we are headed to a place where something will have to change. Kids can’t afford bikes anymore and that’s a real problem when you’re trying to formulate a succession plan for the sport. I say all the time that the 125 class (or 144) is the silver bullet to get things back on the right track, but getting Honda, Suzuki, and Kawasaki onboard is the trick. Time will tell. In the premiere episode of The Whiskey Throttle Show, guest Roger DeCoster said that more 125 races at the local and amateur level would be the right move for the health of the sport. You going to argue with The Man?

I haven’t heard anything about Alta but it doesn’t look good. The silver lining is that they proved that an electric bike is a viable option. Maybe it isn’t that company that picks the ball up and continues running it down the field, but somebody will eventually. And when our kid’s kids get their first bike, it will likely be electric.

Hope all is well down south in Cali. Question for you and any former pro’s: So, when A1 rolls around, do guys like you who have made it to the top level of supercross still get butterflies when attending A1? Do you still feel the stomach-turning pre-race sh**ters like everyone else does whilst sitting on the line? Or has that faded enough that you can calmly enjoy a $14 burger and a $9 beer at the event?

Thanks man... hope to see you back in MT soon.

Good to hear from you. I can’t speak for other retirees, but it’s a different feeling now. When the lights click off in the stadium and the opening ceremonies start I’m excited and nervous, but not like I’m one of the riders standing in the tunnel with my gear on. No, it’s more like when it’s your birthday and your wife comes into the bedroom wearing lingerie and carrying a box of chocolates. The guys down in the tunnel, on the other hand, are trying their best to keep from vomiting in their helmets as they wait to walk out to the start gate. I remember being so unbelievably nervous before the first round that I was physically ill. I would literally ask myself why I was doing this. Why would I do something that made me so nervous and anxious? But after a round or two the nerves subside a little and it’s not so bad.

This Saturday I’ll be nervous/excited (the good kind) but I’ll still be able to crush a hot dog, a box of licorice, a pretzel with mustard, and a soda that’s as big as my truck and costs almost as much, no problem. See you in the stands with snacks… or back in Big Sky country.