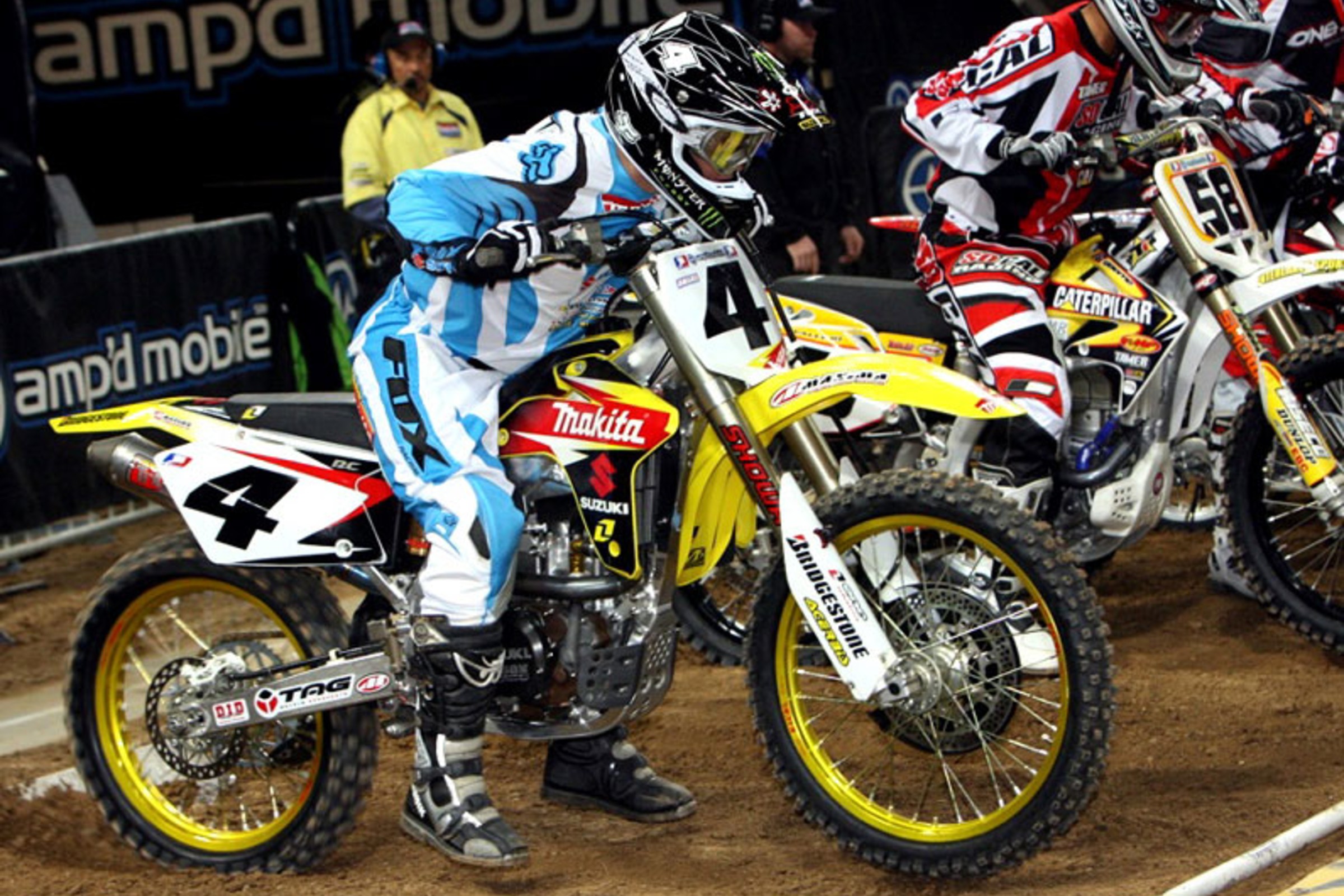 On This Day in Moto December 9

At the Vancouver round of what is now called Amp'd Mobile AMA Supercross, an FIM World Championship, and this time all of the teams were in. Makita Suzuki's Ricky Carmichael battled with Kawasaki's James Stewart and Yamaha's Chad Reed all in Canada, all on 450s. Stewart would lead much of the main event, but on the 15th lap Carmichael would make the pass on Stewart and ride off with the win. Stewart would finish second, Chad Reed third, David Vuillemin fourth on a Honda.

In the Lites class, which did not count for points, Honda-mounted Ryan Sipes took the win over a couple of fellow SX rookies, Ryan Dungey and Zach Osborne. It was Dungey's professional debut on a pro supercross track, though not his official AMA debut. That would happen months later in Atlanta.