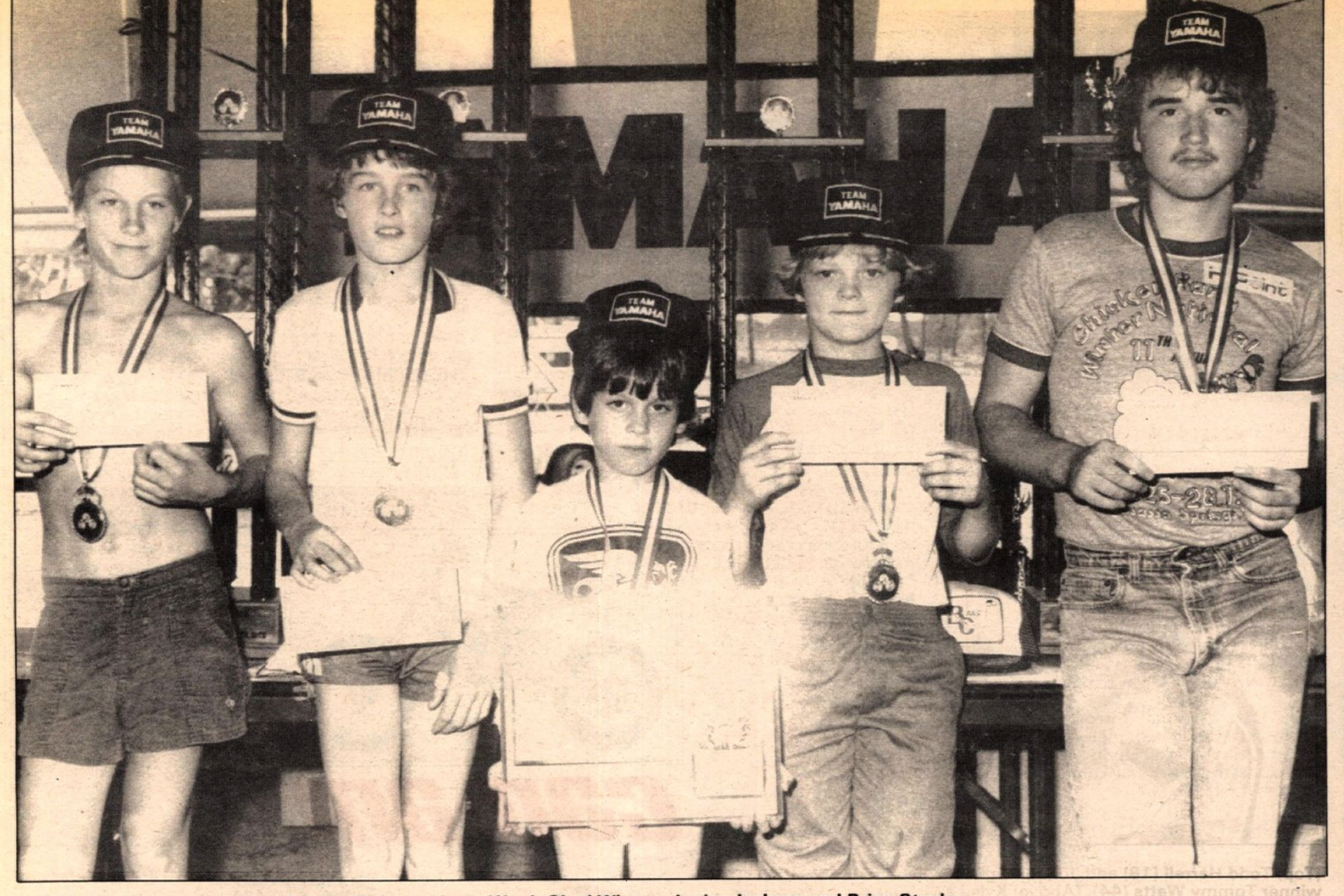 On This Day in Moto November 25

Today is the birthday of Europe's all-time King of Motocross, Stefan Everts. Maybe the last in the long line of Belgian motocross gods, Everts won a record 10 FIM Motocross World Championships as well as 101 Grands Prix. His father Harry was himself a four-time world champ, a standout in a country that also produced Joel Robert, Roger DeCoster, Georges Jobe, Joel Smets, Sylvain and Eric Geboers, Andre Malherbe, and more.

His last-ever MXdN, the 2006 race at Matterley-Basin in England, will forever be remembered by his double wins and extraordinary "around the outside" pass of Stewart. The Americans won the event but Everts the day.

Kawasaki Team Green was still in its infancy when the 1982 Winter Olympics (or Mini Os) started and some of the well-known riders on the brand for the season-ending race in Florida would include Kyle Lewis, Keith Turpin, Junior Jackson, Hank Moree, and Larry Ward. They would be going up against a growing contingent of Yamaha Support riders like Bobby Moore, Mike LaRocco, Ron Tichenor, Danny Storbeck, and Brian Stanley. The overall Bronze Boot award for most individual points in minicycle racing went to Washington State's Larry Ward.

At Turtle Park Raceway in Elkhorn, Indiana, the experimental Harley-Davidson motocross bike showed up and was run in practice. It had an XR250 on the tank but reportedly broke down before anyone lined up on the starting gate aboard one.

At the Carnegie Trans-AMA round in Northern California, Suzuki's Roger DeCoster went 2-1 to take the win from Maico's Adolf Weil, who went 1-2. The German Weil continued to lead in the standings. U.S. Bultaco rider Jim Pomeroy had a good run going in the first moto until his bike broke down while he was leading. The top American overall was young "Rocket" Rex Staten on a Maico.