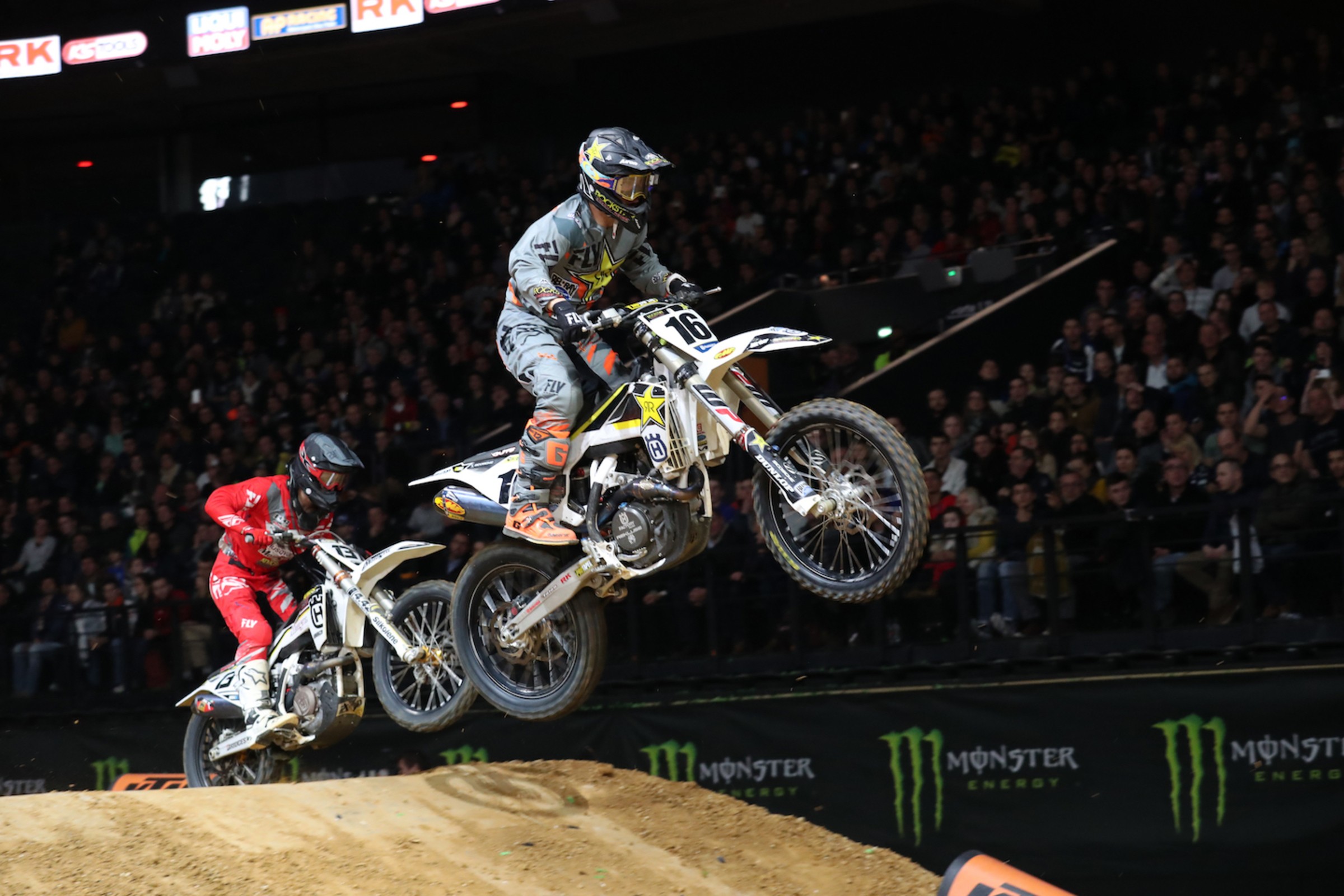 The List What To Watch For At Paris Supercross

The famed Paris (formerly Bercy) Supercross takes place this Saturday and Sunday inside Paris La Defense Arena. And, as is standard at this historic off-season race, it features a ton of American talent. Below are a few things to watch for this weekend.

Racer X’s Steve Matthes will be in France all weekend providing coverage, so make sure to check back. For more info, visit www.supercrossparis.com.

For the first time in his career, Jason Anderson will compete in Paris. The 2018 Monster Energy Supercross Champion is fresh off a clean-sweep of the AUS-X Open in Australia last weekend. After winning the SX #1 plate this year, Anderson went low-profile for a while after suffering an injury in Lucas Oil Pro Motocross. Can he create an Australia and French sweep to remind everyone he’s the champ?

Justin Brayton has made a career of these off-season, arenacross-ish events. He just captured a third-straight Australian Supercross Championship last weekend and will head to Paris looking for his first King honors there since 2009. Brayton, who grew up racing arenacross in Iowa, is exceptional at these events and always seems to contend for the overall.

Two-time 250SX East Region Supercross Champion Zach Osborne is moving up to the 450 full-time in 2019, and this weekend we will get a glimpse of what next year may have to offer. Osborne has been out of action since sustaining a shoulder injury at Thunder Valley earlier this year, so we’ll see if he’s able to shake the rust off this weekend.

Moving On Up, Part II

Monster Energy/Yamalube/Star Racing Yamaha’s Dylan Ferrandis is also moving up to the 450 this weekend. Ferrandis, fresh off another Motocross of Nations overall, is sure to receive a hero’s welcome when he returns to France, especially since, with Marvin Musquin now out with injury, he’ll be the biggest home-grown star at the event. Can he contend on the bigger bike?

Moving On Up, Part III

With Musquin a late scratch due to injury, JGR/Yoshimura Suzuki riders Justin Hill and Weston Peick got the call as replacements. Hill hasn’t done many off-season international events, but his natural skill set seems like a fit—he loves figuring out new tracks quickly. Like Osborne, Hill is heading into his rookie 450SX campaign, so Paris could serve as an early preview of 2019.

Weston Peick won this race in 2015, taking King of Lille honors over challengers such as Cooper Webb and Christophe Pourcel, as well as Malcolm and James Stewart, who both ended up crashing out of the event. It was a tough, rutted track, as well as an event marred by terrorist attacks the same weekend as the race in nearby Paris. Crashes were constant and the mood was darkened by the tragic news, but Peick persevered for the win. When Musquin announced he couldn’t race this weekend, the organizers had Peick on speed dial, and a Suzuki ready to go. Can Weston become King for a second time?

This event always features top talent and this year is no different. Tyler Bowers, Ben LaMay, Vince Friese, and Jordi Tixier are all scheduled to attend. And we can’t forget European-SX specialists like Ramette, Aranda, Richier, Soubeyras, and Izoird. Ask our guy JT, these guys know how to ride these events.

The battle for Prince of Paris should be good as well. Cameron McAdoo, coming off a SX2 win at the AUS-X Open, is a late edition to the event. He’ll be joined by Jace Owen, Brian Hsu, Valentin Guillod, and others. While Musquin, Anderson, Brayton, and the other SX1 contenders will be the main draw, this is worth keeping an eye on.