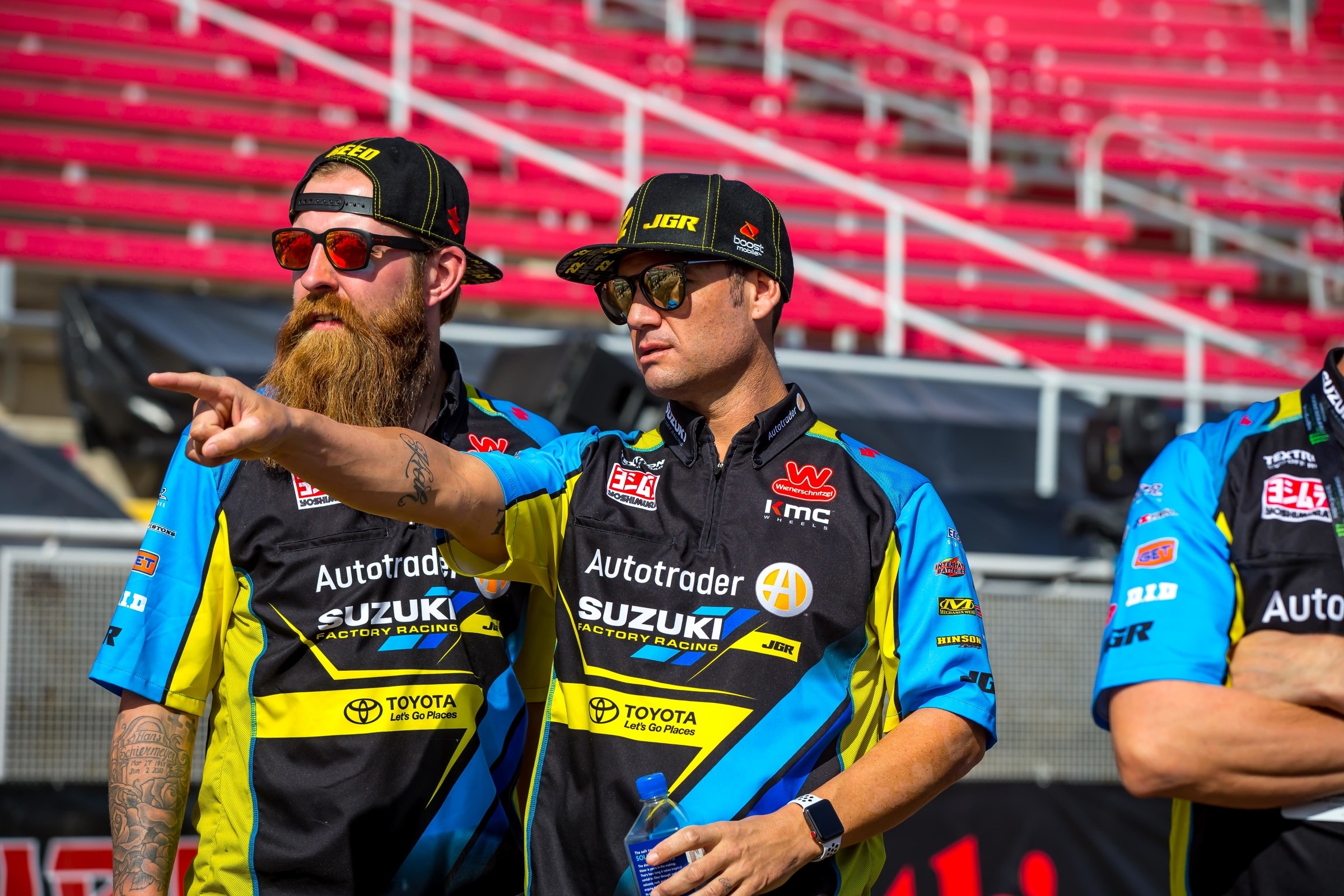 In the Mag, Don't Forget About Me

"Don't Forget About Me" is featured in the January 2019 issue of Racer X Illustrated. Subscribe now to read the entire article in full. You can pick up the digital edition and read this story right now—and the cost is just $9.98 for the whole year.

“I could have been part of the team, I’m not gonna lie,” he explained, citing the call from the French Federation to join the Motocross of Nations team when Romain Febvre went down with an injury in September. (Musquin had previously been rejected for the team in favor of Febvre.) “I couldn’t change my plans and get ready in time, unfortunately, and I’m definitely bummed about the whole thing.”

He’s not the only one who wanted in at RedBud. A group of U.S.-based riders would instead use the Monster Energy Cup to go racing again. It wasn’t a bad way to go—not with a million bucks on the line for some, career redemption for others.

Musquin scored the most combined 450 points of any rider in 2018, but he didn’t collect a #1 plate—although he did get to run one here, as the defending Monster Energy Cup Champion. The actual 2018 Monster Energy AMA Supercross Champion was Jason Anderson, who also badly wanted to race at the Nations. But Anderson broke his foot early in the summer, and Team USA’s 450 slots went to Eli Tomac and Justin Barcia. Anderson and Musquin both admitted they weren’t exactly pounding out motos in prep for the Monster Energy Cup; they’re planning to peak at Anaheim in January. Musquin had been on the bike for two weeks before the event, while Anderson hadn’t even been planning to race the MEC, but on Thursday he jumped on a supercross track and felt good enough to race, so the team prepped his practice bike and sent it to Las Vegas.

It was different for others. The veteran Chad Reed is looking for one last career lifeline, hoping to turn a few off-season races with Joe Gibbs Racing/Yoshimura Suzuki into a real 2019 deal. However, JGR’s official 450 squad for 2019 already consists of Justin Hill and Weston Peick, so Reed or JGR have to find additional funding to get the all-time SX starts leader some more gate-drops come January.

It doesn’t help that the JGR team lost its title sponsor, Autotrader.com, after the auto company made some management changes. Reed, now 35, says he’s dipping into his old list of sponsor contacts from his TwoTwo Motorsports days, but for a rider known as one of the most stubborn and prideful ever, there’s a rare hint that he will be at peace if nothing comes together. Even his wife, Ellie—who’s possibly even more passionate about Chad’s racing than Chad himself—admitted as much. She explained that they will not put together their own team again—not like the TwoTwo days, and not like the makeshift Husqvarna effort they operated in 2018.

“If this is his last supercross in the U.S., then that’s the way it is,” she tells me as I walk away from the JGR Suzuki truck.

Subscribe now to read the entire article in full.

Digital edition costs just $9.98 per year and you can read it right now.