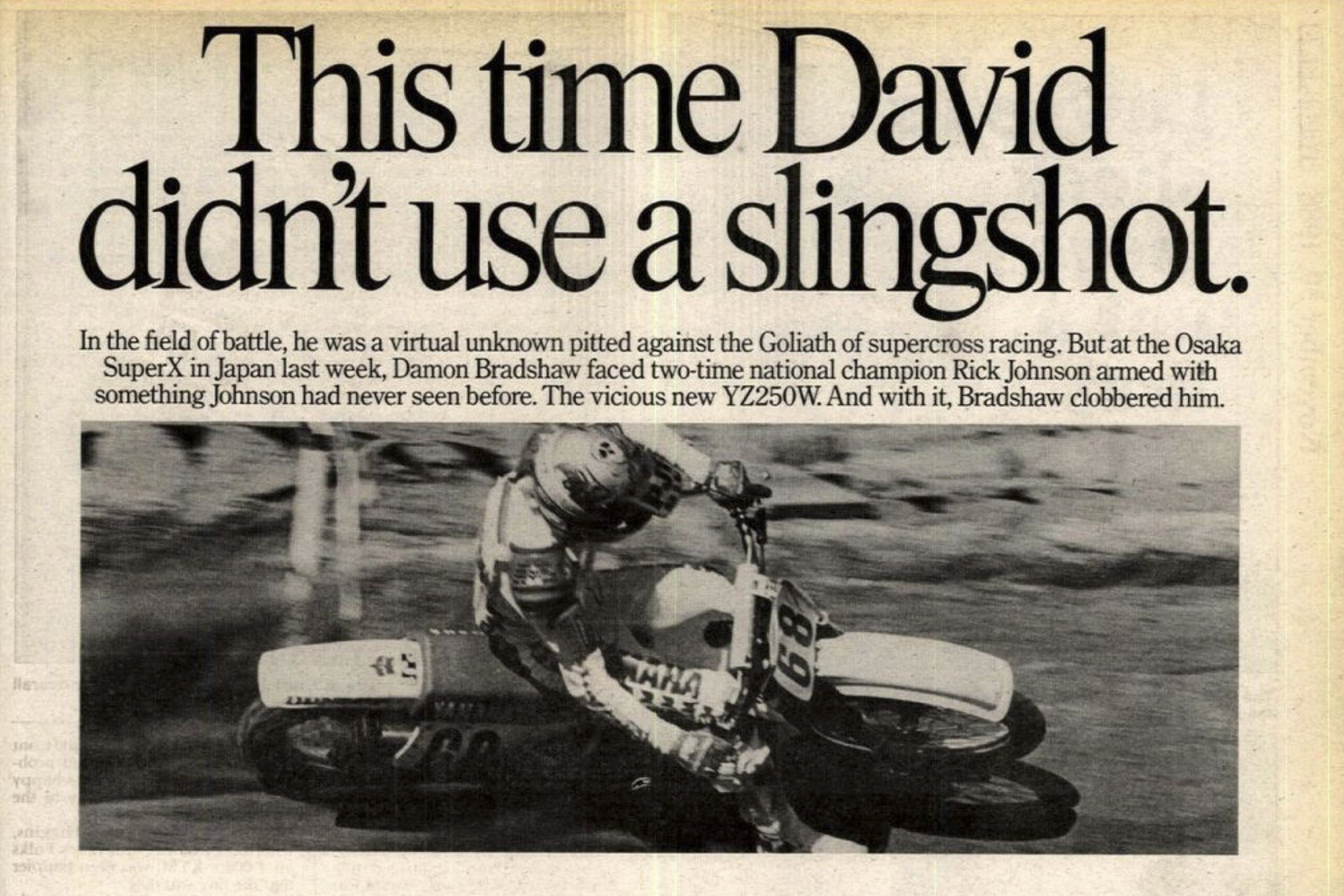 On This Day in Moto November 13

In one of the biggest upsets of the 1980s, 16-year-old Yamaha rider Damon Bradshaw won the Osaka Supercross in Japan over reigning AMA Supercross Champion Rick Johnson of Team Honda. It was the first professional supercross race ever for Yamaha's prodigy Bradshaw. Guy Cooper finished third, Ron Tichenor fourth, and the veteran Johnny O'Mara fifth.

Yamaha celebrated Bradshaw's shocking win over Rick Johnson and all of the rest of the veterans as a David-vs.-Goliath scenario.

In what will be a weekend-long farewell to their national hero Jean-Michel Bayle, the fans of the Bercy Supercross in France are treated to excellent racing between JMB and his American Honda teammate/rival Jeff Stanton. The six-time champion Stanton takes the first night's win over Bayle, who has already announced that this is his last official Bercy SX before he crosses over completely to road racing.