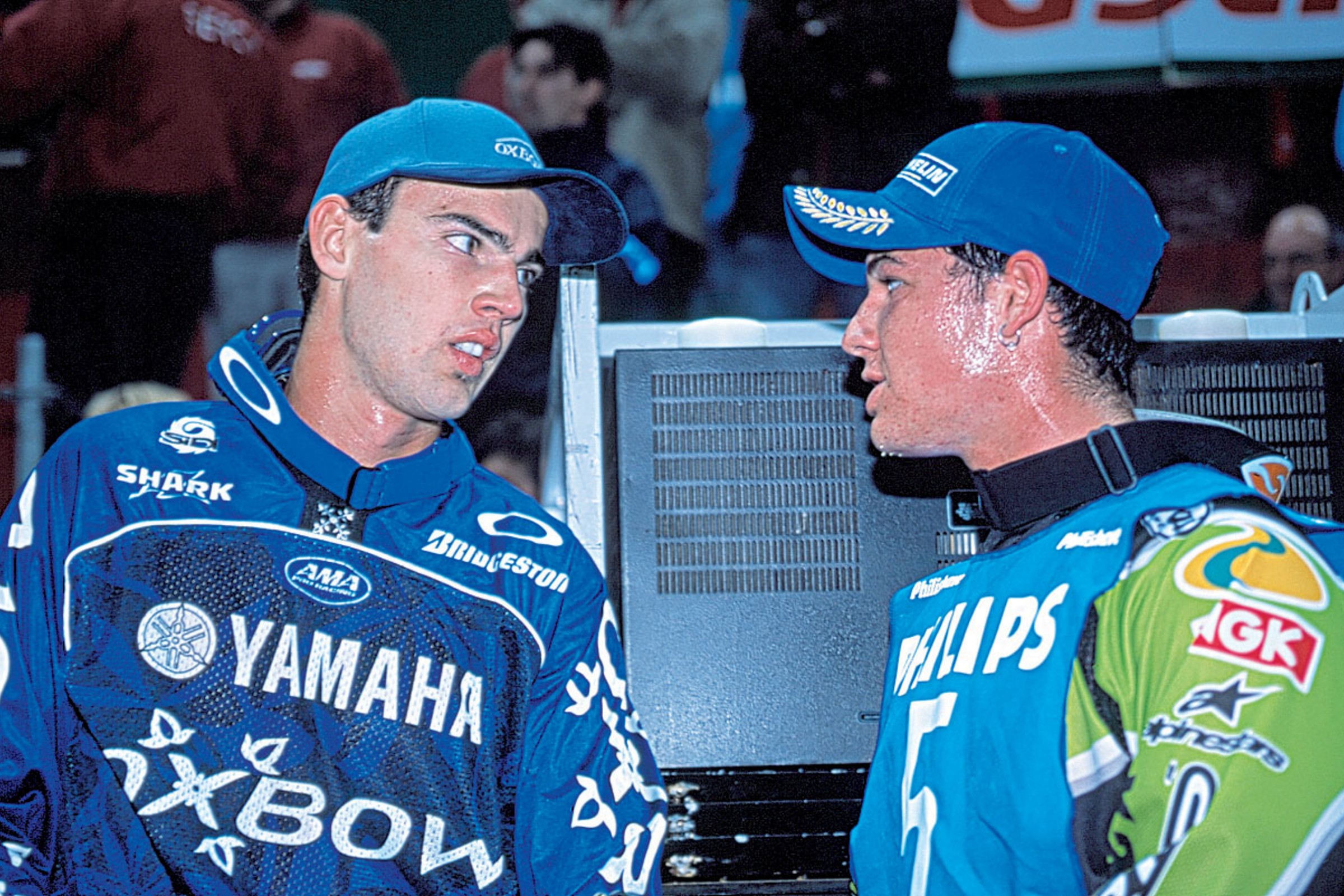 On This Day in Moto November 9

The opening night of the 2007 Bercy Supercross and Yamaha-mounted Chad Reed tops Grant Langston, who is also on a Yamaha, then Honda riders Benjamin Coisy, Andrew Short, and the retired Jeremy McGrath, who was invited back to Bercy for fun. Jeremy was the King of Bercy in 1993 and '95.

The Bercy Supercross stars future U.S. Yamaha teammates David Vuillemin and Chad Reed. The Cobra is already well-known in the States, having battled with Jeremy McGrath the previous year, winning four AMA Supercross main events, while Reed, the Australian, is just about to move here.

Within a year he will be a 125 SX East Region Champion, and within two he will be winning 250 main events. By 2004 he will be AMA Supercross Champion. At Bercy it's the Frenchman Vuillemin who will lead the way—he will eventually be the all-time King of Bercy.

At the Trans-AMA at Lake Whitney Cycle Ranch in Texas, U.S. Suzuki rider Tony DiStefano won for the first time in the series. Roger DeCoster finished second, Gerrit Wolsink third for a 1-2-3 for Suzuki.

Can-Am's Jimmy Ellis topped the 250cc National Support class and earned himself a spot on the cover of Cycle News.

James Stewart concludes a perfect weekend at the Bercy Supercross and is crowned the King of Bercy.

Jake Weimer, Wil Hahn, Eli Tomac, Kyle Chisholm and Justin Brayton made up the American group of the 450 Class at Bercy. It was a near perfect weekend for Weimer, who went 1-1-2 to capture King of Bercy honors for the first time. Tomac would earn second overall with a win in the third main event and Brayton finished third. Chisholm, the defending King of Bercy, had to pull out of the final night due to a foot injury.