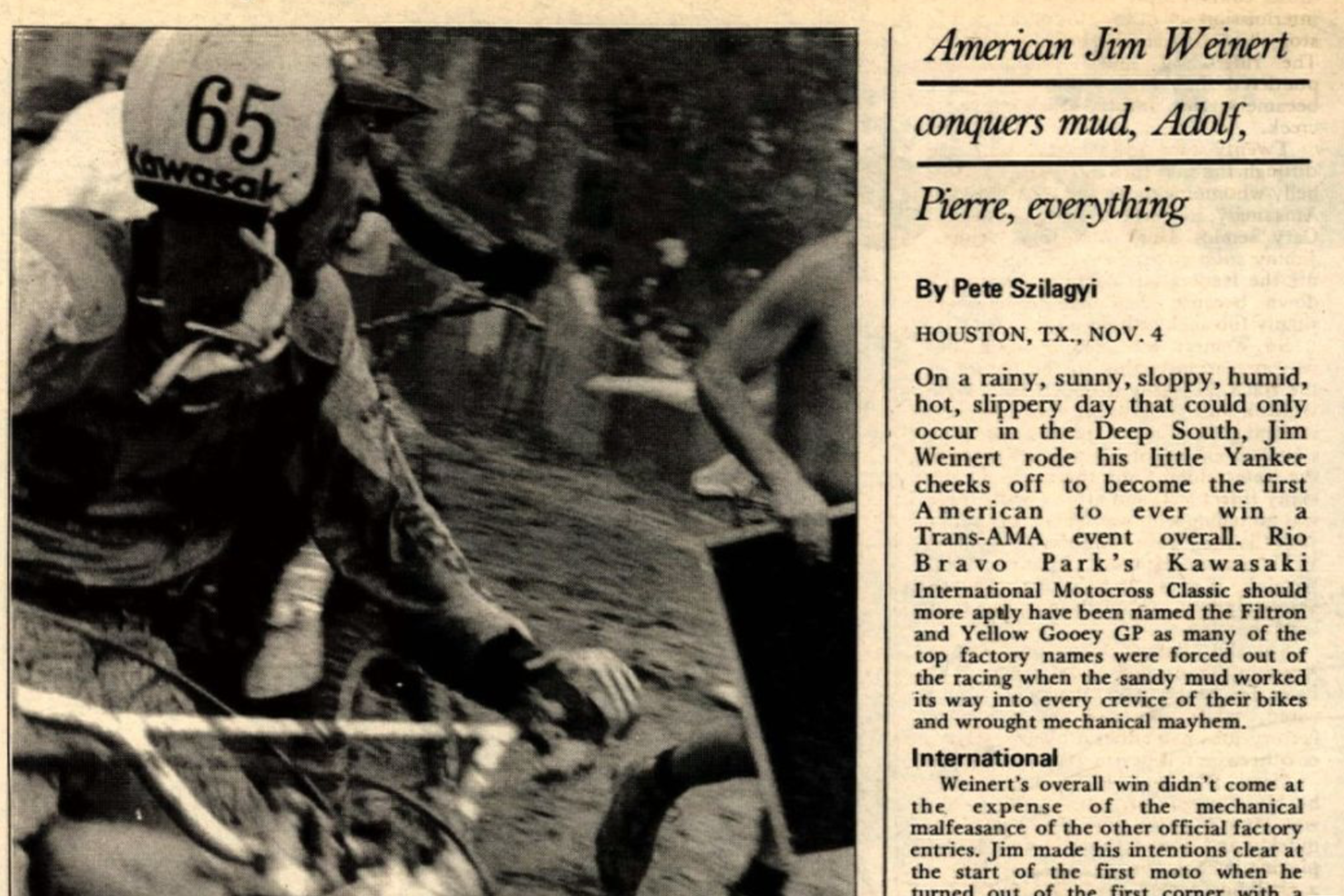 On This Day in Moto November 4

He was a SoCal minicycle prodigy and all-around talented motorcycle rider. He's also now a police officer with the LAPD.

We missed this one yesterday, but it will still work here: November 3, 1990, Vanilla Ice's song Ice, Ice Baby reaches #1 on the Billboard charts. The breakthrough rap hit, which incorporated a popular hook from the David Bowie/Queen song Under Pressure, makes Vanilla Ice an instant global superstar.

What does any of that have to do with moto? Vanilla Ice's real name is Robbie Van Winkle and he grew up racing motocross outside of Dallas, Texas, even competing at Loretta Lynn's as an Intermediate ride. To this day he's still a frequent rider and visitor to the races. He's also got a home fixer-upper show called The Vanilla ice Project that is in it's ninth season and includes his close friend and longtime amateur motocross racing announcer Wes Kain as his co-hort.

In a huge milestone for American motocross, as New Yorker Jimmy Weinert becomes the first American to ever win a round of the international Trans-AMA Series, earning the overall victory at the Rio Bravo, Texas, round of the series, which had been running since 1970.

The Kawasaki-mounted Weinert overcame wildly diverse conditions, ranging from hot and slippery to wet and muddy, to survive both motos and go 3-2 for the overall. The moto winners, Germany's Adolph Weil and the transplanted Dutchman Pierre Karsmakers, both DNF'd the moto they did not win. Another Dutchman, Maico rider Gerrit Wolsink, was second overall, and Weinert's longtime AMA rival Gary Jones, also on a Maico, was third.

Meanwhile, up at the Snake River Canyon in Idaho, Evel Knievel and his crew successfully tested his "Harley-Davidson SkyCycle" which was more like a rocket than a motorcycle. The unmanned vehicle flew 800 feet high and halfway across the 2,000-foot chasm. The plan, long delayed, was for Evel to finally attempt the jump sometime in later summer of the following year.