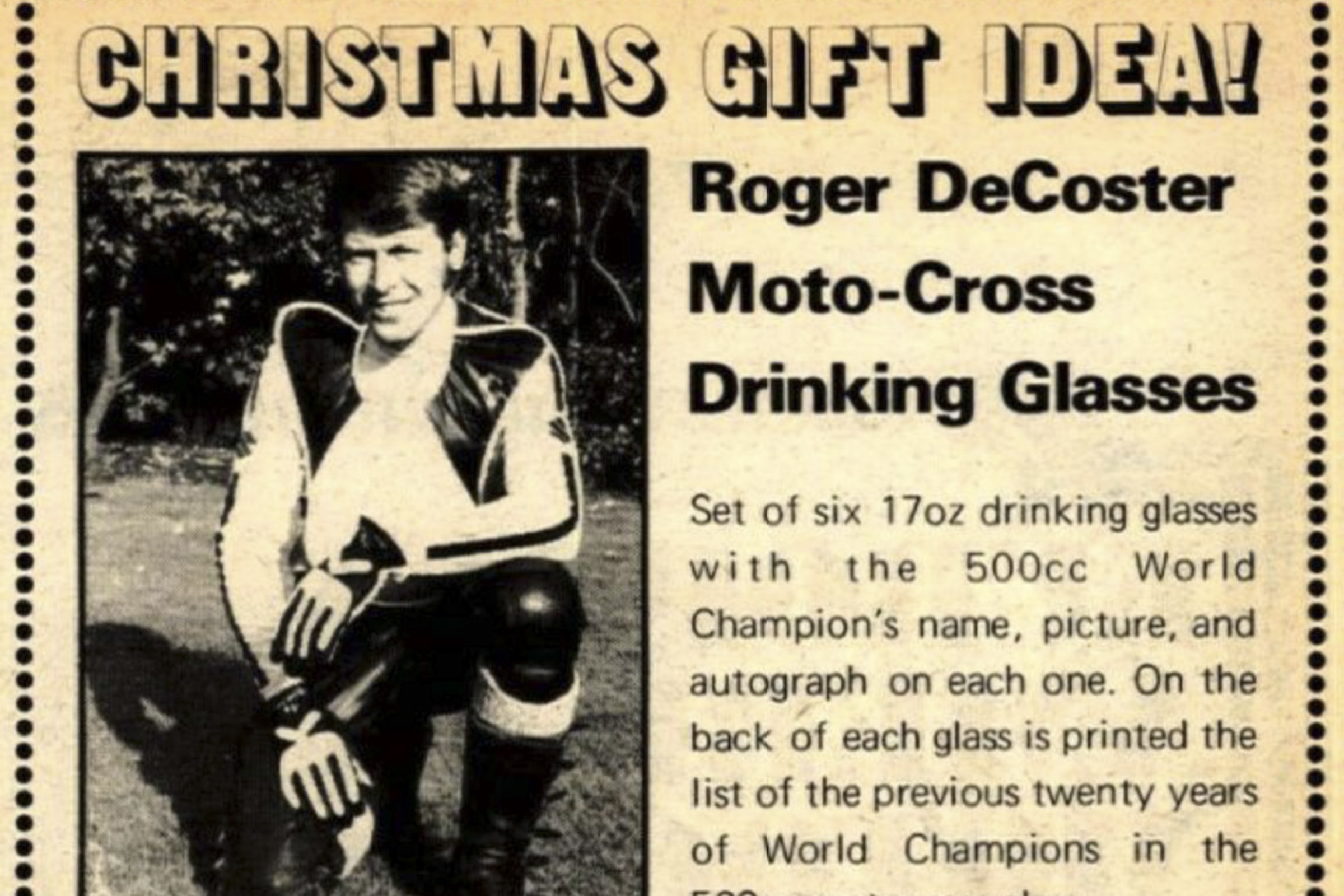 On This Day in Moto November 3

In between Trans-AMA and Inter-Am races the prototype works Suzukis of visiting Belgian star Sylvain Geboers and all of his riding gear are stolen from a van parked outside the Sante Fe Springs, California, HQ that the fledgling Suzuki program was using at the time. Geboers had just competed in the race at Bay Mare, where he finished third behind Maico rider Ake Jonsson and Husqvarna's Arne Kring.

Two days later two young men/geniuses were arrested after walking into a nearby motorcycle dealership and inquiring how to remove serial numbers from both engines and frames. The shop owner immediately called police and they were able to recover both the 250cc and 370cc works motorcycles that Geboers was using to campaign both the Inter-Am and the new Trans-AMA Series, which switched back and forth between 250 and Open classes. Geboers then went to Lafayette, Colorado, the next weekend and swept all three motos of the Inter-Am there.

The NMA (National Minicycle Association) and the CMC (Continental Motorsports Club) announced that they would team up for a "World Minicycle Grand Prix" to be held on January 4-5, 1974, at Indian Dunes and featured on ABC's Wide World of Sports.

And check out this cartoon from Cycle News, mentioning Saddleback Park's notorious "Banzai Hill"... Doubt this would go over well today.

And if you were looking for the perfect Christmas gift in 1973, check out the ad in Cycle News for a set of six Roger DeCoster Drinking Glasses... We have a full set of these at the office today!

At the Trans-Cal Series at Carlsbad Raceway Ty Davis topped the 250 Pro class, Kyle Lewis the 125 Pro, and Buddy Antunez the 80cc Expert class, but it was a holeshot by Kawasaki Team Green rider Jeremy McGrath landed on the cover of Cycle News.