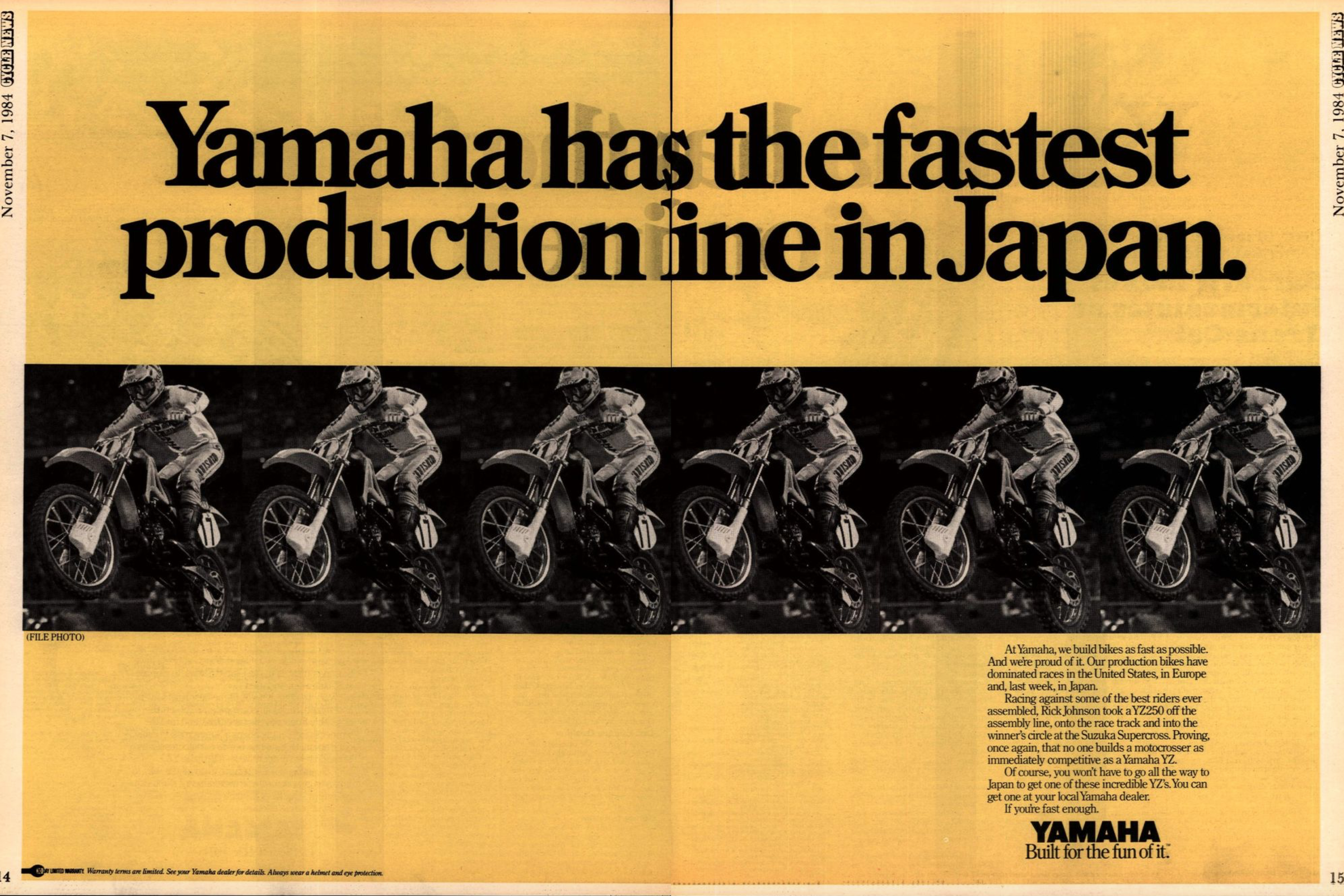 On This Day in Moto October 27

Yamaha's Ricky Johnson and Jeff Ward are the big winners at the Suzuka Supercross, a precursor to the Tokyo and Osaka Supercross races which will begin to flourish in the later eighties.

In the 125 class Kawasaki's Jeff Ward will top his Honda's Ron Lechien for both moto wins.

Suzuki's Gerrit Wolsink wins the Trans-AMA at Orlando Sports Stadium. Wolsink is a known sand-master, though by this time U.S. fans know him as the winner of the '74 Hang-Ten 500cc U.S. Grand Prix at the baked, hard-packed Carlsbad Raceway, where Wolsink will actually win five times in six years. Wolsink's Carlsbad wins not only made him famous in America, they kept his better-known teammate Roger DeCoster from ever winning the USGP. DeCoster is the runner-up at Orlando.