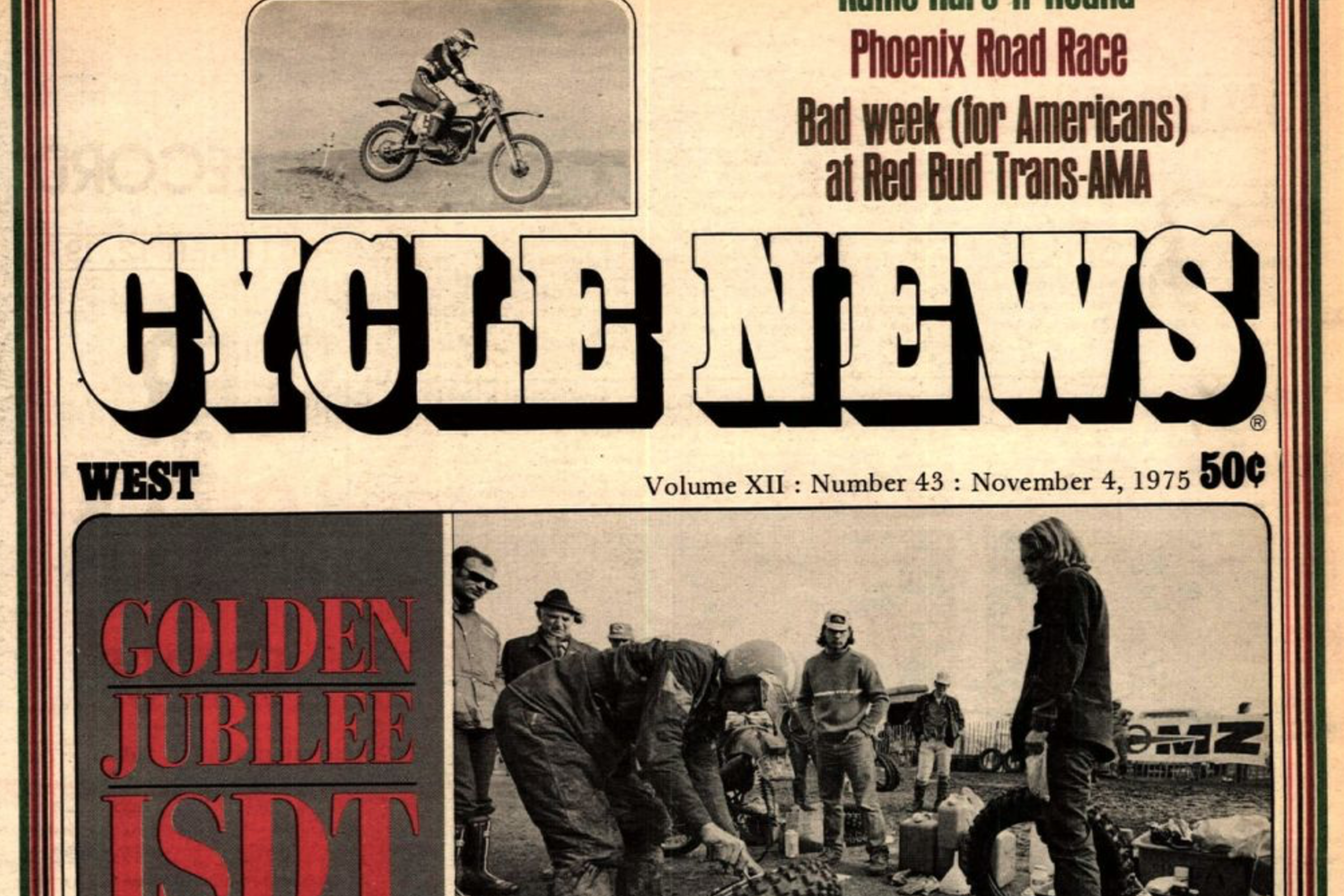 On This Day in Moto October 26

In Munich, West Germany, the FIM stated that Carlsbad would not be able to host the 1985 U.S. 500cc Grand Prix unless extensive upgrades were made to the facility and it's notoriously rough and slick surface. The track had been hosting the USGP since 1973, as well as Trans-AMA races, the occasional outdoor national, and amateur races almost every weekend. Some upgrades would be made and the race, at the time the biggest motocross event in America, would be won by Team Honda's David Bailey. The race would be run at Carlsbad a couple more times before encroaching development forced a move north to Hollister in NorCal.

At the KOIL Radio-sponsored Trans-AMA event in Herman, Nebraska, teenaged Honda rider Marty Smith went 1-2 on his Honda RC400 works bike to top the Suzuki of multi-time FIM 500cc World Champion Roger DeCoster (3-1) and Bultaco-mounted Marty Tripes. Smith's first-ever Trans-AMA win didn't get him the full cover of Cycle News but he did get the inset above the title!