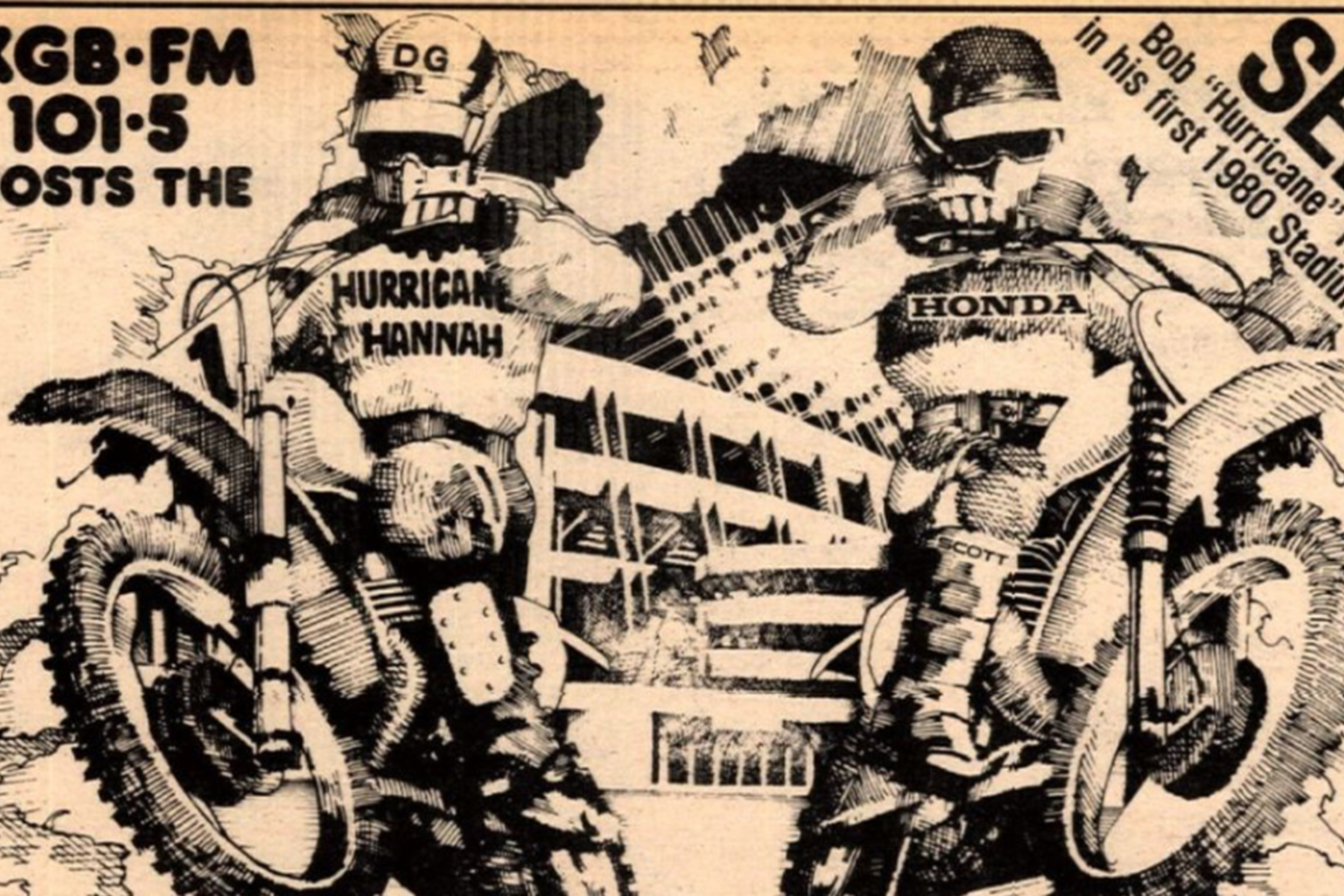 On This Day in Moto October 25

The Inter-Am Series found itself in Broken Arrow, Oklahoma, just outside of Tulsa. Swedish Husqvarna rider Arne Kring was the class of the field, winning the first two of three motos, then holding back a bit in the third so that he and teammate Christer Hammergren could duel for the fans. They crossed the finish line arm-in-arm, though officials decided that Hammergren crossed the line first.

The top American on the day was Montesa-mounted Mike Runyard with 5-5-6 moto scores.

The season-ending San Diego Supercross goes off at Jack Murphy Stadium and 1980 AMA Supercross #1 Mike Bell crowns his season with another win. The race also marks the comeback of Bell's Yamaha teammate Bob "Hurricane" Hannah, who missed more than a year of his prime after shattering his leg in a water-skiing accident in September '79. Hannah qualified second to Honda's Chuck Sun, and then was running sixth in the main when his chain fell off.

Also, Team Honda announced the signing of Johnny O'Mara to his first factory contract. O'Mara, who had contested the 1980 AMA 125 Nationals aboard a Mugen Honda supported by Al Baker, had shocked the world by winning the Mid-Ohio 125cc U.S. Grand Prix in the mud. He was also on the cover of Cycle News for this week.

And listen to the host on the intro of this race from San Diego 1980. He's named Ted Otto but he sounds very much like Ron Burgundy!