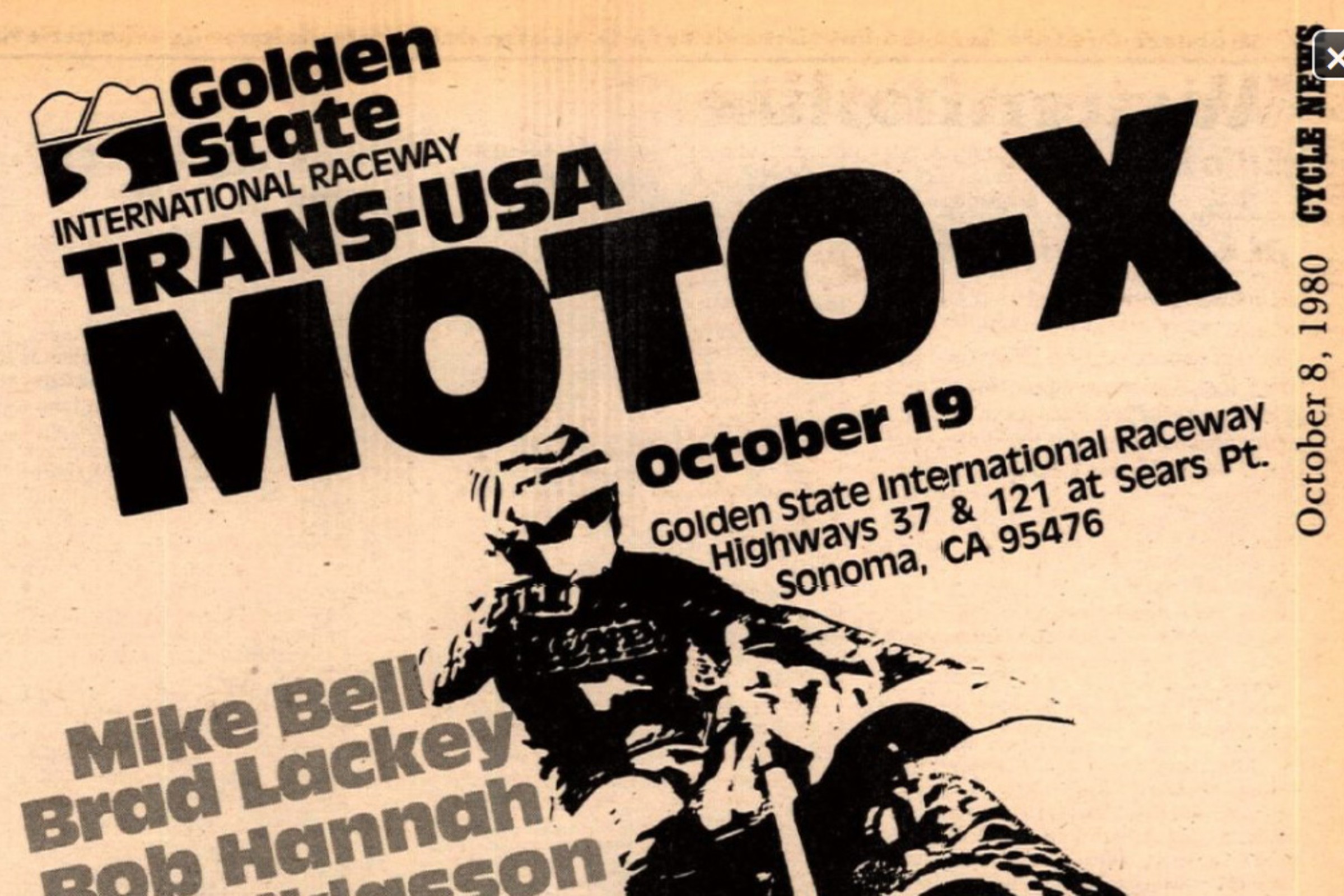 On This Day in Moto October 19

In a Trans-Cal race held at the Orange Show Stadium in San Bernardino, California, Honda riders Johnny O'Mara and Mike Fisher were the big winners—this while O'Mara was closing in on the 1984 AMA Supercross Championship. O'Mara won both the 125 and 250 classes while Fisher ran third in the 250s and won the Open class.

The final round of the Trans-USA Series was supposed to happen on this day in 1980 at Sears Point in NorCal but the event was canceled due to a lack of advance ticket sales. Suzuki's Kent Howerton was declared champion at the previous round at Road Atlanta. Sears Point has not held another major motocross race ever since this cancellation.

Meanwhile, in the Ohio woods, Husqvarna's "King" Richard Burleson wrapped up his seventh straight AMA National Enduro title by winning the Little Burr round, his fifth win of the 10-race season.

Today is the birthday of AMA Motorcycle Hall of Fame Jimmy "Captain Cobalt" Ellis. He is the only rider in AMA Supercross history to win a race as well as a title on a North American-made motorcycle, the Can-Am. He won all four rounds in the 1975 AMA Supercross Series, as well as multiple AMA Pro Motocross Nationals.

The Monster Energy Cup delivers a wild night of racing, with Yoshimura Suzuki rider James Stewart going 8-1-1 to win the $100,000 prize as overall winner. Stewart's chances at winning the million dollar bonus from Monster Energy were wiped out with a crash in the first moto, which went to Ryan Villopoto. The two then engaged in an epic battle the second time out, only to have Monster Energy Kawasaki's RV forget to take the Joker Lane on the last lap while Stewart made the mandatory detour. The mistake seemed to get inside RV's head, and he ended up throwing it away big time on the last lap, ending his night. Stewart then took home the win in race three ahead of Red Bull KTM's Ryan Dungey and Honda's Eli Tomac.

In the Amateur All-Stars race RJ Hampshire got the win. In the Supermini the podium was Austin Forkner, Chase Sexton, and Michael Mosiman. All of those names in that sentence are current factory riders.

Finally, spotted this in Cycle News: Just another weekend of local racing in Southern California in 1979 when you were likely to spot some seriously fast local talent!