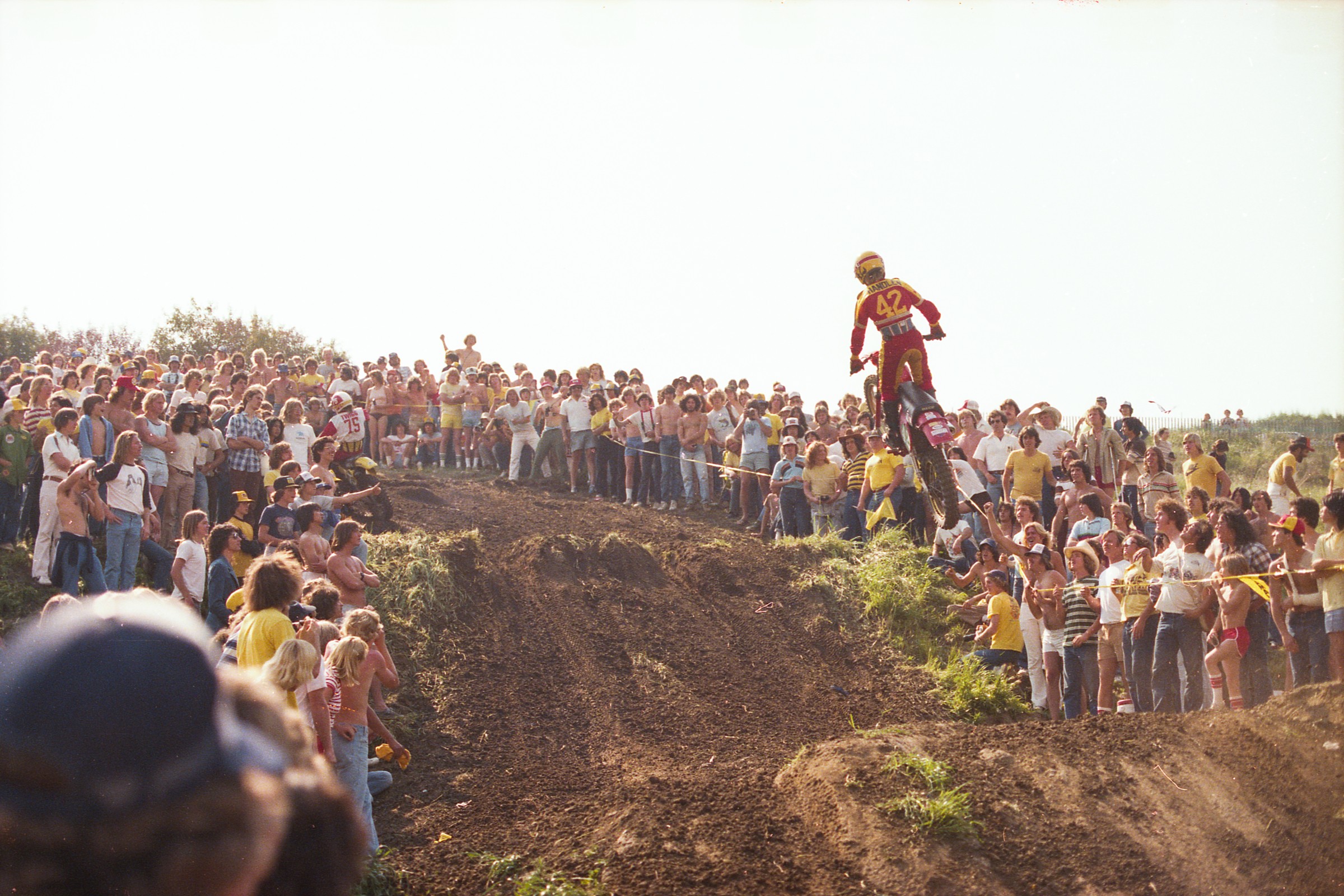 On This Day in Moto October 5

The motocross racing nations of the world are all rolling into tiny Buchanan, Michigan, for a massive event. The 2018 Monster Energy FIM Motocross of Nations will go off this weekend, with opening ceremonies and team introductions this evening, practice and qualifiers tomorrow and the big race on Sunday. It will air live on CBS Sports Network, all three motos. Team USA has not won this event since 2011, but they are favored this time as 450 Pro Motocross Champion Eli Tomac, 250 Pro Motocross Champion Aaron Plessinger, and seasoned veteran Justin Barcia of Team Yamaha all signed up. The defending race champions (for four years running) are Team France.

Also, today would have marked the 59th birthday of one of Team USA's all-time heroes, Danny "Magoo" Chandler, winning of both the 1982 Trophee (250cc) and Motocross (500cc) des Nations. Riding for the Honda factory team as a support rider at the time, Magoo shocked the world by sweeping all four motos of the two events, which were held on back-to-back weekends that September. He would later find himself racing in Europe for the KTM factory, and the last major victory of his career was the 1985 French 500cc Grand Prix. The following year he was paralyzed in a freak crash at a supercross in Europe. He would pass away in 2010. He is a member of the AMA Motorcycle Hall of Fame.

This is a documentary about his life:

Suzuki rider Kent Howerton wins the third round of the four-race Trans-USA Series at Unadilla in Upstate New York. Howerton will win three of the four rounds on his way to the series title, which he also won in 1979. The Unadilla race was run under a dark cloud as riders and race fans were just learning of the passing of longtime factory rider Gaylon Mosier, who was killed a few days earlier while cycling near the race track.