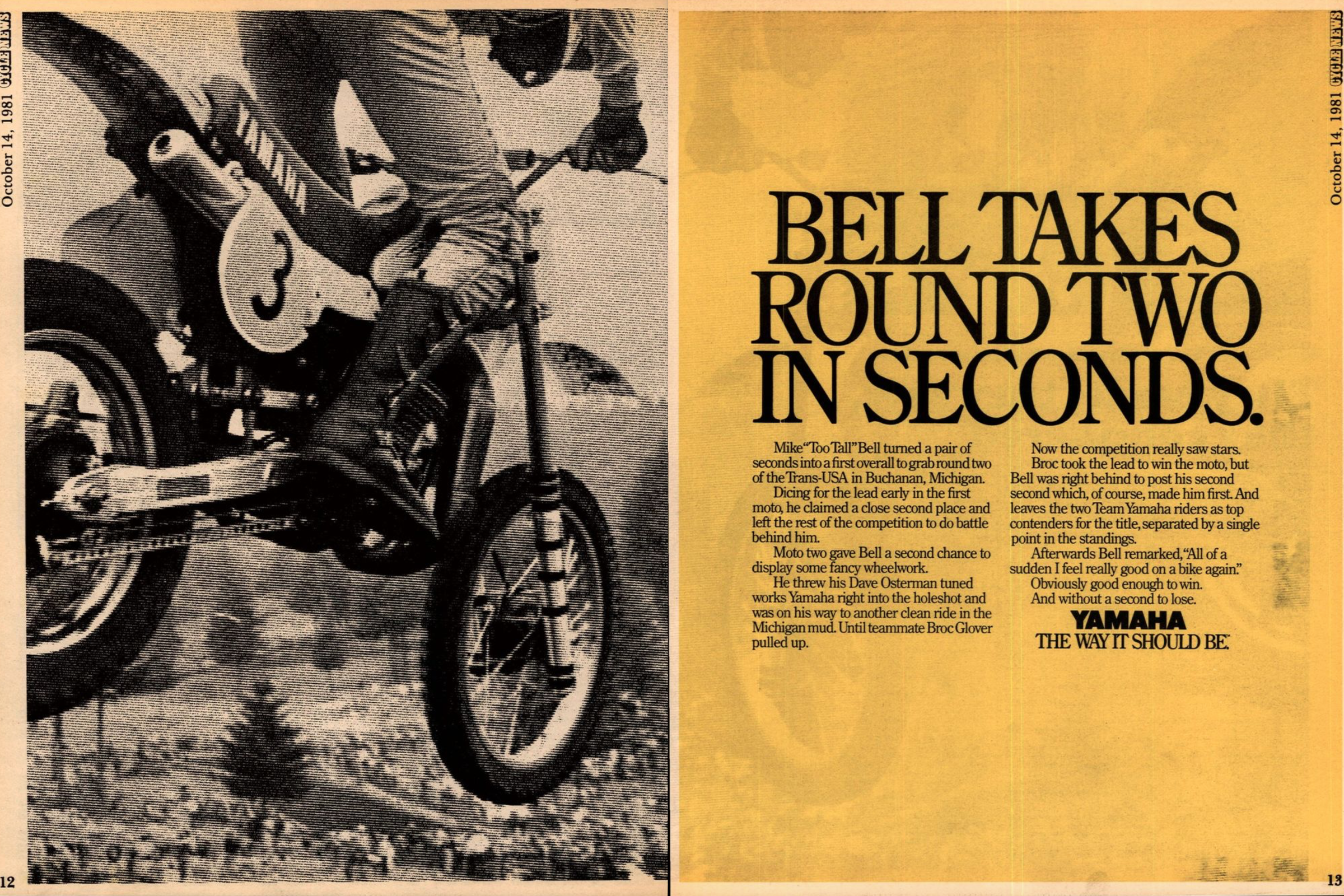 On This Day in Moto September 27

Yamaha's Mike Bell took the overall win at RedBud, the second round of the 250cc Trans-USA Series. This would be the one and only round of the five-race tour that was not won by Broc Glover, Bell's Yamaha teammate and the eventual champion. Glover suffered a seized motor in the first moto, then won the second race. Second overall went to Suzuki's Darrell Shultz; third went to Yamaha's Rick Burgett. The winner of the first moto, Team Honda's Donnie Hansen, did not finish the second moto due to a bike problem.

In the 250cc Support class, Danny "Magoo" Chandler won for the second round in a row.

And here's a win ad for Danny "Magoo" Chandler on the all-new Honda CR480R.

At the FIM Motocross of Nations in France (and since it's France, we should use the traditional term "Motocross des Nations"), the home team won in a squeaker as Yamaha's Romain Febvre, the FIM MXGP Motocross World Champion, went 1-1 in the MX3 category while Marvin Musquin went 4-3 as the team's MX2 rider. Team USA was led by a solid outing for Yamaha rider Justin Barcia, who went 1-3 as the team's MX1 (or MXGP) rider, and a valiant runner-up finish in the first MX3 moto by Cooper Webb, who was riding a 450 in a pinch. The MX2 rider on the all-Yamaha Team USA, Jeremy Martin, finished 5-5 as the Americans ended up second by a score of 14 to 16. Third-place Belgium had 56 points.