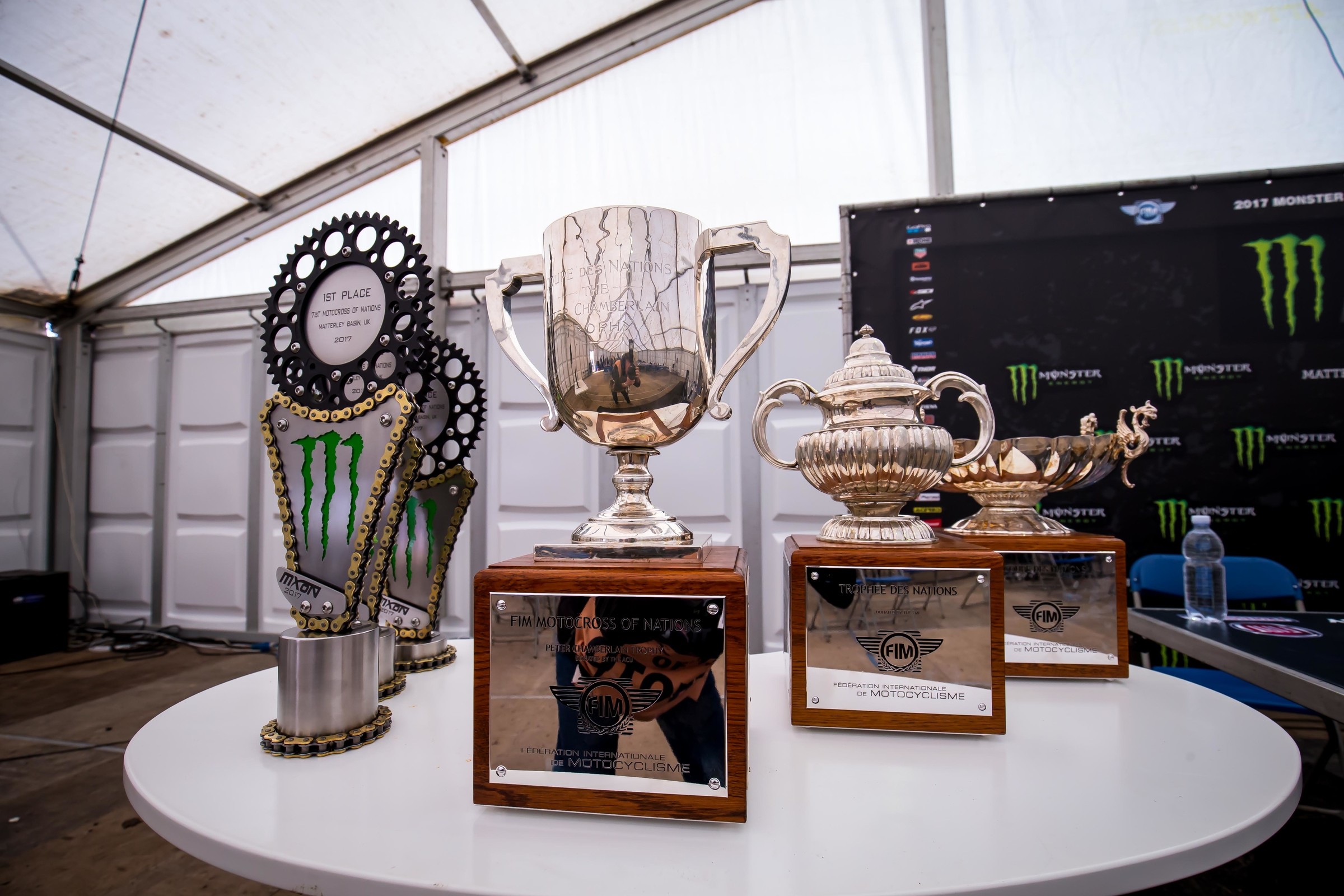 3 on 3 Questions for the Nations

No race brings out the arguments like the annual Monster Energy FIM Motocross of Nations, and no two people like to argue as much as our Steve Matthes and Jason Thomas. So, we fired off three questions regarding next weekend’s battle at RedBud and let them have at it!

1. What the heck is going on with Team France? Can they still win?

Steve Matthes: I'm not sure what I can say here, Weege, or else I might be banned from their pits like David Vuillemin! But seriously, the decision to leave Marvin Musquin off the team for ego reasons (he had turned them down before) was ridiculous, and when the team needed a replacement due to Romain Febvre's injury, it came back to bite them when, according to sources close to LeBigUSA.com, Marv told them to beat it. Replacing Febvre with Musquin was an upgrade, and I think they could've won. With Jordi Tixier, who's struggled with injuries and team switches since winning the 2014 MX2 World Championship, you have to be thinking a podium would be a very good day for France. Gautier Paulin’s had an off year as well, so I can't see a win here. I just can't. But Dylan Ferrandis could easily win MX2, so there's that.

Jason Thomas: It's pandemonium! Unlike Steve, I don't fear being banned from their pits because I won't be heading over there either way. The French team has clearly made some unconventional choices in the past and have gotten away with it. Marvin has been left off the team in other years and the team still won. Last year's win with Christophe Charlier was just another chapter in the recent French success. I think it's foolish for Steve to write this team off after four consecutive wins. As chaotic as this race is, I think they still have a reasonable chance to make it five wins in row. They have a great MX2 rider, an MXoN veteran at the helm for MXGP, and the 2014 MX2 champ as their fill-in in Open. I have seen worse teams, so don't be surprised if they are in the mix on Sunday afternoon. If Paulin performs like he often has for this event, Tixier might only have to put in one hero moto. Stranger things have happened, people.

Having said that, Team USA and Team Netherlands (my two odds-on favorites) are dodging a huge bullet with the Musquin/Febvre/ego/karma drama. If France rolled into RedBud with Marv, Ferrandis, and Paulin, this race would be a crapshoot across the board.

2. Matthes, you've already stamped Team USA for the win. Is this a lock?

Matthes: I mean, nothing in racing can be a lock, because what if a rider gets hurt on Saturday or Sunday like Jeremy Martin in Latvia or Jason Anderson in Italy? But yes, in my eyes, Team USA are favorites to win this thing. Everything changes when you travel over an ocean to race on a track you're not that familiar with. Look at past USGP results to see how good the American racers are when they're home, or even look at Cooper Webb catching and passing Jeffrey Herlings at the Charlotte USGP on a track he had as much time on as Herlings. He didn’t know the track, but he had the home nation atmosphere. It's just different, man, so RedBud favors the USA big-time. This is the best Team USA that's been sent to this race in five years, and they'll end the drought in 2018. And they better, because with Assen set to host next year's MXoN, I don't like the odds for a USA win in 2019.

JT: Steve has been droning on about this being a done deal, but I am nowhere near that level of confidence. Okay, on paper, I do believe USA has the best team. I think most would agree, in fact. The simple truth here, though, is that racing is anything but predictable. This race has a long history of drama and "whatever craziness can happen, will happen"-type scenarios. Jason Anderson getting landed on after winning a moto? Come on! Trust me when I tell you that no one wants to see a Team USA win more than I do, but to think it's a lock is crazy talk. I have sat by and watched too many losses in a row to assume we are going to run away with anything. The Grand Prix riders have elevated their level, plain and simple. Can the USA win easily this year if everything goes perfectly? I believe that's possible, yes. A lock? Gimme a break, Steven.

3. Herlings vs Tomac. Go ahead guys.

Matthes: NO. NO. NO. NO. I refuse to get dragged into this "who's better" argument like so many online. Even Eli Tomac on the PulpMX Show this week said he's tired of it. The only way we'll know who's the better rider is if they raced a long series against each other on different tracks. I will say that it's cool the Dutch put Herlings in MXGP and not the Open class like he's been in the past. As Tomac said on the show, you have to put your ego aside and do what's best for the team. So, for instance, if Herlings gets out front in moto three but the USA has a nice lead for the overall, and Tomac just brings it home in second for the overall win, are you people gonna start yelling that Herlings is better? They're both amazing riders and I don't know who's better. How's this—they split their motos and JT and everyone else keeps arguing for another year!

JT: For me, this isn't really about "who's better." Both are incredible riders, and with the USA schedule being dominated by the Monster Energy Supercross calendar, it's not even apples to apples, anyway. Singular focus will always elevate one's ability, and for the MXGP riders, they hone their outdoor motocross skills year-round. While Eli is blitzing whoops inside Jerry's World, Herlings & Co. are already firing on all cylinders for their world championship. One race is not a true comparison and a very small sample size, so on that, I agree with Steve. We are never going to get a combined world championship showcasing both supercross skills and outdoor motocross skills. That's just reality.

Knowing the limitations, I am simply excited to see them go at it for an entire weekend. Remember, folks, it's not simply one moto. It will be lap time battles each time out in timed practice, a Saturday qualifier, and then two motos. That's a lot to witness and experience. There will be high drama and the competitive juices will be flowing. The last time they faced, Tomac was able to win the first moto, but as the track got rougher, the MXGP heroes flexed their skill set. How will they fare on a track that Eli knows well? Was Ironman a true display of Herlings' superior speed, or was WW Ranch closer to reality? Both of these guys know the spotlight is squarely on this showdown. They will say the right things and angle for the team wherever needed, but deep down, they want to leave RedBud with the bragging rights. That's just how these guys are wired. That competitiveness will shine through above the team rationale, somehow, some way. When the adrenaline kicks in and these two want to sort out who's the man, that's the moment I will be waiting for. These are two alpha male riders at the pinnacle of their abilities. Steve can go grab a pretzel during that moment if he's uninterested, but I, for one, am all in on this showdown.