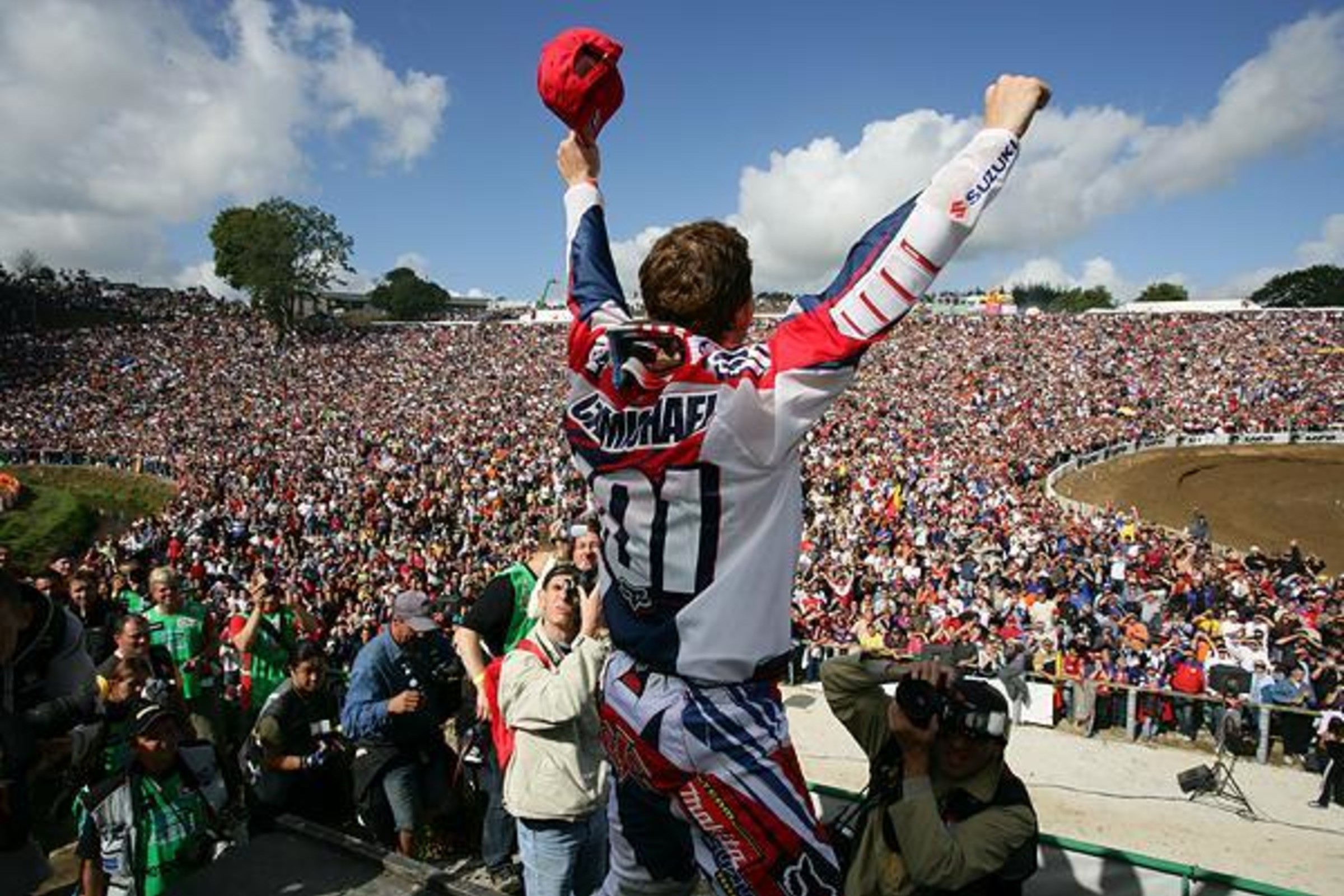 On This Day in Moto September 25

Suzuki's Roger DeCoster won the opening round of the Trans-AMA Series, beginning what would be a fourth straight title run in the U.S.-versus-Europe series. Bob Hannah won the first moto decisively over Honda's Marty Smith and DeCoster, and was leading for the first 30 minutes of the second moto when a 29-cent chain guide fell off and cost him the win. Roger won moto two and Honda riders went 2-3-4: Smith, Jim Pomeroy, and Brad Lackey.

The FIM Motocross of Nations returned to Maggiora, Italy—site of the epic '86 win by the Americans—but this time, Team USA was on an unlucky streak. The trio of Cooper Webb, Jason Anderson, and Alex Martin had a decent day, but their best chance of winning disappeared moments after the checkered flag in the second moto. That's when moto winner Anderson slowed down and rolled the finish line tabletop, only to be landed upon by a lapped Japanese rider who did not realize that Anderson had slowed down. The Husqvarna rider was knocked out for the day, and everything would be on MXGP rider Webb's shoulders in the final MXGP/Open race. Cooper rode hard and had a good shot before a late tip-off cost him a few valuable spots. The French team of Gautier Paulin, Romain Febvre, and Benoit Paturel would beat the Jeffrey Herlings-led Netherlands by one point, with Team USA third and another three points back.

Ricky Carmichael led Team USA back to the winner's circle of the Motocross of Nations in Ernee, France, for the first time since 2000. The Americans had only been present once since then in 2003, as they first dropped out after the September 11 attacks in 2001 and again after the debacle known as Competition Park caused the race to be moved back across the ocean to Spain in 2002. There was also a lack of interest by anyone in '04, as RC was switching to Suzuki, James Stewart was moving up to a 250, and "the perfect storm" was forming in supercross.

By committing to the event, Carmichael got American interest in the event back up. He and Kevin Windham and Ivan Tedesco worked together to give Team USA the first of what would be seven straight wins at the FIM Motocross of Nations.