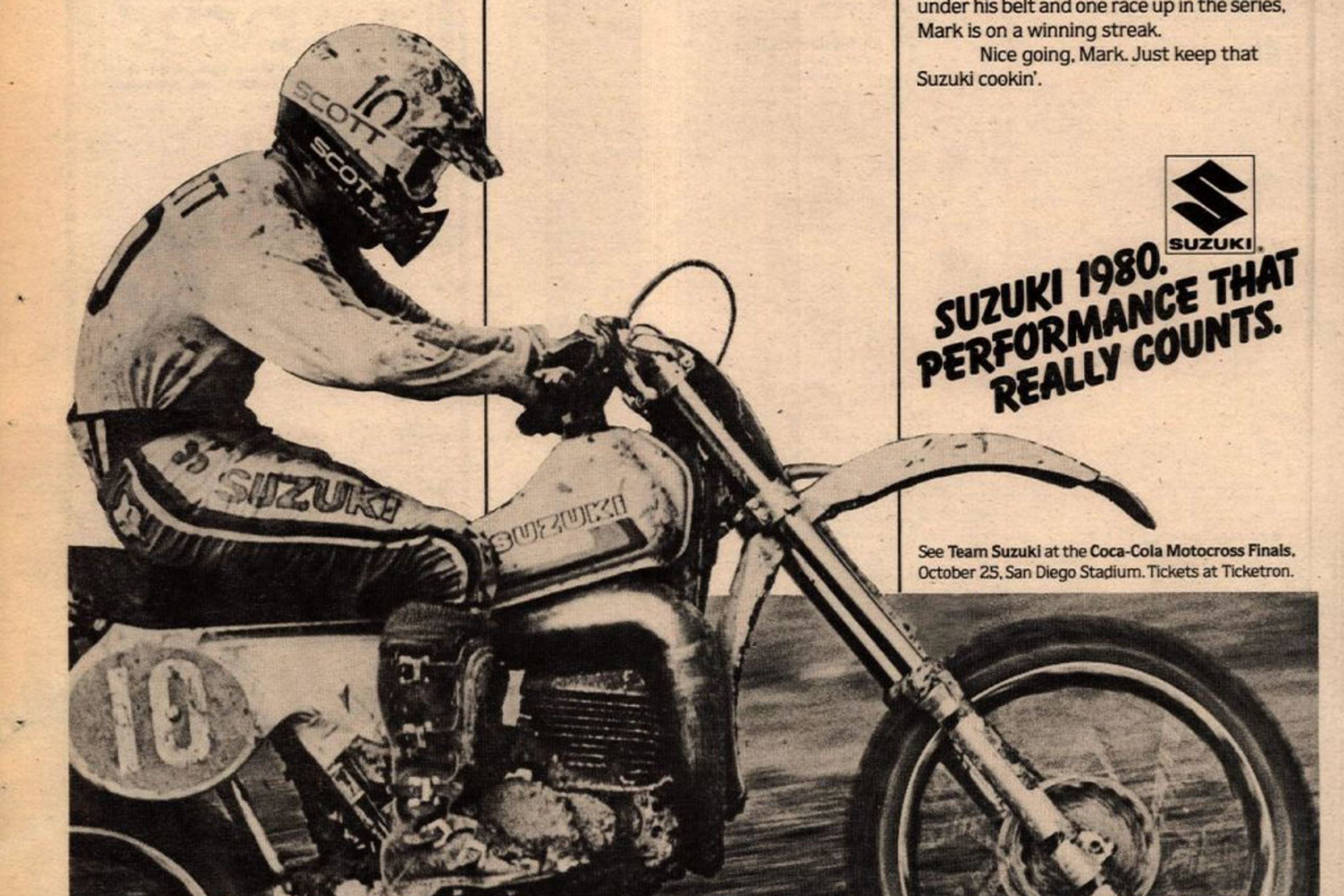 On This Day in Moto September 21

The Trans-USA opener took place at Mid-Ohio Raceway in Lexington, Ohio. Suzuki's Mark Barnett won the overall with 2-1 scores to Yamaha's Broc Glover's 1-5 and Marty Tripes' 3-3. The race was the first of just four rounds of what used to be called the Trans-AMA Series. The only European at the event was 500cc Motocross World Champion Andre Malherbe, but he wasn't allowed to race because the FIM would not release him to race, as there was a conflicting date with a Belgian National race that he was obligated to compete in. According to Cycle News reporter Tom Mueller, the FIM called the AMA on the telephone and said under no circumstances was Malherbe allowed to race. He ended up flying home before the race even started.

The race also marked the return of Bob "Hurricane" Hannah, who missed all of the 1980 AMA Supercross and National series due to a badly broken leg that he suffered in a waterskiing accident. Hannah got bad starts in both motos but still managed to work his way up to 6-4 moto finishes.

And check out this Cycle News ad with 1980 Rookie of the Year Jim Holley on a Mugen Honda.

Malherbe was the only big-name European rider to commit to the series (Bombardo Maurizio and Lief Niklasson were the only other ones advertised), and his absence pretty spelled doom for the Trans-USA as an international tour. It would limp along for a couple more years, but the end was near.