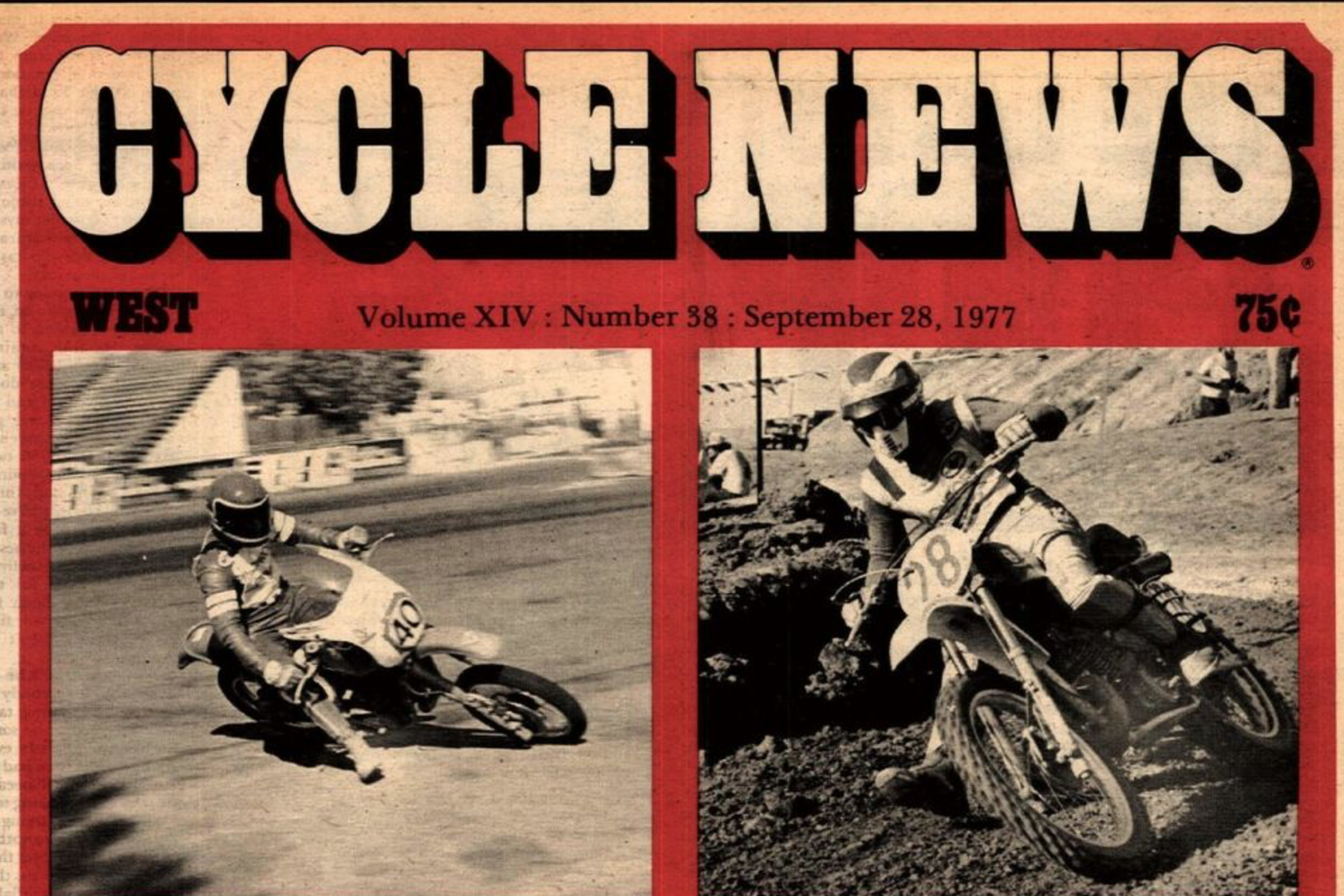 On This Day in Moto September 18

At what was billed as the first "Olympiad of Motorcycling," factory Husqvarna rider Kent Howerton won the S/W Monroe Motorcycles Olympiad at Orange County Raceway and Saddleback Park, with Kawasaki's Gary Semics second and Yamaha's Mike Bell third. The event had six disciplines: drag racing, TT, cross country, short track, road racing, and motocross. Riders from all facets of racing were invited. For instance, enduro legend Dick Burleson won the drag race, "Too Tall" Bell won the TT, road racer Rick Hacking won the road race, and Bob "Hurricane" Hannah won the cross country and motocross portions. Riders had to work on their own bikes in limited times and restricted areas. This, believe or not, was the actual genesis of what would become Supermoto, after the idea was seized by the legendary promoter Gavin Trippe the following year and transformed into the ABC Battle of the Superbikers.

Team USA's winning streak at the FIM Motocross of Nations ran to seven years in a row, their second-most since 1981's 13-year winning streak started, with a success at St. Jean D'Angely, France. Led by 450 riders Ryan Dungey (MX1) and Ryan Villopoto (MX3), the Americans each finished third in their first motos. In a tour de force finale, Monster Energy Kawasaki's Villopoto took off with the lead in the last moto and Makita Suzuki's Dungey followed. RV would slow at the finish so the two could cross the line together, celebrating the win. Their third teammate, Monster Energy/Pro Circuit Kawasaki's Blake Baggett, had a tough day, going 17-17 in the damp conditions, but it was enough to keep the streak going.

Ironically, this was the last time that Team USA won this event, as well as the last time Villopoto would participate in it. The other moto winners were Australia's Chad Reed in the first go and France's Gautier Paulin the second time out. France, with Marvin Musquin and Christophe Pourcel riding in support of Paulin, finished second, with Reed's Australia third.