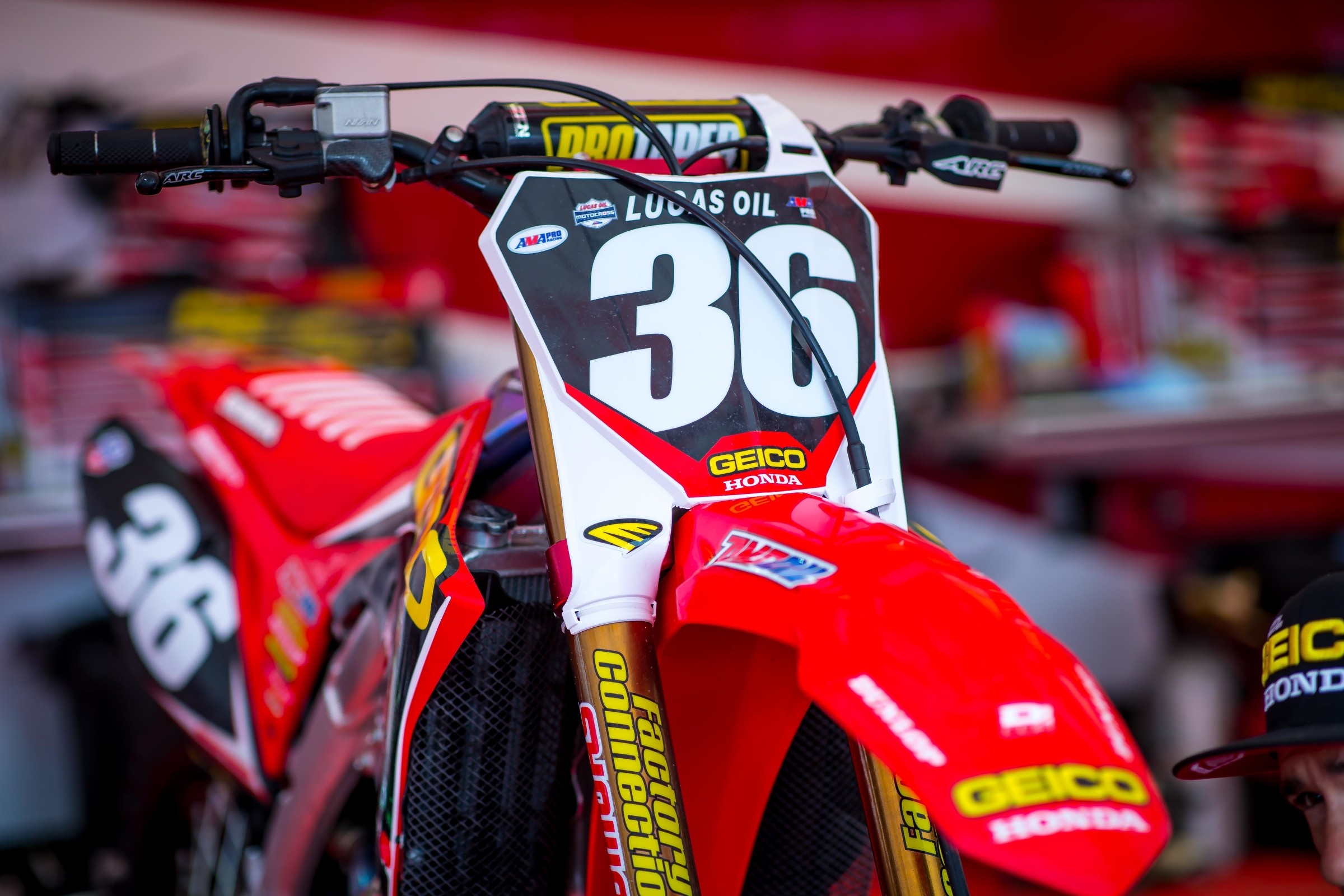 The AMA have announced the 2019 numbers for supercross and motocross, which we'll get a glimpse at during the Monster Energy Cup next month. For now, let's look at what's new for next year.

Note: With Plessinger and Osborne scheduled to move to the 450 class in 2019, there will be no #1 in the 250 class next year. Osborne and Plessinger combined to win all three titles in 2018.

Riders that earn an AMA National Championship are eligible for single-digit numbers. Aaron Plessinger joined those ranks this year with his 250 AMA Motocross title.

In the post-race press conference at Budds Creek, where he wrapped up his first career Pro Motocross title, Plessinger hinted that he would take #7 if given the opportunity.

Those shoes—or should we say boots—of course belong to James Stewart. Stewart wore #259 from 2002 through 2005 and switched to number 7 prior to the start of the 2006 season. Of course, most fans recognize Stewart as #7, and he even created a gear line (Seven) with his number.

Although he has not raced since Washougal 2016, Stewart has not officially announced his retirement, and Stewart’s camp asked the AMA keep his #7 a year ago. This doesn’t mean that Stewart is retired—he probably is—but he would have to compete under a three-digit number if he were to return to racing. #259 at A1? Probably not, but that number would look cool.

Of course, Plessinger isn’t the first rider to take the number of a legend. Blake Baggett picked Ricky Carmichael’s #4, Cole Seely took Kevin Windham’s #14, and more recently, Cooper Webb took #2, long associated with Jeremy McGrath and Ryan Villopoto. This is going to continue to happen. As legends retire, the number has to go somewhere else.

One number that was available that did not get selected was #5, the number Ryan Dungey had for much of his Hall of Fame career. Before Dungey, by the way, Mike LaRocco held #5 for many, many years. Someone will eventually take the number, but it hasn’t happened yet. Numbers #8 and #9 lay in wait, also.

Shane McElrath has elected to take #12. This is Jake Weimer’s old number. Weimer announced his retirement from racing earlier this week.

Riders who will enter 2019 with career numbers.

Yep, no one took it again. The last person to select the unlucky digit was Jessy Nelson in 2016.