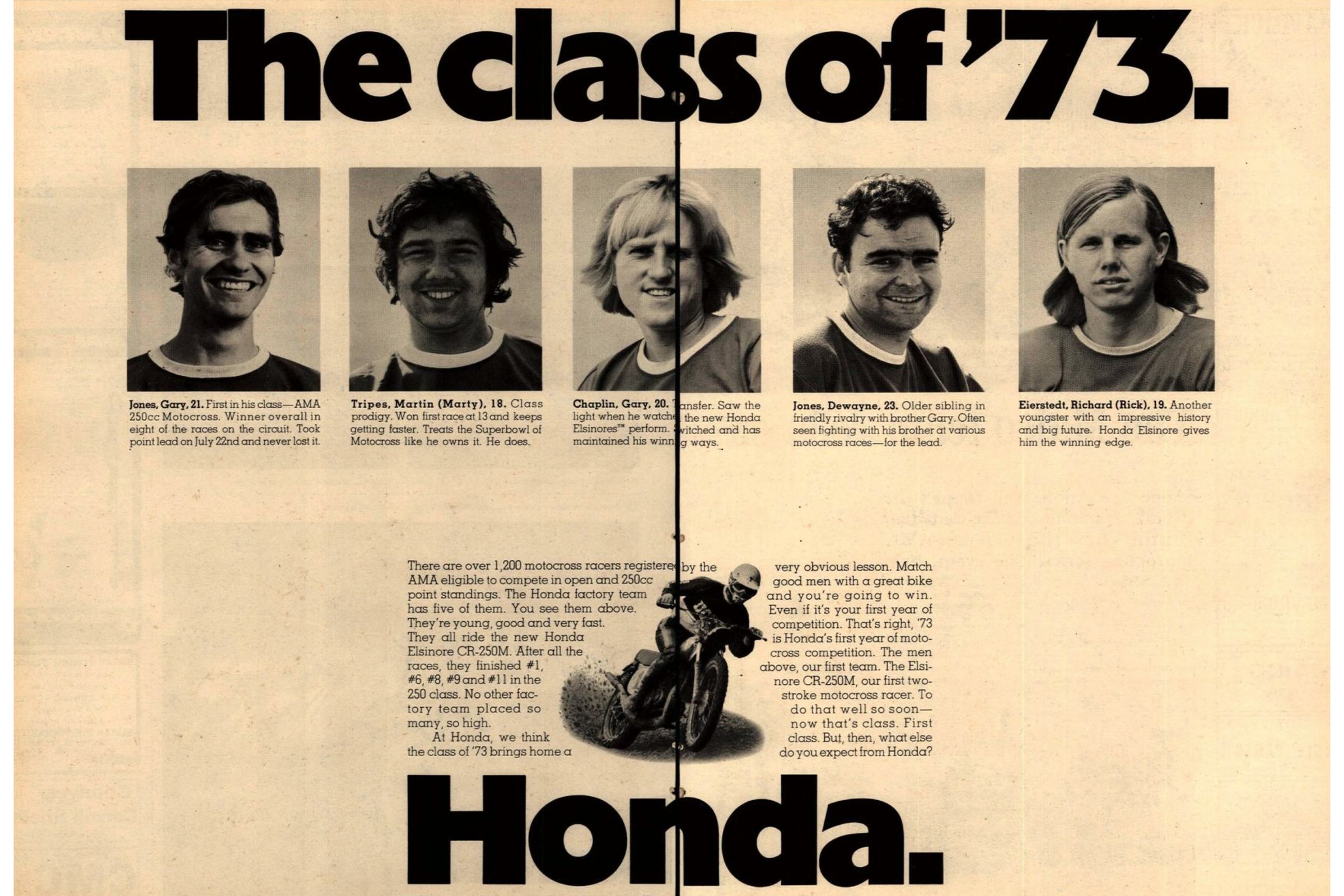 On This Day in Moto September 13

Another year, another win for Belgium in the Trophee des Nations—this time in the mud in Knutstorp, Sweden. Their all-star lineup of Roger DeCoster, Joel Robert, Sylvain Geboers, Gaston Rahier, and Jaak Van Velthoven went 1-3-4-6-10 to dominate the five-man team event for 250cc motorcycles. Only the Finnish rider Heikki Mikkola got close, finishing second behind Geboers. But deep in the field were three young Americans who were there on a visit, sponsored by Edison Dye, to ride Husqvarnas, and they went ahead and signed up to race. Mark Blackwell, Bob Grossi, and Dick Robbins failed to qualify for the actual main event but were on hand, flying the Stars and Stripes of Team USA for the very first time on the global motocross stages of the FIM Trophee and Motocross des Nations. Just 11 years from this day, Team USA would be winning the event.

...Which brings us to 1981 and the Team USA breakthrough. Having already won the Trophee des Nations the previous week in Lommel, Belgium, the Americans arrived in Bielstein, Germany, hoping to surprise the Europeans once again, only this time on 500cc Hondas. The first moto saw Donnie Hansen finish second to Sweden's Hakan Carlqvist, with Danny LaPorte sixth, Johnny O'Mara 11th, and Chuck Sun 20th. In the second moto, LaPorte ran second to Carlqvist, O'Mara eighth, Hansen 13th, and that was enough for another shocking win, this time by a single point over the British. It was the beginning of a 13-year winning streak for Team USA.

And as the AMA circuit began to focus on 500cc racing in the Trans-AMA Series, American Honda released the ad below to celebrate its first year in the 250 class. That's when Gary Jones won the brand its first motocross title, his teammate Marty Tripes won the Superbowl of Motocross for a second year in a row, and Gary Chaplin, Dewayne Jones, and Rich Eierstedt helped fill out the top ten. Ironically, Honda and Jones would soon part ways, as he wanted to race the Trans-AMA Series but Honda did not have a 500cc motorcycle. So, his dad Don went out and got him a Maico, and Jones figured it was okay as long as he wore a Honda jersey while he raced it. Honda thought otherwise and his contract was soon broken. He would come back in 1974 on a Can-Am and promptly win the AMA 250 Motocross title again—for a third year in a row—on a third different bike (Jones rode a Yamaha in '72).

It would take Honda until 1982—a full decade—to win the AMA 250 Pro Motocross crown again.

The FIM Motocross des Nations was finally held in the United States for the first time, and the site was Unadilla in upstate New York. Promoter Ward Robinson, long a fan and supporter of  international motocross, landed the race after years of campaigning via his very successful Trans-AMA, Inter-Am, and U.S. 250cc Grand Prix races. Unfortunately, rain and mud greeted the motocross world, but came with another Team USA win, this one now the seventh in a row for the Americans. Jeff Ward of Team Kawasaki led the 500 class, Honda's Rick Johnson the 250 class, and Suzuki's Bob Hannah the 125 class. The Netherlands finished a close second, Belgium was third, and Germany fourth.

The race wasn't without its controversies. First, there was Suzuki's Hannah getting the nod over two-time AMA 125 National Champion Micky Dymond for the 125cc slot, despite the fact that he had not raced the 125 class in years. Also, the muddy conditions had lots of riders going off the track and struggling to get back on—French teenager Jean-Michel Bayle was docked in the first 125 moto for getting assistance just outside of the mechanics' area. And watch this video below: Just 15 seconds in, you will see Team USA's Jeff Ward riding up the side of the track, outside the course markers.

It was a mess for everyone, and lots of people were riding outside the lines, but no matter how you sliced it, the Americans came out on top.