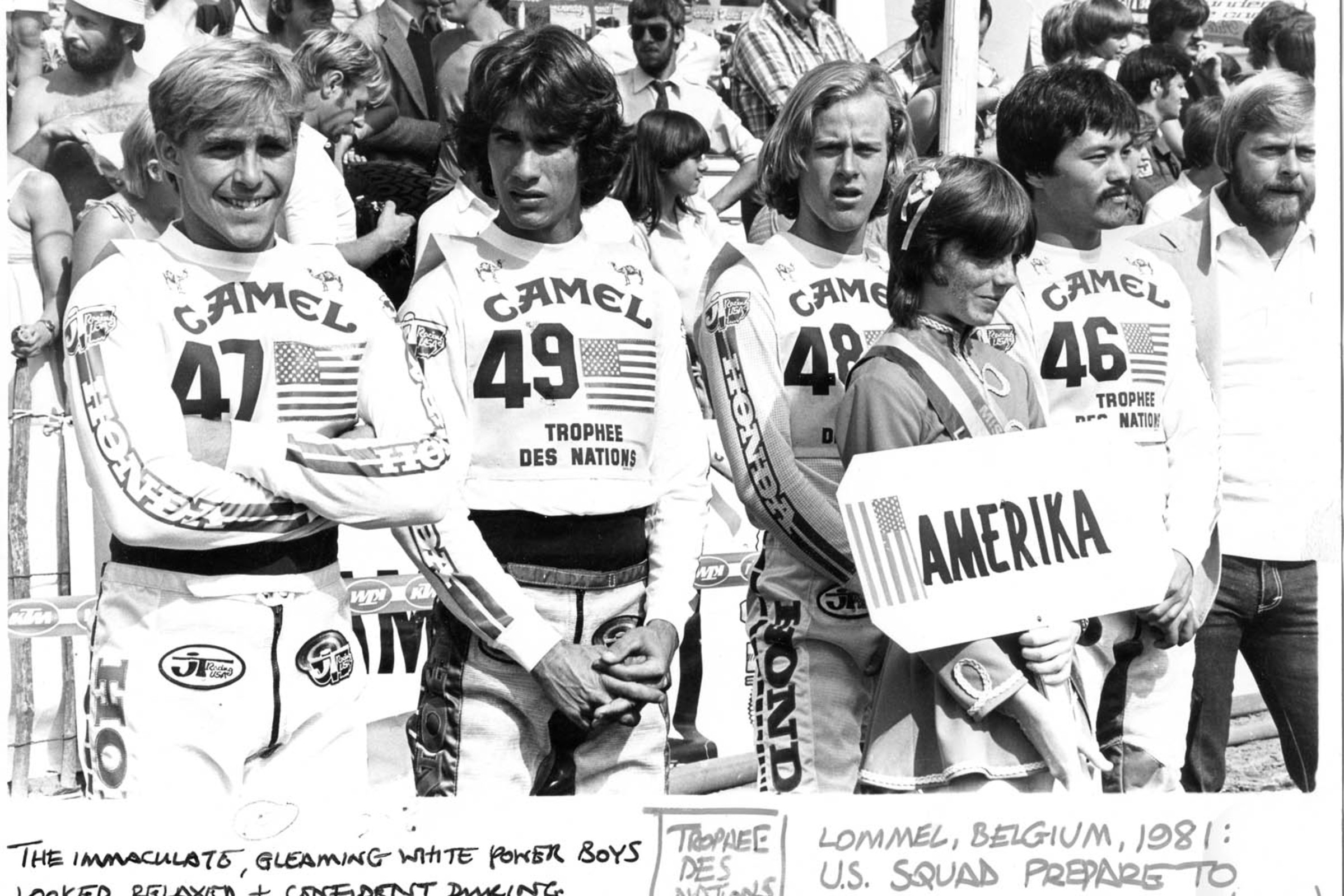 On This Day in Moto September 6

The final round of the 1998 AMA Motocross Championship was held at Steel City Raceway. Doug Henry finished off his 1998 title campaign with a 2-1 overall. Henry’s title was a huge shift in the sport, as it marked the first for a four-stroke in AMA Motocross competition. Greg Albertyn won the first moto and finished second overall ahead of Mike LaRocco.

In the 125 Class, Robbie Reynard won the overall with 2-1 motos. It would mark the final win of Reynard’s career. John Dowd and Casey Johnson rounded out the podium. 125 Class Champion Ricky Carmichael, who had already clinched the title, had one of his worst races of the season, finishing fifth overall.

The biggest game-changer in the history of global motocross: An underdog squad of American Honda riders returned to the FIM Trophee and Motocross des Nations after a two-year absence. Cobbled together with help from Motocross Action editor Dick Miller, Bel-Ray's JJ Hanfeld, Hi-Point Racing's Larry Maiers, JT Racing's John and Rita Gregory, and Team Honda's Roger DeCoster and Dave Arnold, the quartet of Johnny O'Mara, Danny LaPorte, Donnie Hansen and Chuck Sun traveled to Europe to race against the rest of the world's best riders. None of them were current AMA champions, but the bigger names—Mark Barnett, Broc Glover, Bob Hannah, Kent Howerton, Mike Bell, etc.—all either didn't want to go or couldn't get their teams to support them. So Honda stepped up, and the rest would become motocross history.

On Sunday, September 6, 1981, at the bottomless sand pit known as Lommel in Belgium, the 250cc Trophee des Nations would go off on one of the world's roughest tracks. One week later, they would all race 500cc bikes at the hard and slick Bielstein circuit in Germany. No American team had ever won either event, going back to the first Team USA of 1970.

In Lommel, the four Americans, all dressed in matching white JT Racing gear, shocked the global motocross powers by all running up front. In the first moto, their lowest finish was an eighth; in the second moto, the lowest finish was 11th. In one fell swoop, the global power balance of motocross shifted from Europe to the other side of the Atlantic Ocean, and an astonishing 13-year winning streak was underway.

Fast-forward 11 years and that Team USA winning streak had built immense pressure on the American riders, as no one wanted to be part of the team that finally lost. In 1992, the top domestic riders in AMA Supercross and AMA Motocross were Honda's Jeff Stanton, Yamaha's Damon Bradshaw, and Kawasaki's Mike Kiedrowski, and GP riders like Donny Schmit, Trampas Parker, and Bob Moore were no slouches, either. But Team USA manager Roger DeCoster was having a hard time pulling a team together for the long trip to Australia, and soon even he gave up on the idea.

The AMA did not want to give on defending the Peter Chamberlain Trophy, and a team was cobbled together of young AMA talent and an old GP rider. Kawasaki's Mike LaRocco and Yamaha's Jeff Emig were locked in battle for the AMA 125 National Championship, and Billy Liles was a journeyman 500cc Grand Prix racer. They all agreed to go, and the AMA's Roy Janson was named team manager. Emig would race the 125, LaRocco would step up to a 250, and Liles would race a 500cc Honda. They were immediately referred to as "the B team."

In their MXoN debuts, Emig went 1-2 in the 125 class and LaRocco went 2-2 in the 250 class. Liles, who actually raced before—only for Team Luxembourg—ended up 2-2 in the 500 class. They ended up winning with a cumulative overall tally of nine points to 12 for Belgium, which suffered bad luck when Stefan Everts had a bike problem while leading the first 125 moto. The Team USA streak was now at 12 wins in a row.

Additionally, the 1992 MXoN was also the last professional motocross race for the enigmatic, superb Jean-Michel Bayle, the world-beating Frenchman who did a great deal to even the balance of power back out between the U.S. and Europe.

Never miss a new item release or sale by signing up for our newsletter.