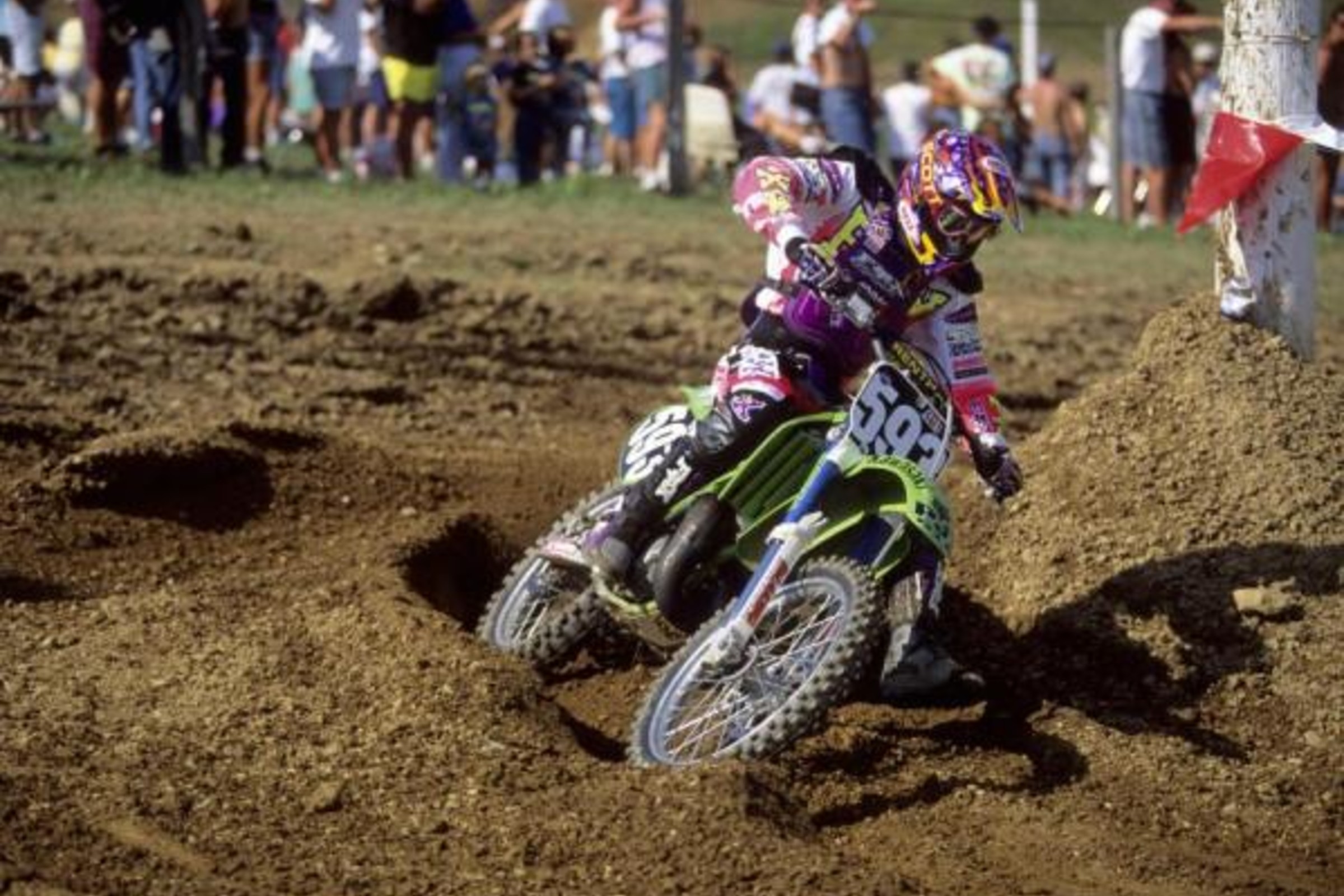 On This Day in Moto September 5

Team USA's wild man Danny "Magoo" Chandler introduced himself to the rest of the world with a stunning 1-1 ride on the 250cc Honda at the FIM Trophee des Nations in Gaildorf, Germany. Chandler's dominant performance led an easy win for the all-Honda Team USA, which also consisted of Johnny O'Mara, David Bailey, and Jim Gibson. It was the second year in a row that the Americans had won, though O'Mara was the only holdover from the first winning version of Team USA (Danny LaPorte, Chuck Sun, Donnie Hansen). Bailey was called over from California after Hansen was badly injured in a practice crash before the race, leaving him with a serious concussion. Hansen would never race again.

Before the U.S. dominance of the eighties—which actually lasted 13 years—there was Belgian dominance prior to and during the seventies. From 1969 to '78, the Red Knights won every Trophee des Nations (250cc equipment). Roger DeCoster was a member of every team, including the 1971 team that won in Czechoslovakia. The format for that year called for five-man teams. The outright overall winner was DeCoster's Suzuki teammate Sylvain Geboers, with Roger second, Jaak Van Velthoven eighth, and Gaston Rahier 13th. The fifth rider on the team was the multi-time FIM 250cc Motocross World Champion Joel Robert, but his score turned out to be the lowest and did not count toward the overall tally. Second was Sweden, led by former two-time 500cc World Champion Bengt Aberg, and the home Czech team was third.

There was no Team USA at the '71 Trophee des Nations, but several top riders headed up to Canada for a match race called the Canadian Challenge Cup. The race was held at Stampeder Motor Park in Aldergove, British Columbia. Among the Yanks on hand were a couple who would later go into the motorcycle aftermarket business: Eddie Cole and Bryar Holcomb, as well as Jim McDougal, Jeff Wecker, John Rice, and more. At the end of the day, the American team won the Can-Am Challenge.

And check this out: The kid who ended up the overall winner of the Can-Am Challenge, and hence the de facto Canadian National Champion, was a 14-year-old on a Hercules named Larry Watkins.

There was also a massive race at the Cal-Expo in Sacramento that attracted 15,000 spectators and some very promising young riders who would become formidable professionals as the sport started to grow. Danny LaPorte was the star of the 100cc class, Gary Jones topped the 250 Expert class, and Bill Silverthorn topped Jim West, Tim Hart, Mark Blackwell, and Bill Clements in the Open Expert class. John DeSoto and Brad Lackey were also on hand, but both had bike problems.

Kawasaki's Robbie Reynard, just 16 years and three months old, won the Steel City 125 National finale, making him the youngest rider ever to win an AMA Pro Motocross race in either class. It's a record that still stands to this day. Reynard used unlikely 6-1 scores to win for the first time in his career. Yamaha's Jeff Emig finished second and Honda's Doug Henry third, but it was enough for Henry to snatch the #1 plate from Emig's bike as the new AMA 125 National Champion.

The '93 Steel City race also marked the last AMA 500 National, as a lack of interest (Suzuki and Yamaha had quit making or developing Open bikes) led the AMA to refocus on the 125 and 250 as their primary classes. The abbreviated four-race series was won by Mike LaRocco, while his Kawasaki teammate Mike Kiedrowski had the distinction of winning that last 500 National. And here's a little history tidbit for you: The last man to score a point in AMA 500cc racing was East Sparta, Ohio's Mike Katin Jr., who finished 20th in the second moto at Steel City aboard a Honda CR500.

Never miss a sale or product release by signing up for our newsletter.