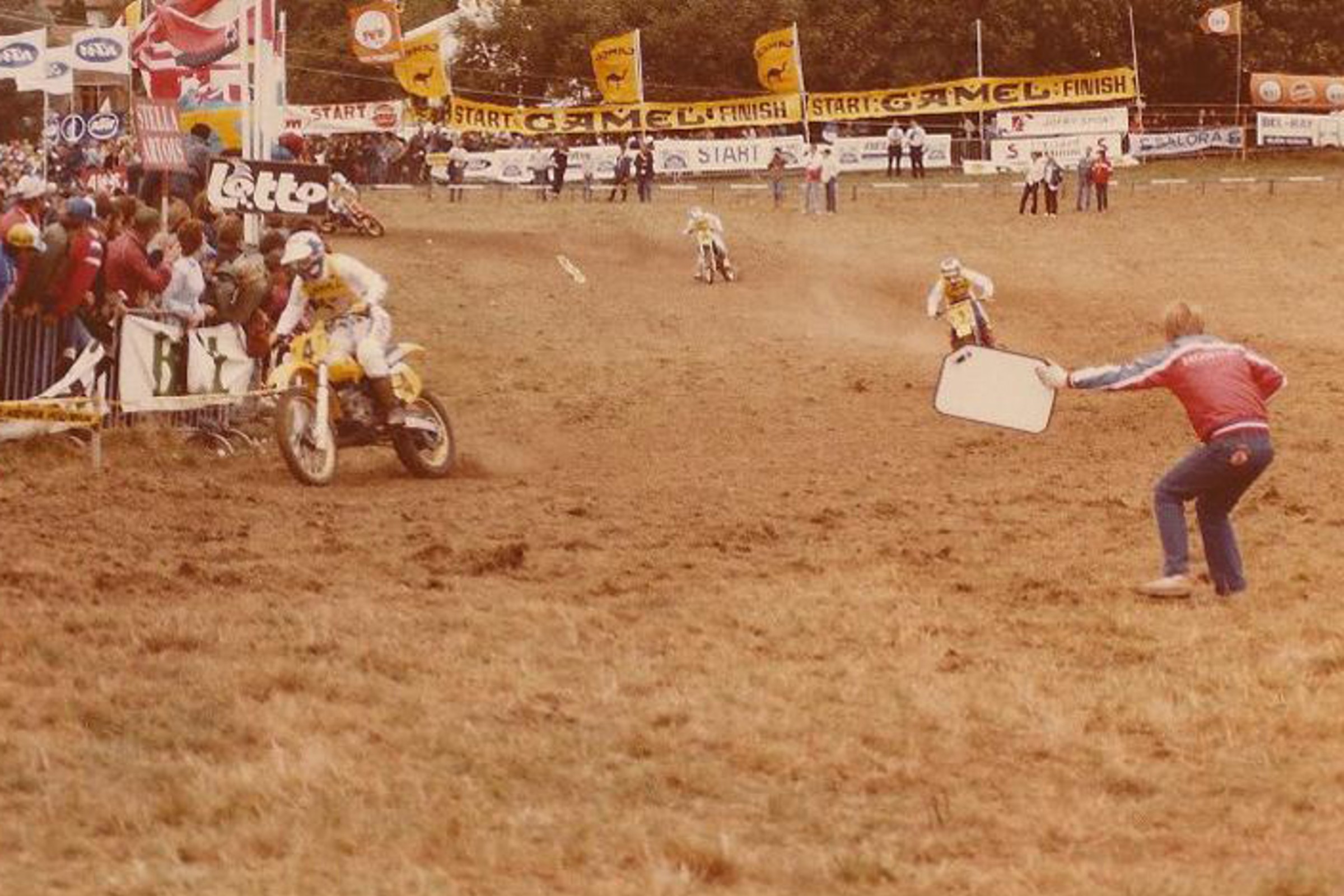 On This Day in Moto September 4

The AMA 125/250 National Championship came to a close at Steel City Raceway in Delmont, Pennsylvania. The 250 Class was a foregone conclusion as Kawasaki's Mike LaRocco had already clinched the #1 plate, adding it to the 500cc title he had taken the previous season. For good measure, LaRocco went ahead and added a win in the last round at Steel City over Honda's Jeremy McGrath and his Kawasaki teammate Mike Kiedrowski.

The 125 Class had a little more drama, though it was practically a foregone conclusion as well in that Honda's Doug Henry, the defending class champion, had more than a moto's lead in points. The winner on the day would be Kawasaki's Robbie Reynard, but the on-track brawl between Henry and Splitfire/Pro Circuit Kawasaki's Ryan Hughes was all anyone was talking about afterwards.

Ricky Carmichael was working on wrapping up his third undefeated summer in AMA Pro Motocross by winning both motos at the Steel City National, the next-to-last round. RC had already wrapped up the title, his sixth straight 250 Class title and ninth overall. Honda riders Kevin Windham and Ernesto Fonseca finished second and third.

In the 125 Class, it was a popular local win for Pittsburgh's own Broc Hepler, riding for Team Suzuki. Hepler went 1-1 in front of title combatants Mike Alessi (2-2) of the Red Bull KTM team and Monster Energy/Pro Circuit Kawasaki's Ivan Tedesco (5-3). Finishing fifth in what was only his second pro race was Ryan Villopoto.

In a surprising turn of events, Rockstar/Makita Suzuki's Ryan Dungey DNF'd the first moto at Steel City, which opened the door for GEICO Honda's Kevin Windham, who was late to join the series, to position himself for the overall with a win in the first moto. Windham then followed Dungey home in the second race for a popular win. Fortunately for Dungey, he had already clinched the title.

In the 250 Class, GEICO Honda's Trey Canard won both motos ahead of Monster Energy/Pro Circuit Kawasaki's Christophe Pourcel, ensuring that the title would be decided at the final round at Pala Raceway in Southern California.

At the FIM Motocross of Nations in Cognac, France, a Belgian team led by KTM-mounted Andre Malherbe and Suzuki's Roger DeCoster took the win. That was no surprise, but what was was the fact that Team USA finished a solid second overall, led by Suzuki's Tony DiStefano and Maico rider Steve Stackable. Great Britain finished third.

Finally, at the 1983 FIM Motocross of Nations, the rest of the world got to see the very best of the Americans as the AMA and team manager Roger DeCoster opened it up from the all-Honda lineups in 1981 and '82 that turned U.S. interest around on the whole event. As a result, the only Honda rider was David Bailey, and he was joined by Yamaha's Broc Glover, Suzuki's Mark Barnett, and Kawasaki's Jeff Ward—all top-shelf Americans—in Angreau, Belgium. For all but Bailey, the MXoN was a new event—he was the only one with any experience at the "Olympics of motocross." The results were the same. Glover led 1-2-4 first moto tally and Bailey led a second moto 1-3-4. Only the low finishes were thrown out, and Team USA's scores were twice as good as runner-up Belgium.