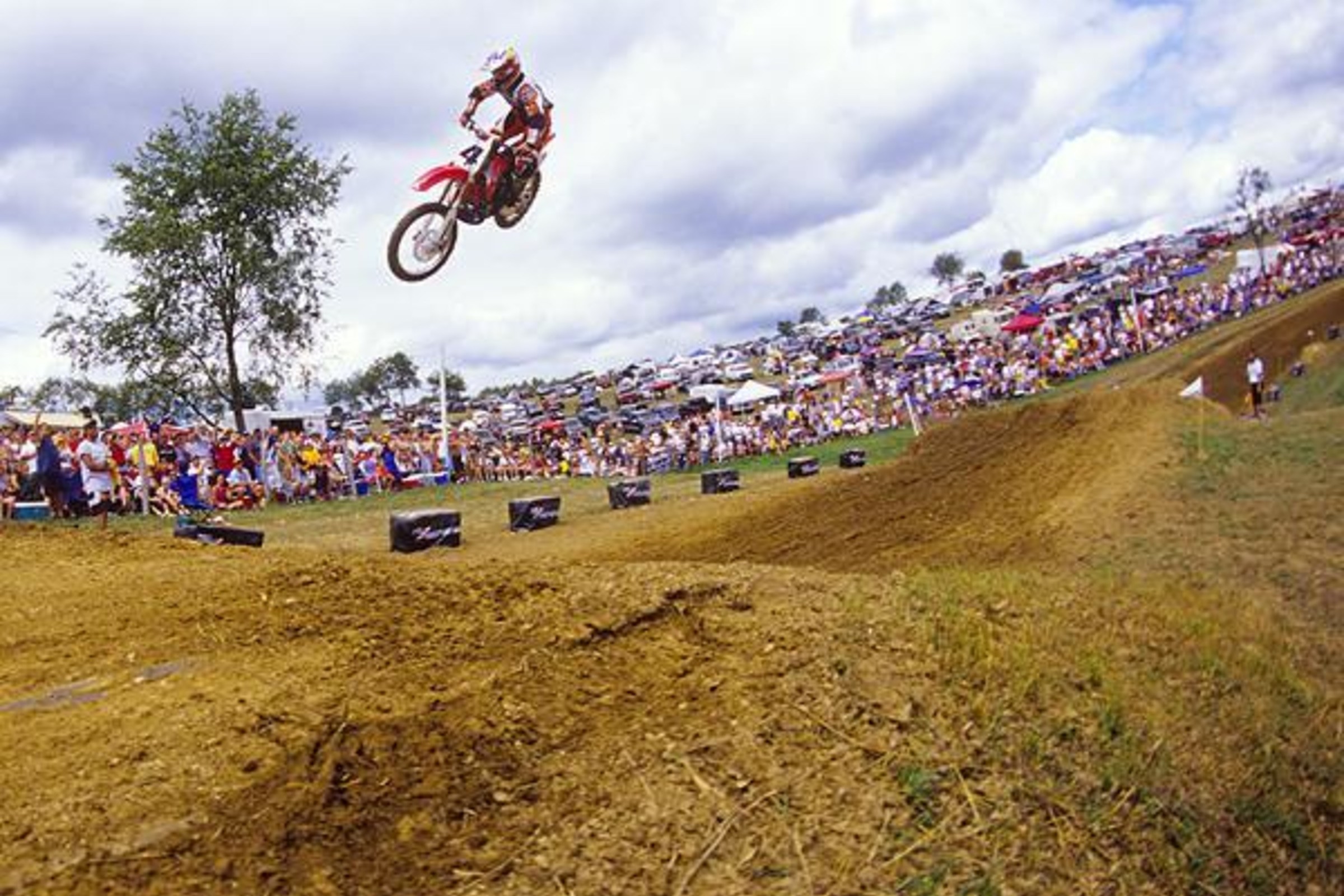 On This Day in Moto September 1

The Popeye's Fried Chicken National at Motocross West outside of New Orleans brings a wrap on the 1975 AMA 125/500 Motocross Championship. Team Honda's Marty Smith once again topped the 125 Class; he had clinched the title well before the finale based on winning every round but the muddy opener back at Hangtown in the spring. Smith was followed by Bultaco rider Dan Turner and Husqvarna's Nils-Arne Nilsson.

In the 500 Class Yamaha's Jimmy Weinert won the race and the title, successfully defending the #1 plate he won the previous year aboard a Kawasaki. The Jammer was trailed in the race by Gary Semics (Kawasaki), Steve Stackable (Maico), Pierre Karsmakers (Honda), Kent Howerton (Husqvarna), John Savitski (Bultaco) and Gary Chaplin (CZ). That's seven different motorcycles on the top seven riders!

The 500cc title fight was a close win and a film was actually made about the season called One Chance to Win which is well worth a spot in your DVD collection. It's a love letter to motocross in the seventies, here's a glimpse:

In the 500 Class Kawasaki's Jeff Ward got the win with 3-1 finishes, bettering the 1-3 of Honda's Jean-Michel Bayle and his teammate Jeff Stanton's 2-2.

In one of the most dramatic conclusions to an AMA National Championship battle, Kawasaki's Jeff Emig straight-up beats his rival Jeremy McGrath of Team Honda in both motos at the Steel City final in Pennsylvania. Emig had come into the race four points up on McGrath, making the race something for a winner-take-all proposition. Emig, who earlier in the years ended McGrath's run at the perfect AMA Supercross season, would later that year join forces with McGrath and '96 AMA 125 National Champion Steve Lamson to make one of the strongest versions of Team USA ever to participate at the Motocross of Nations. Lammy finished second in the 125 class at Steel City to Yamaha's Kevin Windham. He had already successfully retained his #1 plate for Team Honda.

Oh, and finishing eighth overall in his first-ever professional race was Splitfire/Pro Circuit Kawasaki-backed Ricky Carmichael. Want to see what he looked like on day one of his career? Go to the 43-minute mark on this video:

Team Honda's Ricky Carmichael caps the first perfect season in AMA Motocross history, winning both motos at Steel City to give him a perfect 24-0 in his '02 motos aboard the factory CR250. Carmichael had already wrapped up the title, his second in a row on 250s and fifth of what will eventually be 10-straight AMA Pro Motocross Championships. Yamaha's Tim Ferry and Amsoil Honda's Mike LaRocco finished second and third.

In the 125 class the sensational rookie James Stewart caps off a remarkable first year in the series by winning his 10th of 12 rounds of AMA Motocross on the KX125. Stewart was followed by Honda's Ernesto Fonseca and Pro Circuit Kawasaki's Matt Walker.