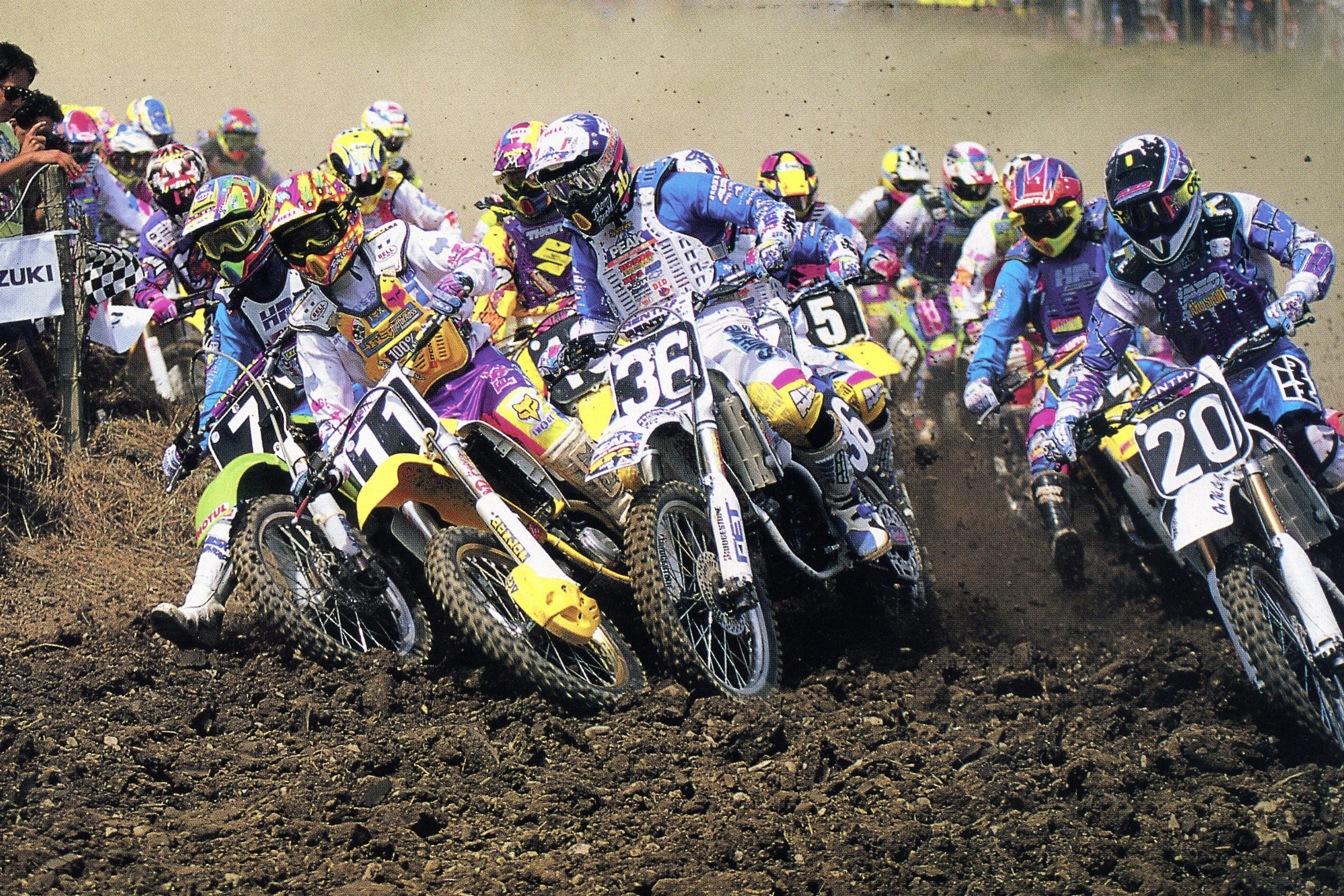 On This Day in Moto August 30

In a move that would rock the American motorcycle industry and pit the AMA against the four Japanese OEMs, it was announced that Honda, Suzuki, and Yamaha were pulling all of their pre-entries for the upcoming Trans-USA Series due to the rising costs of racing and a lack of interest in the once-grand series that was known as the Trans-AMA Series in the seventies. According to Cycle News' Tom Mueller, Honda pulled 11 entries (including 250 Class and AMA Supercross #1 Donnie Hansen, 500cc National Champion Darrell Shultz, David Bailey, Johnny O'Mara, and Danny "Magoo" Chandler), Suzuki pulled five (including 125 champion Mark Barnett and former 250 champion and two-time Trans-USA #1 Kent Howerton), and Yamaha pulled four (including reigning Trans-USA champ Broc Glover, former AMA Supercross champ Mike Bell, multi-time champion Bob Hannah). They cited the fact that the series was no longer necessary, given the lack of European participation and a new emphasis on supercross.

Yet they did go to West Coast promoter Stu Peters of the CMC about an alternate series. "The factories came to me and said, 'We want a five-race series in California, on the same dates as the Trans-USA,' Peters was quoted in Cycle News. "The factories want three classes, they sell three sizes of motorcycles (125, 250, 500). I'm not trying to put the AMA out of business. I didn't take the Trans-USA away from the AMA, the factories did."

Needless to say, a huge anti-trust suit would follow, as the AMA would argue that the OEMs conspired together to put them out of the racing business. The '82 Trans-USA Series would eventually run, though a couple of rounds canceled, and it ended up being Spring Creek (September 26), RedBud (October 3), and Unadilla (October 10). The winner of the series would be Yamaha rider Dave Hollis.

At Broome-Tioga, Kawasaki's Mike Kiedrowski went 1-1 to take the overall in the 500 Class ahead of Honda's Jeff Stanton and Jean-Michel Bayle, the defending series champion.

In the 125 Class, Yamaha's Jeff Emig and Kawasaki's Mike LaRocco traded moto wins, with Emig taking the overall. That left the two of them 47 points apart in LaRocco's favor, with two rounds yet to be run. But those races would have to wait a month, as Emig and LaRocco were headed to Australia for the 1992 Motocross of Nations to join forces with Billy Liles on what would come to be known as the Team USA "B team," managed by Roy Janson.

Yamaha's Doug Henry clinched a historic championship when he became the first four-stroke rider to win an AMA Pro Motocross Championship. Henry won the Broome-Tioga 250 National, and with it, clinched the title early aboard his Pete Steinbrecher-tuned thumper. Suzuki riders Greg Albertyn and Larry Ward rounded out the podium.

In the 125 Class, Ricky Carmichael had a rare off day and finished fourth overall, but he too clinched the AMA National title in his class, his second in a row. Yamaha's John Dowd got the overall win with 1-3 scores to the 6-1 of Suzuki's Robbie Reynard. RC was second in moto one, but tried to cut off John Dowd off the start in the second moto and ended up going down in the first turn, as you will see in the video below: