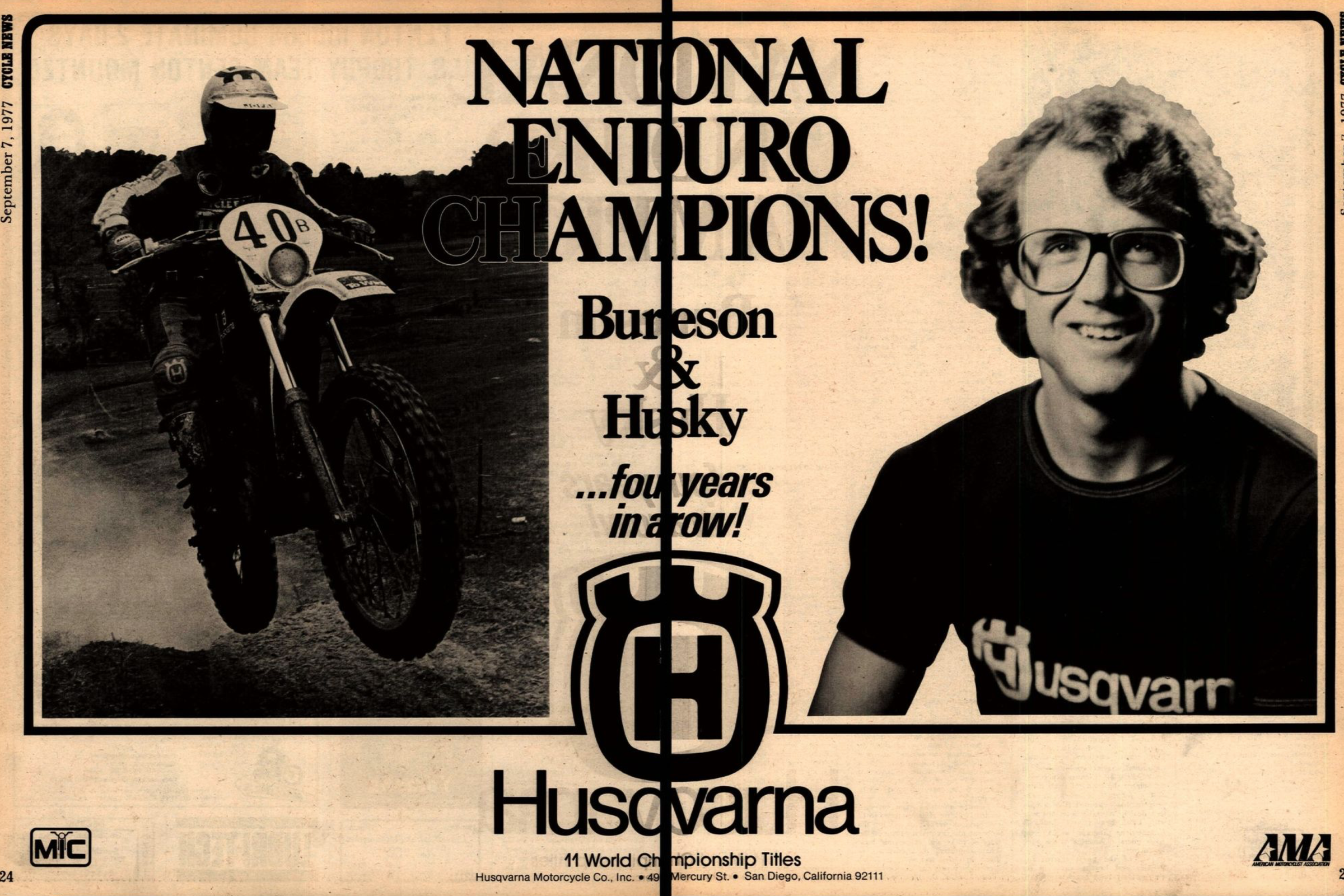 On This Day in Moto August 21

Bob "Hurricane" Hannah won the Atlanta 500 National at Burnt Hickory Motocross in Dallas, Georgia, going 1-1 on his Keith McCarty-tuned Yamaha. Maico's Steve Stackable finished second with 2-6 scores, with Honda's Tommy Croft third. Series frontrunner Marty Smith DNF'd the first moto aboard his works Honda, but came back to finish second in the last moto. Still, the DNF, caused by a collision with a lapped rider, left Smith three points behind Hannah with just one round to go.

Russian KTM rider Gennady Moiseev got back the 250cc world crown he first won in 1974 with a 1-1 sweep of the final round of the 1977 FIM 250cc Motocross World Championship in Finland. His teammate and fellow Soviet Army officer Vladimir Kavinov finished second overall and third for the series.

In the 250 Class, it was one of three summers where Ricky Carmichael won every round, and this time the Suzuki rider went 1-1 on his Makita Suzuki to top the 2-2 of Amsoil/Factory Connection-backed Kevin Windham (2-2) and Team Honda's Ernesto Fonseca (4-3). Carmichael was challenged initially by James Stewart on his underpowered KX250 against RC's RM-Z450 until Stewart crashed big on one of the downhills.

Sixteen-year-old rookie Ron Lechien won the 125 National in Colorado, topping Honda's Johnny O'Mara, the series points leader, and Kawasaki's Jeff Ward in the next-to-last round of the series. In the 250 Class, Honda's David Bailey topped Suzuki-mounted Scott Burnworth and Yamaha's Rick Johnson. And in the 500 Class, Honda-backed Goat Breker took the overall win with 3-2 scores to top his teammate Danny "Magoo" Chandler (5-1) and Kawasaki's Kent Howerton (1-5).

Get the Latest FRom Racer X