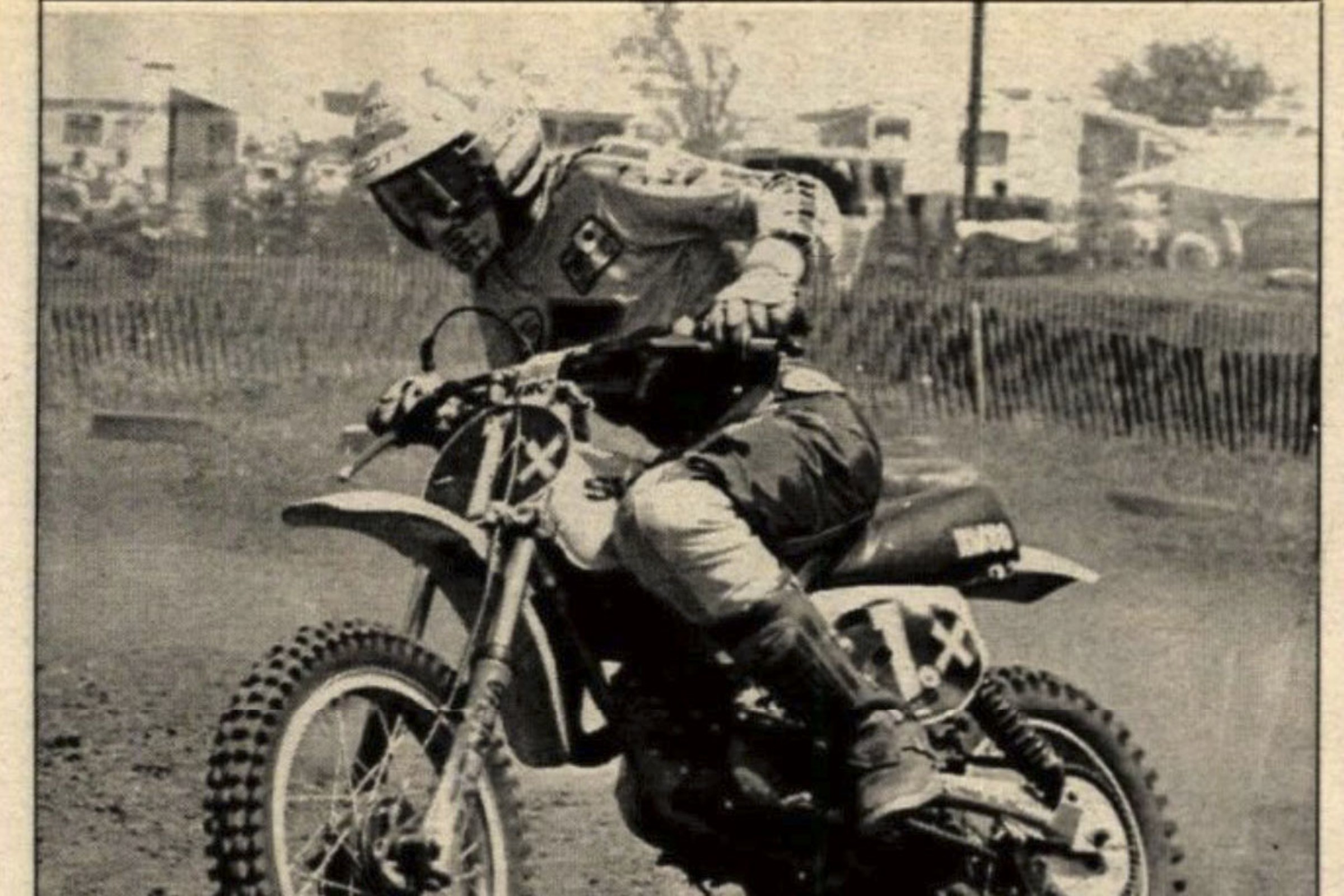 On This Day in Moto August 13

AMA Supercross and Motocross got some bad news when it was reported on this day that Wrangler had decided to end its sponsorship of what was called the Wrangler Grand National Championship after two years. The program combined the points from both SX and MX to come up with one overall "Grand National Champion," and in 1984 it was Team Honda's David Bailey, who also did some part-time modeling for Wrangler, along with other top riders Jeff Ward, Ron Lechien, Mark Barnett, Rick Johnson, and more.

At Agency MX outside St. Joseph, Missouri, a 125/500 National was held, and Bassett Racing Yamaha rider "Rocket" Rex Staten took the 500 win with 2-1 moto scores, topping the 1-3 of defending 500cc National Champion Marty Smith. Finishing third was the man who would soon be #1, Yamaha's Rick Burgett.

In the 125 Class, #1 Broc Glover, also of Team Yamaha, was the overall winner, with Suzuki riders Ron Turner and Mark Gregson second and third. Finishing fourth on a Kawasaki was Gaylon Mosier.

Also, the NMA Grand Nationals at Ponca City wrapped up on this day, and the big winners included some names that would soon become those of top pros: Scott Burnworth and Erik Kehoe.

And in Luxembourg, Heikki Mikkola put the icing on his FIM 500cc Motocross World Championship cake, winning the final round of the year over five-time 500cc World Champion Roger Decoster. For Mikkola, it was his second straight 500cc title. U.S. Honda rider Brad Lackey ended up second in the points, with DeCoster third.

We've posted this before, but here's some footage from the '78 Yamaha season:

At the final 125cc Grand Prix in Germany, two Italian riders—Alessandro Puzar and Alessio Chiodi—were virtually tied going into the final round, but the veteran Puzar edged the future multi-time world champ by going 1-2 to Puzar's 2-3, giving him the title by three points (340 to 337).  And in a swan song of sorts, Dutch Suzuki rider Dave Strijbos, a former 125cc World Champion, won the final moto of his career, the second moto in Germany.

Puzar is #111 in the video, Chiodi is #2, and Strijbos is #4. (You will also catch glimpses of #25 Sebastien Tortelli, and #59 is Jimmy Button. The German finale began after the end of the Indonesian round.)