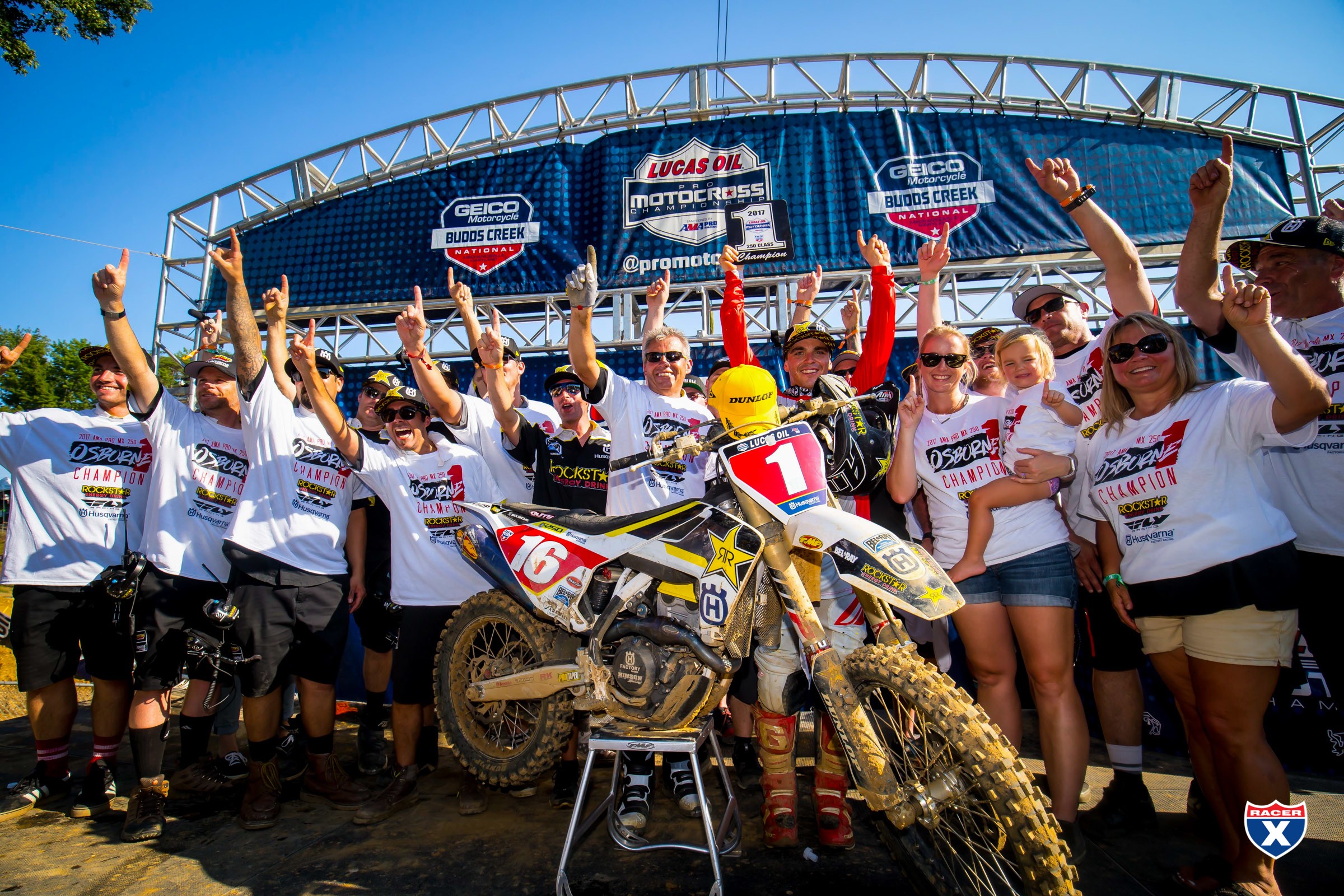 On This Day in Moto August 12

The 1985 AMA Amateur National Motocross Championships are up and running at Loretta Lynn's Ranch in Hurricane Mills, Tennessee. The surge of Hurricane Danny heading that way made for some very muddy motos from Wednesday on. In fact, the rains became so heavy that the race was shortened by one moto due to the fact that the track was underwater. Among the title winners were Jeff Stanton, Damon Bradshaw, Lisa Akin (now Wagner) and my big brother, Tim Coombs.

Yamaha riders Tim Hart and Pierre Karsmakers sweep the 250 and 500 classes at the Lake Whitney National at Lake Whitney Cycle Ranch in Texas. Hart is followed by Husqvarna's Bob Grossi and Honda rider Gary Jones, the defending class champion. Karsmakers is trailed by Kawasaki rider Peter Lamppu and CZ-mounted local star Steve Stackable. The race was run in 100-degree heat, which took it's toll on the riders. Also, young Husqvarna rider Mike Hartwig of Michigan won the second 500 moto, the first of his career.

At Washougal the AMA 125 National Championship battle gets blown up when runaway points leader Jean-Michel Bayle of Team Honda breaks his arm in the whoops. Suzuki riders Guy Cooper, Mike LaRocco, and Larry Ward take full advantage, running 1-2-3 in the overall tally. Cooper will eventually go on to win the title, Suzuki's first since Mark Barnett's last title in 1982.

You will Bayle's crash right after the 45-second mark.

In the 500 Class Honda's Jeff Stanton and Kawasaki's Jeff Ward traded moto wins, with Stanton ending up with the overall via his second moto score. Kawasaki's other riders, Johnny O'Mara and Mike Fisher, were next.

Over in Portugal in the 125cc World Championship finale, U.S. rider Donny Schmit sweeps both motos and then attaches the #1 plate to the front of his Bieffe Suzuki. In doing so he became the second American in as many years to win the FIM 125cc Motocross World Championship, as Trampas Parker had won in 1989, but then moved up to the 250 Class for this season.

Over in Leningrad, Russia, German Maico rider Adolf Weil wins the 250cc Grand Prix over Finland's Heikki Mikkola and Kawasaki's Thorleif Hansen. The series points leader, Hakan Andersson, has problems in both motos and doesn't score any points, but he's got a comfortable points lead and remains atop the standings.

Spring Creek in Millville, Minnesota, is the site of Ricky Carmichael's last AMA race, as the Greatest of All Time finishes up his six-race farewell tour. Carmichael, riding a Makita Suzuki, effortlessly sweeps both motos, with Yamaha's Grant Langston second in both motos. Carmichael's will marks his 150th win in AMA MX/SX and 102 outdoor national win in just 127 total starts.

In the Lites Class Monster Energy/Pro Circuit Kawasaki teammates Ben Townley and Ryan Villopoto trade moto wins, with RV getting the overall nod by virtue of his second moto win.

The 250 Class also saw a first-time outdoor national winner in Adam Cianciarulo of the Monster Energy/Pro Circuit Kawasaki team. But the bigger story was Zach Osborne clinching the 2017 Lucas Oil AMA 250 Pro Motocross Championship with his 8-1 finishes, overcoming a nasty first-turn crash in the first moto, and then third-place Shane McElrath suffering the first "podium injury" in series history when he tried to break the top of his bottle of champagne and ended up severely cutting his hand!