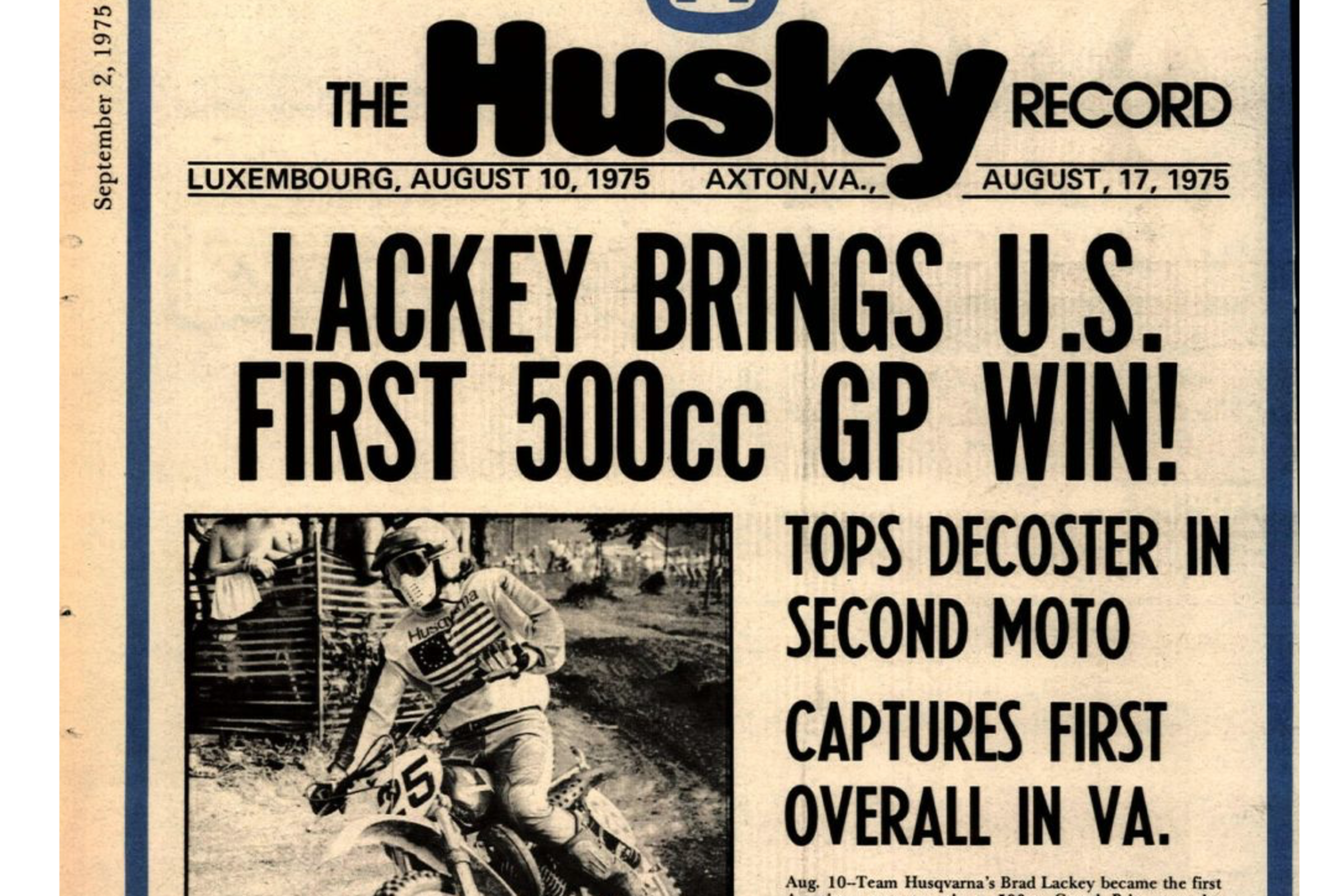 On This Day in Moto August 10

The Second Annual Loretta Lynn's AMA Amateur National Motocross Championship got underway at the Ranch with a much-improved track and even deeper field of talent. The big winner was Texas Yamaha rider Danny Storbeck, who wins three classes. Here's what we wrote about it in the Loretta Lynn's Vault:

There is one record, however, that will likely never be broken. Back in 1983, while the race was still in its infant stages, competitors were allowed to ride up to four classes, not just two. And an extremely fast and promising Yamaha support rider named Danny Storbeck took full advantage of the opportunity ahead of him. Storbeck, who hailed from San Antonio, Texas, showed up on YZ 125s and promptly swept the 125 A Modified and the 125cc (12-15) Schoolboy Stock and Modified classes. He also raced in the 125 A Stock Class, but had a crash in his last moto and finished 27th overall. The overall went to fellow Yamaha rider Keith Bowen from Michigan, with California’s Paul Denis placing second.

Yamaha actually had a banner year in 1983, as Bowen also won 250 A Stock, and Florida’s Kevin Foley won 250 A Modified and Open A. A young Jeff Stanton from Michigan out-dueled Minnesota’s Donny Schmit and Ohio’s Fred Andrews in an incredible 100cc class, and both Ronnie Tichenor and Lisa Akin took home titles as well—Tichenor on his 80 and Akin in the Women’s division.

Beginning in 1984, all riders at Loretta Lynn's would be limited to just two classes.

At the final 500cc Grand Prix of 1975 in Luxembourg, Suzuki's Roger Decoster ended his title run with one more GP overall. All told, Decoster would win seven of the 12 rounds as he wrestled his title back from Husqvarna's Heikki Mikkola. The bigger news in America is that Brad Lackey won a moto in Luxembourg, the first moto win for an American in the world's premier motocross series. One week later, he would be back in the states for the end of the 500 Nationals and win Lake Sugar Tree in Virginia.

In Sweden, Russian KTM rider Evigeny Rybalchenko won the 250cc Grand Prix with 2-1 moto scores. It was the second win of the year for the mostly unknown Russian teammate of reigning 250cc World Champion Gennady Moiseev. German rider Hans Maisch was the winner of the first moto on his Maico, and he finished second overall.

The final round of the 1986 FIM 500cc Motocross World Championship was run in Luxembourg, and Honda's David Thorpe was able to successfully defend his #1 plate with 1-3 moto finishes. The British rider was followed in the final points by his teammates Andre Malherbe and Eric Geboers, and then Kawasaki's Georges Jobe. The top four riders were just 20 points apart at the end of 12 rounds.