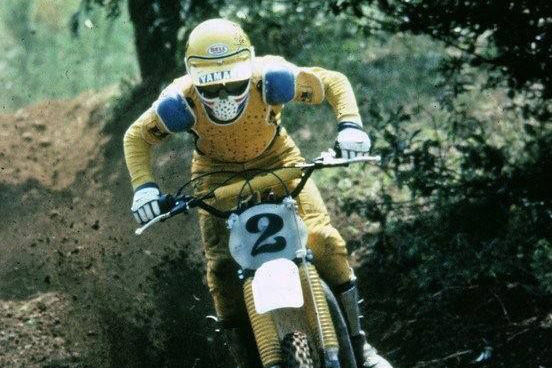 On This Day in Moto August 7

At the 250cc Grand Prix of Switzerland in Frauenfeld, Suzuki's Georges Jobe won back the 250cc world crown that he first wore in 1980 but lost in the last two years to Yamaha riders Neil Hudson ('81) and Danny LaPorte ('82). German rider Rolf Deiffenbach ended up winning the GP with 1-5 finishes, but Jobe's 2-4 rides were enough to mean he had clinched the title back from LaPorte with two races yet to be run. Jobe would then move up to the 500cc class and eventually add three world titles there to his career haul. He passed away in 2012 after a long battle with leukemia, one of the all-time greats of Belgian and world motocross.

That same day at the 500cc Grand Prix of Namur in Belgium, Swedish Yamaha rider Hakan Calrqvist took the overall win with 1-2 finishes, helping him gain several valuable points on Honda's Andre "DiDi" Malherbe in their battle for the 500cc FIM Motocross World Championship. Like Jobe, Carlqvist was a 250cc World Champion who later added a 500cc world title. He also died young, passing away last year at the age of 63 due to a stroke.

At Metrolina Speedway in North Carolina, Bob "Hurricane" Hannah won the 500 National with 2-1 finishes to gain several much-needed points on his rival Marty Smith. Marty struggled to 7-7 finishes in the Carolina clay, where the show was nearly stolen by a couple of others. First, Maico rider Gaylon Mosier, who won the first moto—the last AMA National moto ever won by the German brand. And local privateer Mickey Boone, riding for S&M Cycle Suzuki, finished third overall in front of a hometown crowd in what was the first national ever held in North Carolina.

But the day was Hannah's, as he set a record of sorts: Hannah became the first rider in AMA history to win at least one 125, 250, and 500 National in the same year. His rival Smith had won in all three classes first, but not in the same year.

Boyesen Engineering-backed Yamaha rider John Dowd won the Spring Creek 250 National in Millville, Minnesota, aboard a white YZ250. Dowd went 2-1 to top the 1-2 of Kawasaki's Mike LaRocco. Honda's Jeremy McGrath ran third with 3-3 scores. This was a unique win, because Dowd had picked up a rare, for the time, replacement ride on a factory team. He started the year as a privateer, but inherited a factory Yamaha after the brand parted ways with Michael Craig. Dowd's win was his first on a dry track, as he had famously won the mega-mudder Hangtown National in 1991. This win would springboard Dowd into a main player for race wins and factory rides over the next few seasons.