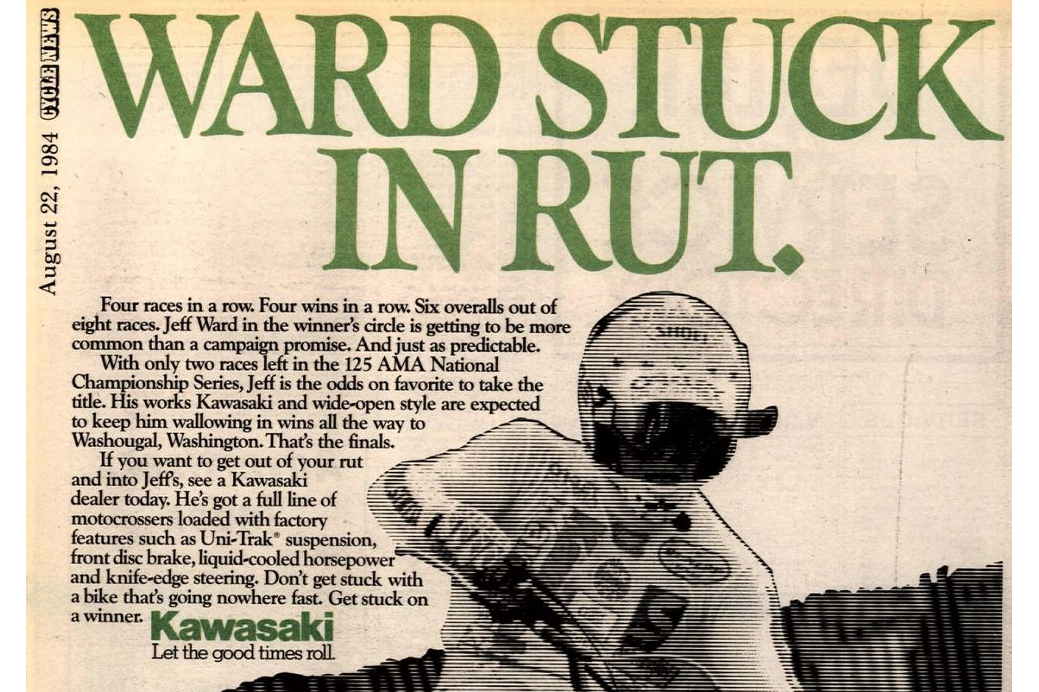 On This Day in Moto August 5

Deadman's Point, out in Apple Valley, California, ran its last race as the owners were bulldozing it to make room for a trailer court in the High Desert. Thought to be the third-oldest track in America, the track was founded in September 1968 by Mike Dressler and his son Bob, according to Cycle News. "Two-strokes sung the racetrack requiem, and nobody will ever forget the legacy of Deadman's Point, Rex Staten." Staten was a regular winner out there, and by this point he was also a Honda factory rider.

As a sort of warm-up for a possible 125cc Grand Prix in St. Charles, Missouri, Swedish Husqvarna rider Nils-Arne Nilsson won the "125 World Championship" in a race otherwise devoid of international talent. Bob Grossi, also on a Husqvarna, finished second, while Mickey Boone raced a Suzuki to third. The FIM wouldn't actually sanction the 125cc World Championship until 1975, and the U.S. round would end up at Pete Wiedner's Mid-Ohio Raceway.

Over in Switzerland, the 250cc World Championship round went to French Yamaha rider Jacky Vimond with 1-1 scores, but the Austrian KTM rider Heinz Kinigadner was crowned FIM World Champion, the first for an Austrian rider. It's was the fourth FIM 250cc world title to go to KTM in the decade since Gennady Moiseev won the first one for the brand in '74.

Suzuki-mounted Michele Rinaldi, hoping to keep the brand's perfect streak of winning every 125cc world title going, went 1-1 in the penultimate round of the series in Finland, but fellow Italian Corrado Maddii finished 5-2 to keep a decent lead in points. However, the last round in Luxembourg on August 12 would not go as planned for the Cagiva-backed Maddii.