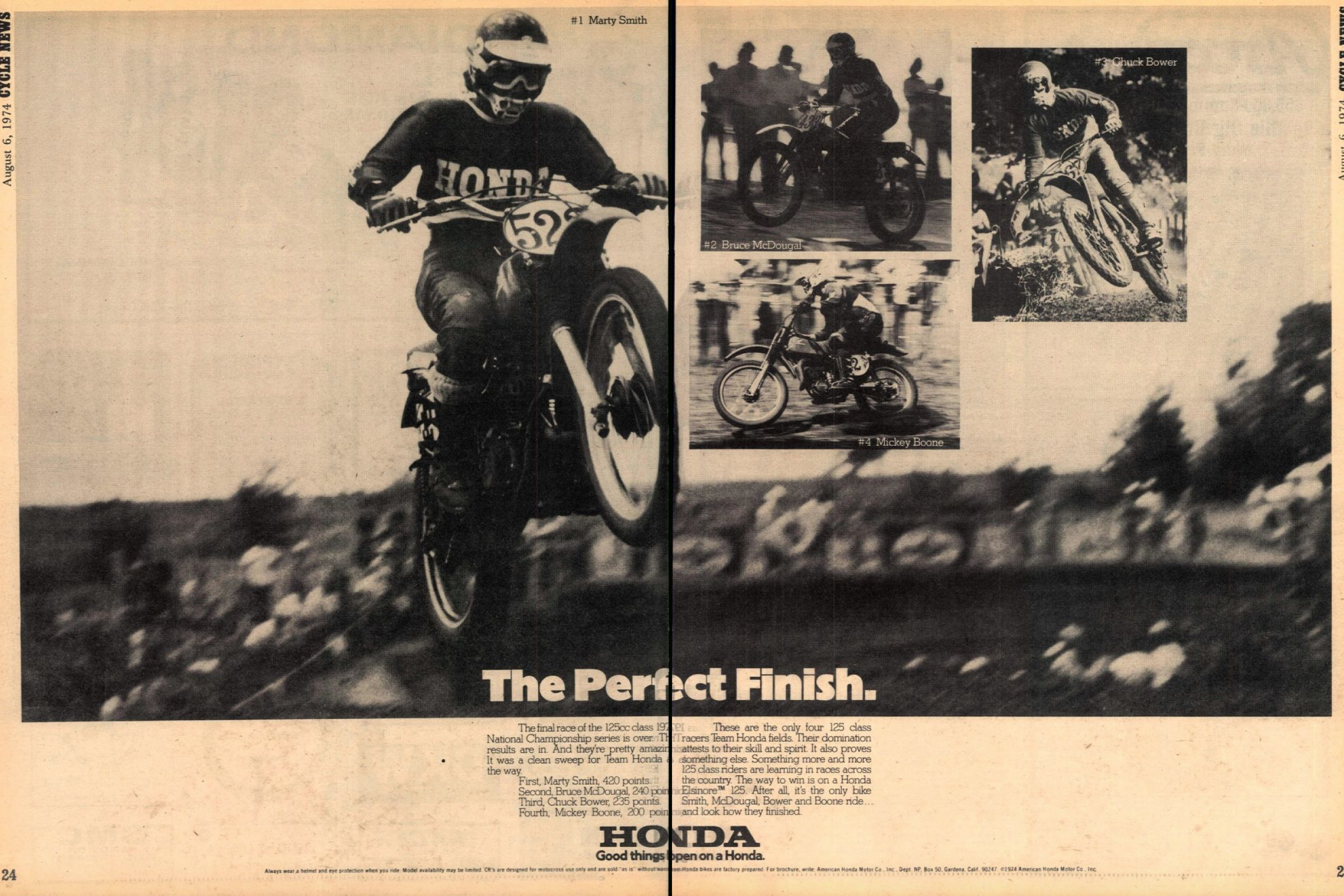 On This Day in Moto July 21

A 125 National was held the same day at Mid-Ohio and the winner was an upset of sorts, as Yamaha's Tim Hart knocked off Team Honda's Marty Smith over the course of three motos. Hart went 2-1-3 to Smith's 1-5-2, while Bruce McDougal ended up third. Mickey Boone was the winner of the third moto.

The 125 National marked the end of that inaugural series, and Smith claimed his first title over his fellow Honda riders McDougal, Chuck Bower, and Boone.

The FIM 250cc Motocross World Championship was going to go down to the wire, as French Yamaha rider Jacky Vimond and Austrian KTM rider Heinz Kinigadner, the defending champion, were only separated by 13 points with two rounds left. However, both were beaten in the Dutch sand by Gert Jan Van Doorn in what was his home race. The Venko Honda-backed Van Doorn swept both motos at Lichtenvoorde while Kinigadner went 4-4 and Vimond 5-10.

Ryan Dungey and Mike Alessi swapped moto wins at the Washougal 450 National, but Red Bull KTM's Dungey got the overall nod from Suzuki's Alessi on the basis of his second-moto win. Third with 4-3 scores was Team Honda's Andrew Short.

GEICO Honda's Justin Barcia got the 250 Class win with 1-2 scores over his teammate Eli Tomac's 2-3 finishes and the 6-1 of Monster Energy/Pro Circuit Kawasaki's Blake Baggett.

Team Honda's Ricky Carmichael was well on his way to the first perfect season in AMA Motocross history, and he rolled through Unadilla in upstate New York with another 1-1 sweep. Team Yamaha's Tim Ferry posted a 2-2 for second and Amsoil/Factory Connection Honda's Mike LaRocco posted 3-3 scores.

Former three-time FIM Motocross World Champion Greg Albertyn of South Africa geot his first win on the AMA circuit after nearly two full, frustrating years. The factory Suzuki rider racked up a 2-2 score at Unadilla to get his maiden American win. The moto winners were title combatants Jeremy McGrath and Jeff Emig, but neither finished on the podium in the other motos. (Turn the sound up on this one, it's the golden pipes of Art Eckman!)

The 125 Class was taken by Honda's Steve Lamson, the defending class champion. Yamaha riders Kevin Windham and John Dowd rounded out the podium.

Lake Sugar Tree in Axton, Virginia, hosted the first round of the AMA 125/250 National Motocross Championship, and Team Honda's Jeff Stanton got the better of his teammate and bitter rival Jean-Michel Bayle. They split moto wins, but Stanton had the better second moto. Crowd favorite Damon Bradshaw, a regular visitor to Lake Sugar Tree growing up, placed third overall.

Down in Brazil, a round of the FIM 125cc World Championship was hosted, and Belgium's rising star Stefan Everts took both motos and the overall win over U.S. KTM rider Bobby Moore and Italy's Andrea Bartolini.

It wasn't on this day, but this just got sent in by my friend Luciano Costa: rare color footage of the 1964 FIM 250cc Grand Prix of Italy. It's amazing stuff!