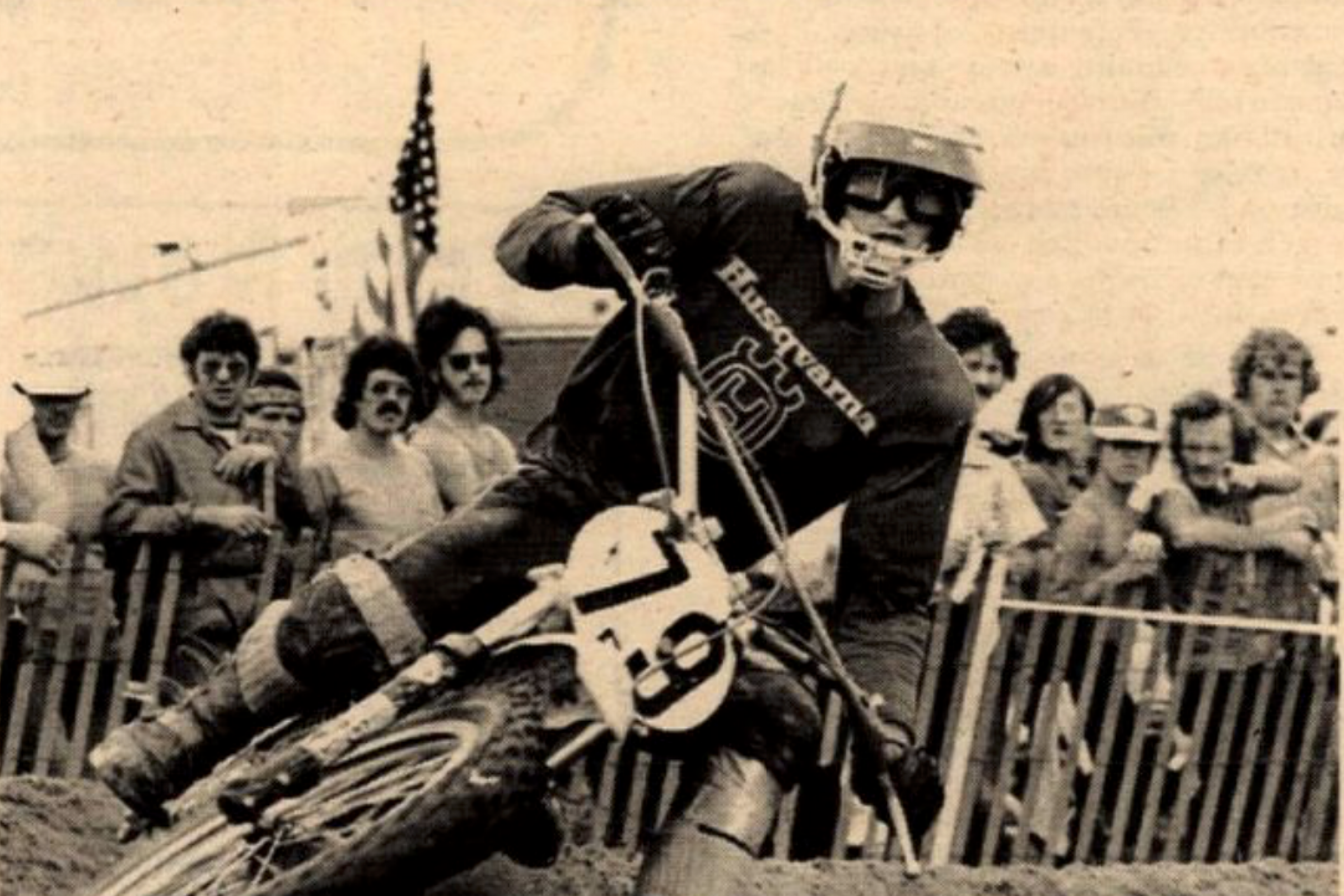 On This Day in Moto July 15

And here are some Dutch news highlights of Stanton's Unadilla 250cc USGP win.

In Germany, the Belgian KTM rider Jacky Martens went 1-1 to take the overall from eventual 1991 500cc Motocross World Champion Eric Geboers of Team Honda. Finishing third in each moto were a couple of well-known British riders in Paul Malin and Mervyn Anstie, the father of last year's Motocross of Nations' hero Max Anstie.

At Baldwin Motocross Park in Kansas, the Dutch Yamaha rider Pierre Karsmakers won the 250 Inter-Am over CZ rider Antonin Babarovsky of Czechoslovakia and Finnish Husqvarna rider Heikki Mikkola. The race also doubled as a 250 National, so after the European riders were taken out of the results (though not Karsmakers, who moved to the U.S. in 1973), there were "more American" results: Bultaco's Jim Pomeroy, who was racing primarily in Europe that summer on the 250 Grand Prix circuit, and Kawasaki's Brad Lackey, who was doing likewise on the 500 Grand Prix tour. The first moto ended with a fistfight between Karsmakers and Babarovsky after they collided just after the finish.

In the 500 Support class (which did not count as a national), Michigan's Mike Hartwig dominated by winning all three 20-minute motos.

On July 15, 1984, the 250cc Grand Prix at Heerlen in the Netherlands was won by French Yamaha rider Jacky Vimond, followed by his countryman Yannig Kervella and Swedish rider Jorgen Nilsson. The race is listed in our friend Gilou's brilliant Grand Prix results site www.memotocross.fr as only running on moto. We have no idea why, as there is no mention of the race in Cycle News, either! But future 250cc Motocross World Champion Heinz Kinigadner, fifth on the day, made the cover of Cycle News, as there is a feature interview with him but no report on the race.

And news hit the California motocross community hard when Saddleback Park, owned by the Irvine Company, a massive landholder in Southern California, shut the facility down just before a CRC event after promoter Marvin Hendricks lost his $5 million liability insurance policy after a head-on collision on one of the nearby trails resulted in the death of a ten-year-old ATV rider. The park was still reeling from the death of an employee named Everett Grant who had rolled a water truck down an embankment near Webco Hill. Hendricks would briefly get the insurance coverage back in place, but the days were numbered for the most famous and popular track and riding area in Southern California.

When Ricky Carmichael mades good on his plan to stop racing after the first five nationals of the 2007 AMA Motocross season as part of his farewell season, the door was wide open for Kawasaki's James Stewart to immediately take over. But Stewart crashed out of practice at the first race that Carmichael, the series points leader, missed, which is Unadilla. Stewart suffers a concussion and would sit out the day, opening the door for Honda-mounted Kevin Windham to take the win with 1-3 moto scores to the 5-1 of Kawasaki's Tim Ferry.

For Carmichael, his decision not to race marked the first time since he turned professional for the last race of 1996 that he missed an AMA Motocross start. He had gone a record 126 straight races, winning 101 of them at that point. He would race one more national in August at Spring Creek. And yes, he would win. His last professional race would be the 2007 Motocross of Nations at Budds Creek. Yes, again.

In the 250 Class, Monster Energy/Pro Circuit Kawasaki's Ben Townley grabbed the overall win with 1-2 moto scores to the 2-3 or Suzuki's Ryan Dungey. Defending class champion Ryan Villopoto won the second moto, but suffered a broken bike the first time out.