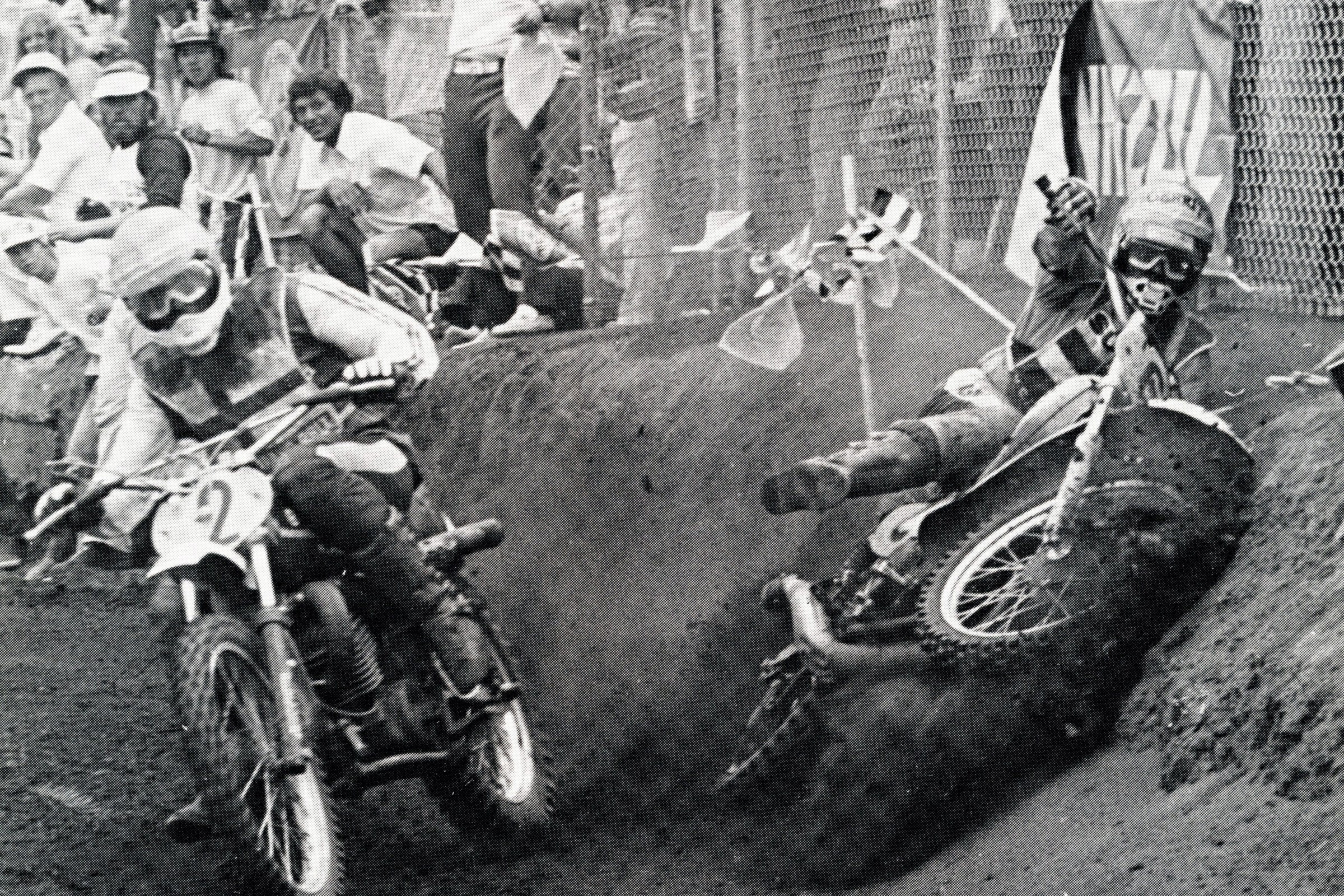 On This Day in Moto July 14

In one of the most thrilling finishes in motocross history, Dutch rider Gerrit Wolsink crashes his Suzuki across the finish line at the 1974 Hang-Ten 500cc U.S. Grand Prix of Motocross while successfully holding off Husqvarna's Heikki Mikkola for the win. The incident is featured on ABC's Wide World of Sports overage of the event. The win is the first of what will be an incredible five USGP wins in six years for Wolsink, but it's Mikkola who will go on to be the 1974 FIM 500cc World Champion, as well as the one man to beat Wolsink at Carlsbad between '74 and '79 when he wins the '78 version of the event.

The winner of the 250 Support class is Honda's Rich Eierstedt.

At the U.S. 250cc Grand Prix at Unadilla, Team Honda's Jeff Stanton won for the second year in a row, though this time he split moto wins with fellow American Mike LaRocco, who was riding for Team Suzuki. Third-place went to Belgian Yamaha rider Marnicq Bervoets, who went 4-3 in the two motos. Trampas Parker, an American ex-pat going for the '91 250cc World Championship, was second in the first moto and then eighth the second time out.

American Johnny O'Mara added yet another international win to his collection with the overall at the Unadilla 250cc USGP at Unadilla. O'Mara went 2-1 on his factory Honda to collect the win over Bob "Hurricane" Hannah, his Honda teammate, who went 1-5. America-based riders actually swept the first five overall positions as O'Mara and Hannah were followed by crowd favorite JoJo Keller, Kawasaki's Mark Barnett, and Yamaha's Rick Johnson. The top European was defending 250cc FIM World Champion Heinz Kinigadner, who went 6-6 for sixth overall.

In that race, Trampas Parker came in 35 points down on Alex Puzar, the defending champ. But a first-moto, first-turn crash ended Puzar's day and reset the 250cc World Championship standings, and the Honda-mounted Parker began his ascent to a second FIM World Championship (he was the '89 125cc World Champ).